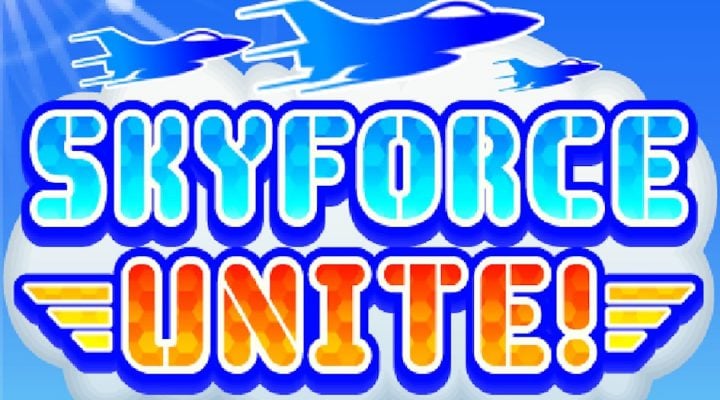 No shortage of things to do

Once upon a time the name “Kairosoft” was synonymous with “insta-buy” for me. The small developer made a very big splash with Game Dev Story, and later releases were usually just as enjoyable. Then things started to become a little too iterative for my taste. Then they went through an awkward phase where they tried to carve out their own niche in the freemium market. Then they sort of went back to premium releases, I guess? I honestly stopped paying much attention shortly after Beastie Bay.

Where was I going with this? Oh, right. Skyforce Unite! is another of Kairosoft’s free-to-play attempts, but since it’s been more than three years since my last go-around with one of their freebies, it feels like a massive improvement. 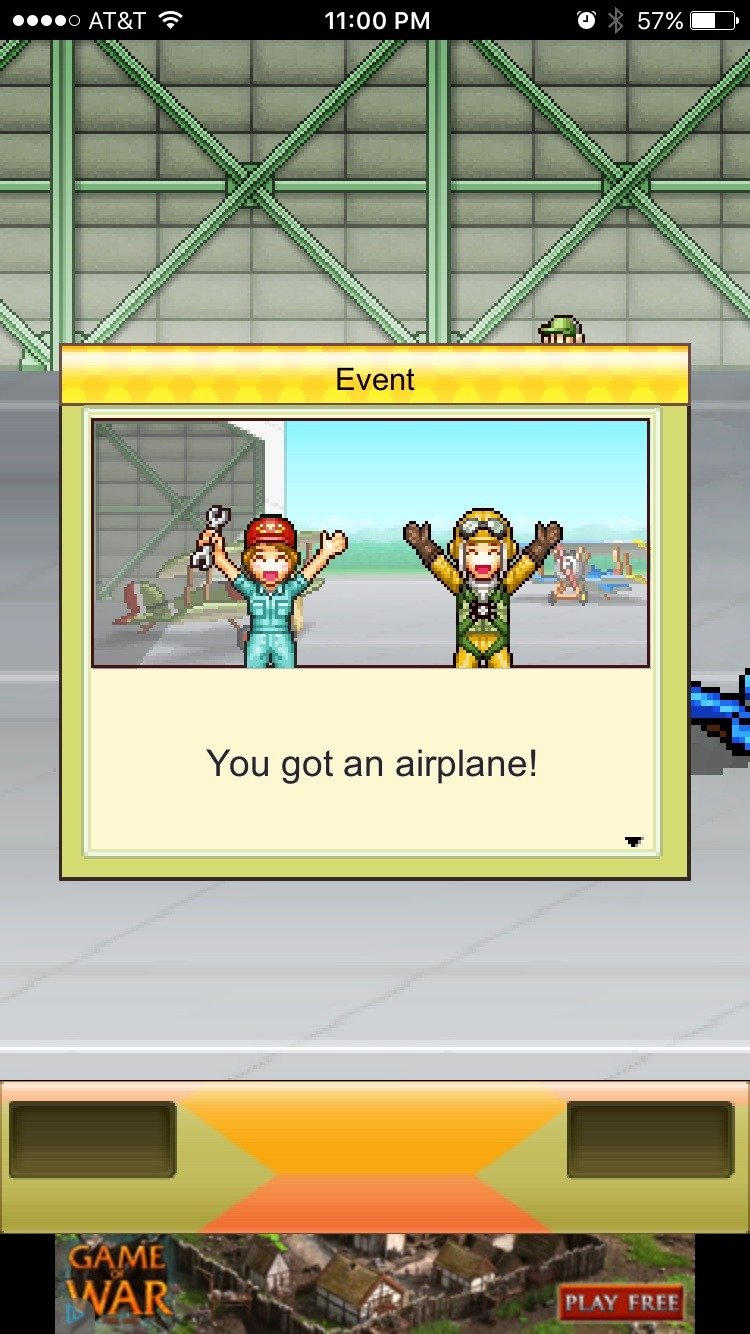 Skyforce Unite! is kind of similar to most other Kairosoft games. It has the same cartoony tone, many of the same goofy cameos are present, and all the individually simplistic elements come together to create something that feels complex and satisfying to play. Then, as expected, it takes a fairly common idea – in this case, being an adventurous airplane pilot – and turns it into something that’s remarkably difficult to stop playing.

It’s also a bit different, though. Players can train and level-up their main character and apprentices, but the bulk of the flight team will be made up of non-upgradeable hired guns (so to speak) at the start. There’s a much larger importance places on individual planes and equipment as well. Then there’s the expeditions, which play out like a sort of board game where the aim is to explore as much of the area as possible before reaching the goal; but also before running out of turns. 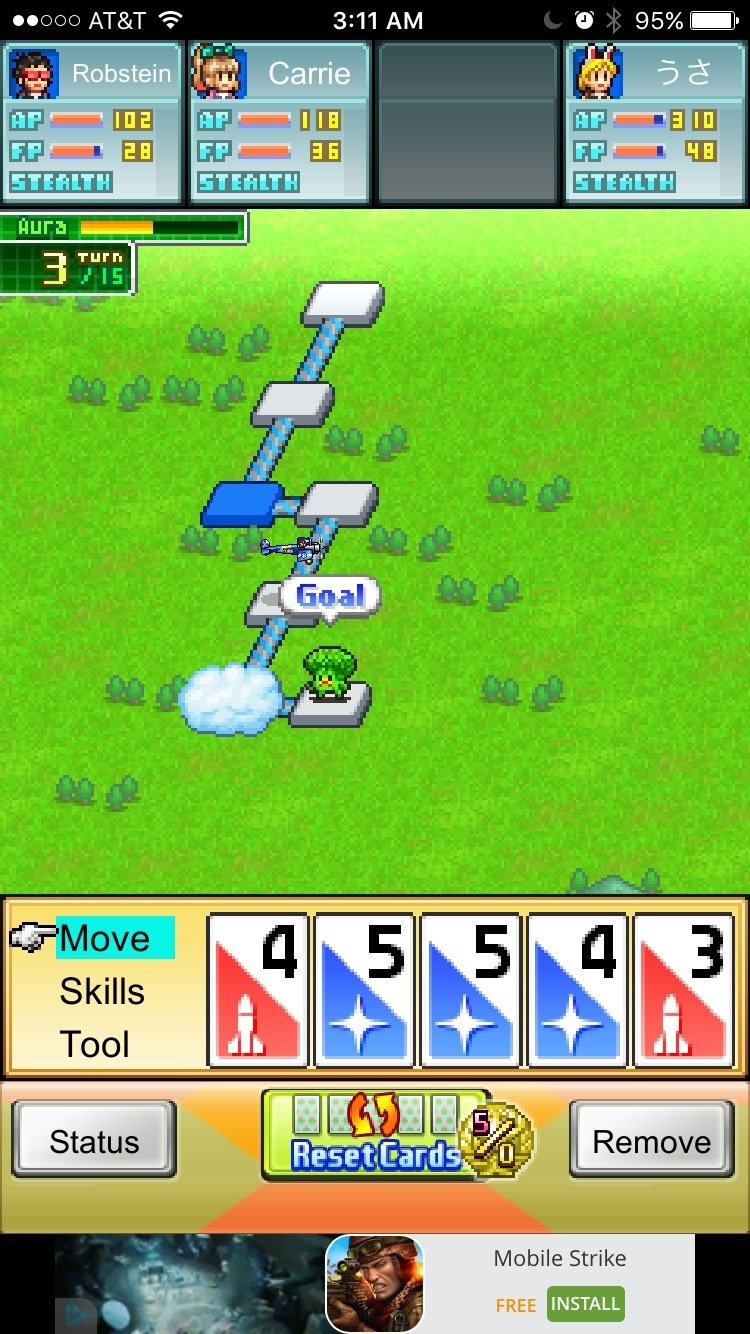 I like the flow of Skyforce Unite! quite a bit, actually. Adventuring is satisfying for someone like me who compulsively tries to 100% every level, and there are plenty of goodies and other perks to find. I also appreciate the nuanced oddity that is the movement and combat system – where numbered cards determine how many tiles the team can move on a turn, but those same cards are also necessary for activating different skills during a fight. It creates a cool little system of give-and-take where players have to be mindful of what they use and when, or else they’ll have a harder time getting around/fighting off enemies. The only problem with this is how the random card draws often forced me to waste turns in order to fully explore the map.

There’s a fair bit of stuff to do back at the home base as well. The main playable character can learn new abilities or train them to be more effective, increase attributes to make them more effective in combat, and equip stuff like hats and weapons to give them even more of a boost. Items bought or earned while exploring can be used to build new rooms, unlock new gear, open up new training options, and so on. New planes can be bought, earned in a sort of lottery using premium currency (i.e. medals), and leveled-up using upgrade items. Aircraft weapons can be similarly unlocked and upgraded. Missions can be taken on from a bulletin board for all sorts of worthwhile rewards. More and more stuff keeps opening up, but unlike a lot of free games there aren’t any grayed-out spots in the menu to tease players with what’s to come. Instead, every new addition is a total surprise – and I’m absolutely okay with that. 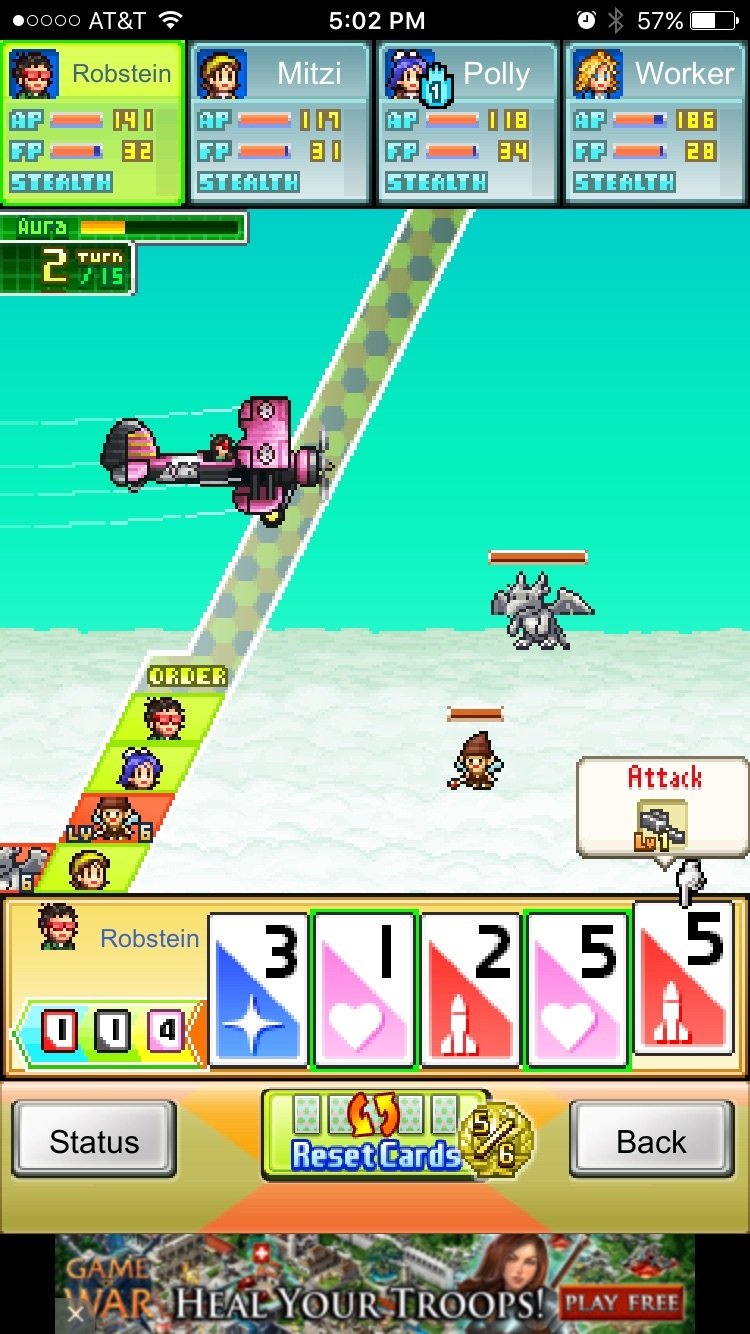 Of course, as is sadly typical of many Kairosoft games, many of these elements aren’t explained very well. Want to switch to a new plane? Good luck figuring out how to do that (it can only be done from the expedition/mission prep screen, by the way). Remember that weird item reward from the last mission? Well the item description isn’t going to help make any sense of how it’s supposed to be used. Skyforce Unite! is packed with all sorts of intricate (but actually quite simple) ideas and options that will inevitably feel overwhelming because of this. It’s not an insurmountable problem, but it’s disappointing that they still make mistakes like this.

Skyforce Unite! is absolutely worth sticking with, though. Once all of the interlocking systems begin to make sense it becomes every bit as habit-forming as the likes of Game Dev Story, Mega Mall Story, Dungeon Village, and so on. In fact, it’s one of the few instances where I’d argue that the inclusion of a refilling stamina meter (because free-to-play) is actually a good idea.