Sky Racket [Switch] Review – Having a (Bat and) Ball 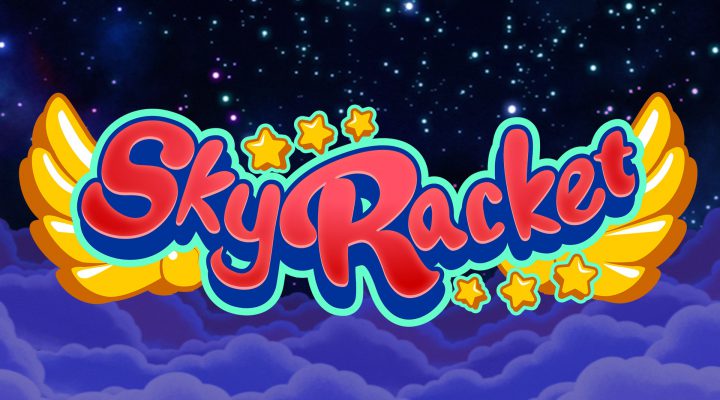 Lacks the design clarity of its inspirations

Combining two good things is usually a recipe for success, right? So combining three surely guarantees you a hit?

Well, Sky Racket proves that old adage of “less than the sum of it parts” true yet again. It is part tennis game, part side scrolling shmup, and part Breakout game – yet it fails to be as good as any of its many inspirations. It is far from a failure, but you’re left with a slightly empty feeling after playing it.

It certainly looks the part though, with an appealing pixel art retro aesthetic – and it’s easy enough to grasp the basics too.

You play as either RacketBoy or RacketGirl, and have to fight our way through a range of obstacles and foes. Even though the screen scrolls from left to right you have no projectile weapons however – just your racket.

With this you can hit bullets and enemies, and clear certain obstacles. You have to time your swings correctly and be careful to aim carefully – as you can end up using a bullet repeatedly if you deflect it off the correct foes.

Now this all sounds excellent on paper, and often SkyRacket is a joy to play – especially with a second player. But there’s something slightly unsatisfying about it all that means it’s not easy to completely recommend.

One issue is the large size of your sprite, with many levels requiring you to dodge a huge number of projectiles. It often feels difficult and fiddly, like you’re trying to manoeuvre a van through a narrow back alley. A van who happens to be armed with a tennis racket.

Sky Racket is also quite a short game, and could leave you feeling a little short-changed if you pay full price for it. As mentioned this is an experience best played with two players, but still doesn’t quite offer enough to make it your next must-play co-op title.

Ultimately in borrowing from so many genres Sky Racket is hugely appealing and hard to resist on a base level, but somehow lacks the clarity of the classics it cribs from.

Arknights Review: A Dystopian Strategy RPG with a Twist

Mr. Pumpkin 2: Walls of Kowloon Review – A Solid Adventure with a Great Setting