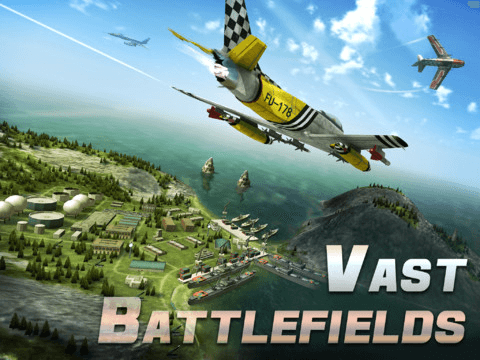 Cry havoc, and then cry foul.

I like aviation and warplanes as much as the average person, but for an air combat game to really hold my attention, it needs to offer two things: options and fun. Sky Gamblers: Cold War is absolutely brimming with the former, so much so that it can be difficult to know where to begin. However, it’s also distinctly lacking the latter.

Sky Gamblers: Cold War offers something for everyone. It features a single player campaign, wave survival, dogfights, Deathmatch, Team Deathmatch, Base Defense, Capture the Flag, Last Man Standing, and a free flight mode, as well as several options for online play. It’s also filled with lots of different planes, each with their own performance stats. Even the controls offer up several options like virtual stick movement and several different types of accelerometer choices. As players shoot down enemy planes, they’ll earn Ace Points, and the more Ace Points they have, the more planes they’ll be able to use throughout all the different game modes (except the campaign).

I was definitely impressed by the visuals in Sky Gamblers: Cold War, but I was even more impressed with how many different ways the player is able to enjoy them. There are quite a few camera options, including an “inside the cockpit” view complete with control panels; most of which can also be adjusted temporarily with a swipe of the finger. There’s also a surprisingly cool autopilot mode that can be turned on, which will maneuver the plane automatically while players just worry about attacking when the reticles line up. It’s not a true substitution for actual player skill, but it’s a neat way for more casual iOS gamers to try their hand at being a flying ace, and it’s a fantastic way to show off the visuals without breaking the player’s concentration.

The sheer volume of playable modes and planes is also really, really impressive. And I have to admit: I actually found the accelerometer controls to be preferable to the virtual stick, which is something I wasn’t expecting. I think it’s the fact that the tilt controls can be re-calibrated easily and have a small “dead zone” that pretty much eliminates the need to constantly readjust my course when simply trying to fly straight. 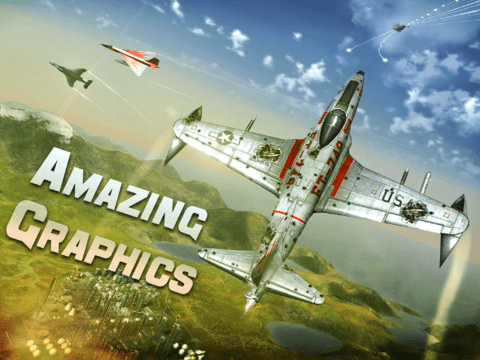 The problem is, for all its options and modes, Sky Gamblers: Cold War drops the ball constantly when it comes to gameplay. The virtual stick controls don’t always respond as they should, and the hit box feels too small. The buttons for firing missiles and machine guns also feel too small and don’t always trigger when I think I’ve tapped them. Important information such as flag carrier locations during CTF matches is incredibly difficult to figure out.

On top of all that, the single player campaign missions are pretty bad. They tend to last too long and feel drawn out, often subscribing to an overly simple “go here, shoot down planes, now go here, shoot down planes, etc” structure; and when they don’t follow that pattern (such as with the second mission where players control a machine gun turret on a helicopter), they’re even more underwhelming. 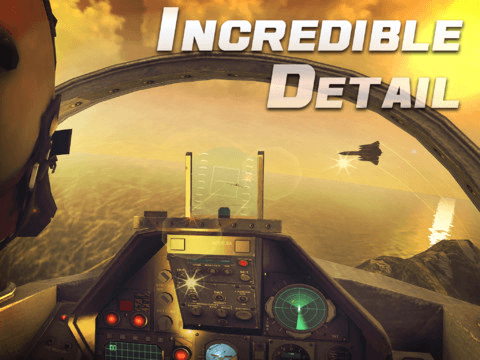 Sky Gamblers: Cold War seems like it should be a great title for air combat fans, but it puts the focus too much on quantity over quality. The controls are too small and occasionally unresponsive, the HUD has a tendency to avoid sharing important information, and the single player missions – while appreciated – could have been a lot better. It’s decent fun for the most part, but not as much fun as it could have been.