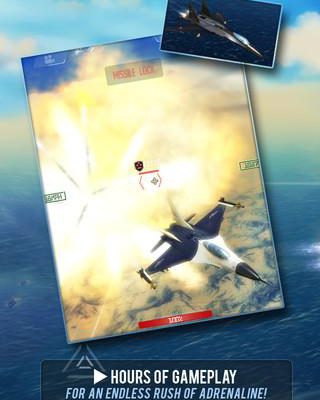 Prove your supremacy in the sky

Home consoles and PCs are chock full of titles that simulate flight combat, and now with Namco Bandai’s Sky Gamblers: Air Supremacy, iPhone players have a solid game to take to the sky and take it bogeys. While it does have its share of flaws, a good number of gameplay options help to justify the asking price.

The first thing you’ll want to do is go in Sky Gamblers: Air Supremacy is through the training missions. Even when using the “casual” accelerometer setting, there are a fair number of controls and options that you’ll have to master. Controlling the plane is fairly straight forward in practice—tilting the phone up, down, left or right will make the plan go in that direction. There are some advanced controls, such as swiping the screen up or down once or twice will send the plane into various tricks, such as loops, to get you turned around quicker. You can also touch the screen and swipe forward to increase or decrease speed. In addition to the controls that have domain over your own plane, you will be accompanied by wingmen who you can give orders to attack enemies or stay in a defensive position to provide you direct support.

The controls are definitely a little overwhelming at first, and you will need to weed out which ones you would just rather not bother with (I’m looking at you, quick swipes to turn). More advanced players will definitely appreciate the level of control options. I played the game with accelerometer controls, but there are three other options in the game, so you should be able to find one that you’re comfortable with. If you do choose to use accelerometer controls, a word of caution—it is very easy to be inaccurate at the outset because you aren’t necessarily thinking about how you’re holding your phone. Countless times I got crossed up getting to objectives or attacking enemy planes and targets because I was overcompensating constantly. 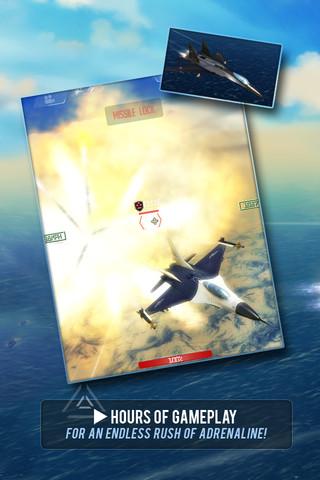 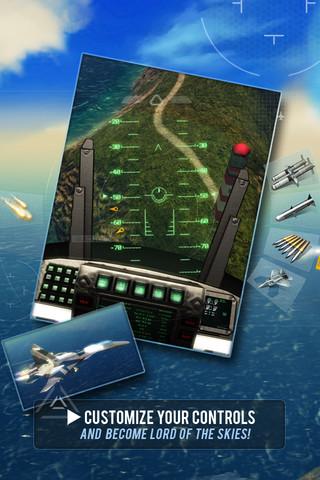 In addition to a decently sized campaign mode, the game also includes dogfight missions for you to play through and a robust multiplayer mode, complete with hallmarks like team deathmatch, capture the flag, and base defense. The campaign mode would probably have been better served with more missions that are shorter. Each mission is about a 10 minute investment of time, which is probably a bit too long for a mobile game. Luckily, you can pause the game if the need arises.

While the game will take most players a bit of time to get acclimated to its controls (fairly standard for most flight games), once you do, you have a solid flight combat title for your iPhone. The 3D engine the game uses is surprisingly well done, with well detailed plane models and decent environments. If you have interest in taking to the sky and sending jets to the ground in a ball of fire, you should consider giving Sky Gamblers: Air Supremacy a shot.