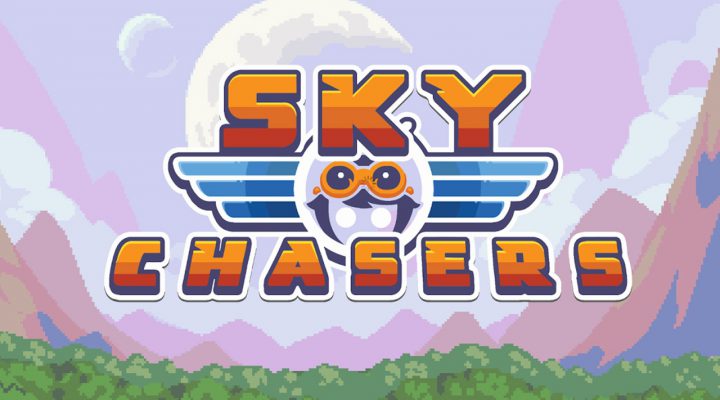 I know a lot of frustrated parents who spend hundreds of dollars on their kids’ Christmas presents, only to discover that the kids want to play with the empty boxes more than the toys themselves. Well they should keep their kids far away from Sky Chasers if they ever hope to break them of their box obsessions. In Sky Chasers a cardboard box is basically the best hovercraft around, and with just a two button control layout it makes for easy piloting for gamers of all ages.

Sky Chasers starts with players being laughed at, because their hovercraft is a cardboard box and all their friends have cool, decked-out hovercraft that actually look like they probably could work. After being laughed at, players must do their best to fly through the game’s (currently) three worlds while collecting gold coins and diamonds, upgrading their ship, and dodging mean critters. Why? I don’t know.

Because the game’s main mechanic is navigating a clumsy hovercraft, all of that is easier said (and read) than done. 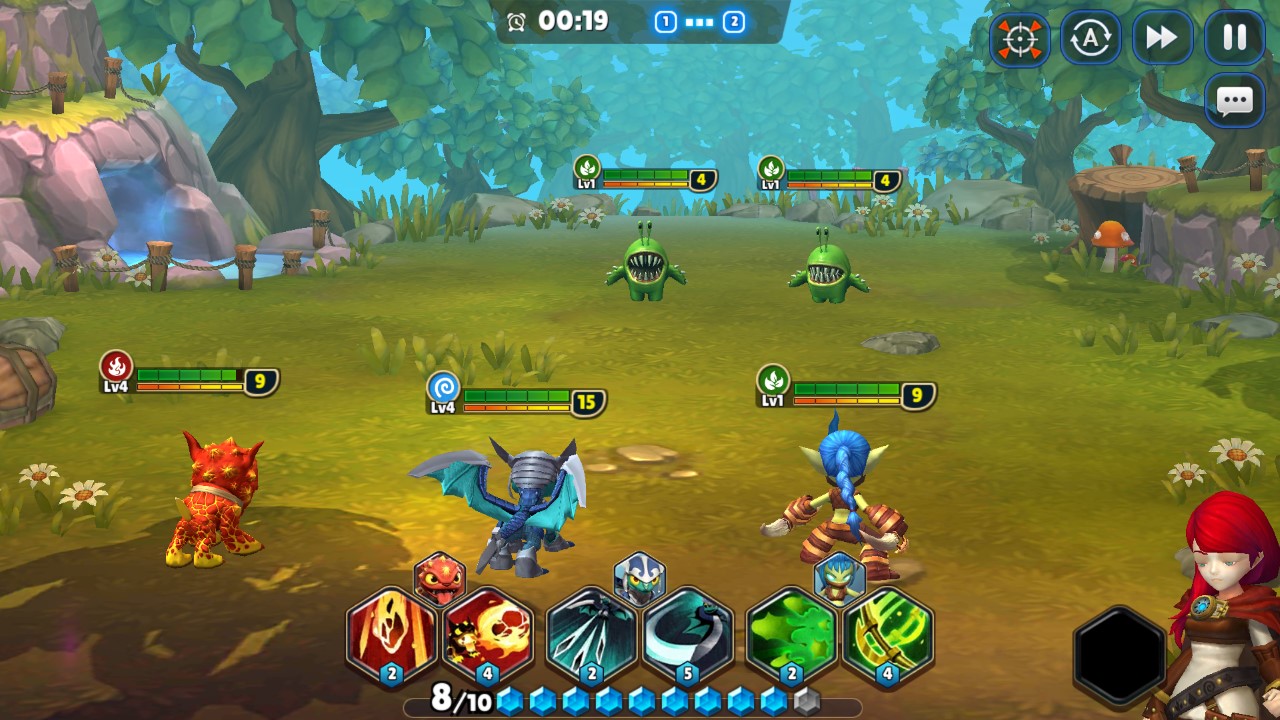 In the empty vastness of deep space, this sort of navigation system would be very easy to work with. Unfortunately for players, there is nothing empty about the levels in Sky Chasers. Each world is a labyrinth of passages crammed with dangers. From thorny walls to giant, chomping, venus flytrap-like monsters, players will have to do their best to dodge it all. The hover ship has energy which acts as both a fuel and a shield. Taking damage uses up that energy in large chunks, while using the thursters gradually drains the energy over time. 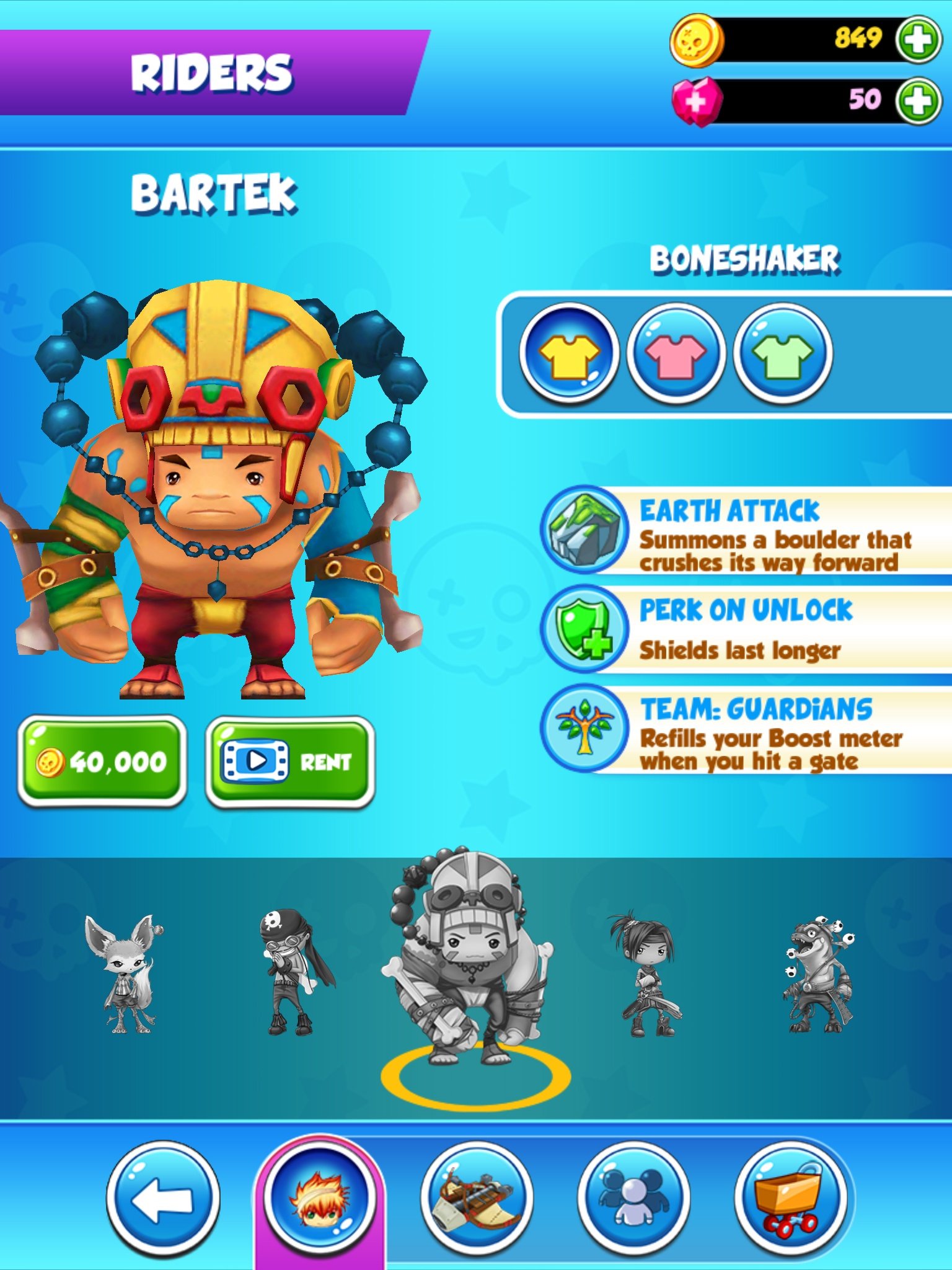 Luckily, checkpoints are very common and take the form of little landing platforms. Just park the hovercraft on top of one, pay a little fee (using the coins you’ve been picking up) to refuel, and you can go on your way. This is where Sky Chasers is going to lose some players; to activate a checkpoint players must either make a one-time IAP or watch a 30-ish second advertisement. If you pay the fee, every checkpoint is active as soon as you land on it. If not, you’ll have to watch the ad to activate the platform.

It seems kind of cheap, but so is the price of the game, so if it’s really that big of an annoyance just make the in-app purchase.

My only real issue with Sky Chasers is the occasional bug I ran into. There were times when the camera would catch and not pan as fast as I was moving towards the edge of the screen, making it difficult to see where I was heading, and more than once I dropped an object that I was carrying and it fell into an area that was inaccessible to me. These were just minor frustrations though, as the checkpoints were abundant enough that restarting from one never put me too far behind.

Sky Chasers is a game that’s as challenging as it is beautiful. The cheerful pixel art invites you in and the easy-to-play game mechanics keep you there. Even with the occasional bug and having ads thrown at me all the time, I really enjoyed my time with Sky Chasers. I’m looking forward to the new levels already.

Crashlands Review: In a Big Country