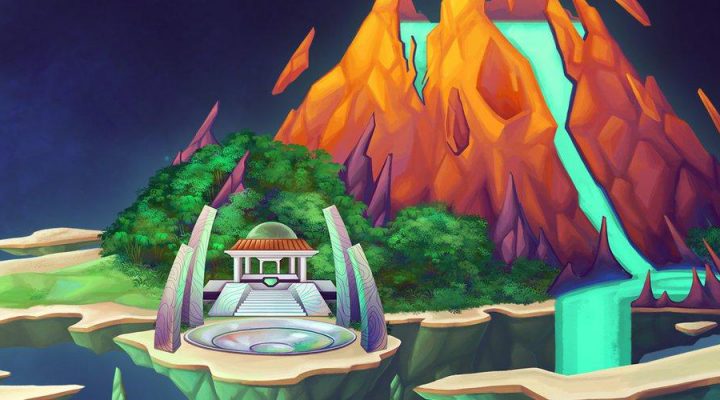 Some players will be put off by paying up front

It could do with more modes

Quiz apps expose the gulf between how much we know and how much we think we know. They’re a perfect showcase for the human virtue of optimism, and therefore we salute them.

Skilli World is the latest app to have landed on our virtual desks, and in some ways it has a lot in common with other quiz apps you might have played.

The meat of the game is in the daily contests, where you log in at a specific time every day to go head to head with hundreds of other players in the hope of winning a share of the prize pot.

You have to register for these Daily Mastermind Tournaments, and they’re always themed. The one scheduled for the day of writing, for example, is a South Park quiz, while previous themes include Netflix, Friends, Game of Thrones, and so on. There are also a lot of general knowledge DMTs, with no specific theme. They can contain up to 15 straightforward True or False questions.

Navigating between the various modes is a simple matter of swiping to visit different tropical islands floating in space. We’re not sure the physics add up, but it’s a welcoming interface all the same.

Alongside the DMTs there’s the General Party Hut, the 1v1 Friend Hut, and the Tutorial. Of these, the Tutorial is the only one you can visit without depositing some cash into your Skilli World account, and herein lies the app’s first major distinguishing feature.

While most trivia apps are free to play and rely for income on selling lives that players can use to keep them in the competition should they get an answer wrong, Skilli World gives its lives – or SkillUps – away for free but charges you to play in contests.

It costs $5 to enter a DMT. If you’re a cautious type, or if you lack confidence in your trivia prowess, this will no doubt be an off-putting barrier to entry.

Needless to say, developer Under the Tree is at pains to emphasize that its players tend to walk away with more cash than players of rival trivia apps, thanks to its relatively restrained player numbers.

During Skilli World’s soft launch period, the app was downloaded around 4000 times and awarded $30,000 in prize money. Those seem like decent odds, but it’s ultimately between you and the questions on the day. The first DMT is free, as long as you redeem your golden ticket, so it won’t cost you anything to try the game out.

Your money or your life

As with the majority of trivia apps, you can use one life per tournament. The difference is in how you obtain these lives.

To get a SkilIUp, you simply need to refer a friend or earn enough knowledge points through playing in quizzes. 1000 points buys you a SkillUp, while 3000 buys you three. For 500 knowledge points you’ll get a golden ticket, giving you free entry to a DMT.

For comparison, HQ lets you buy extra lives either with cash ($5.49 for one) or with gold coins, which you buy in turn with cash. QuizMart uses the same model, with the priciest gem pack costing $139.99.

We can comb through the numbers all day, but ultimately, it’s a matter of preference. We recommend using your free golden ticket to see if Skilli World’s pay to play model suits you best.

Might & Magic Heroes: Era of Chaos Review – What is Ubisoft Playing at?