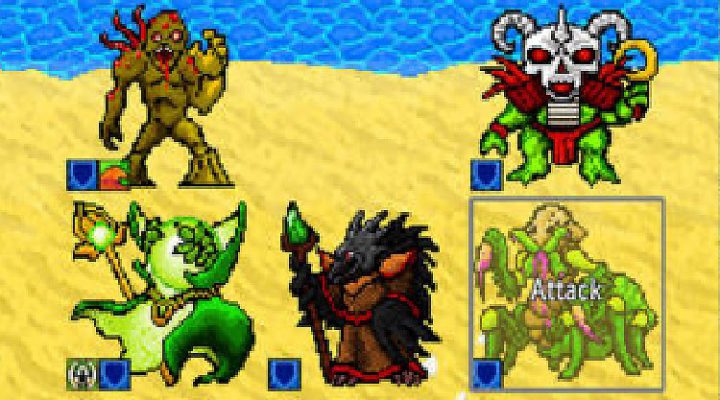 Automatic healing between combat allows for much more tactical fights

A surprisingly amusing sense of humor

The quick and dirty explanation of Siralim 2 is that it’s a lot like Pokemon, Dragon Quest Monsters, Hunter Island, and so on. You wander around fighting monsters in order to improve your own team of monsters, summon/merge monsters, equip your monsters with artifacts and equipment, and eventually battle your way to the big evil thing that’s threatening to destroy the world. Yes, it’s the kind of setup that even video game newbies know has been done to death, but all of this “end of the world” hullaballoo is mostly set dressing to provide adequate motivation to go around kicking monsters’ butts with other monsters’ butts. 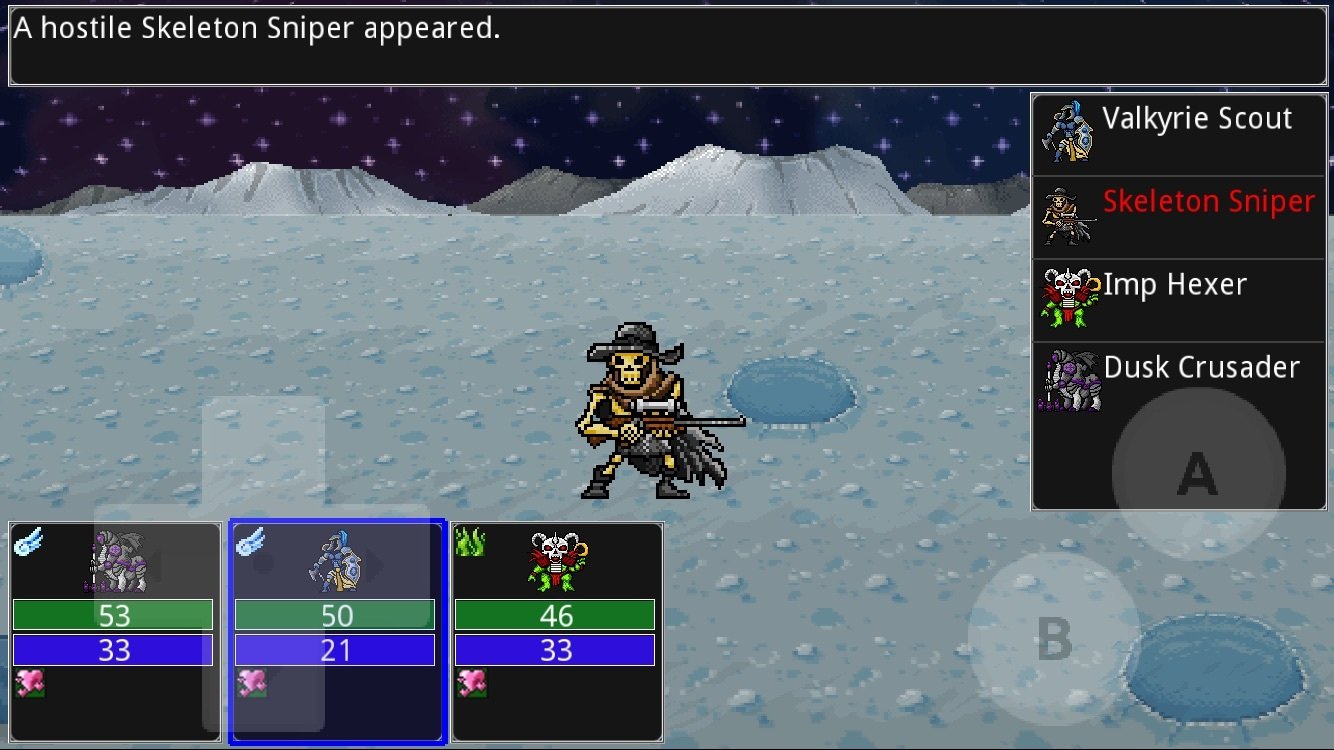 Right from the start, it’s pretty obvious that Siralim 2 is a bit rough around the edges. The overworld visuals are servicable, but nothing really stands out. That’s kind of a problem, because it can be surprisingly difficult to figure out what’s just a part of the background and what’s some sort of object that will get in your way or can be picked up. Things like chests and monsters stand out, sure, but it will take a few minutes before you get used to recognizing rock textures versus rocks that you can destroy.

There’s a lot more monster detail when in combat, thankfully, and there are some pretty cool designs on display.

The controls are also more miss than hit, with a virtual d-pad that feels too small and imprecise despite looking too big, and a bunch of minor but irritating menu navigation nuances. For example, in order to equip a new artifact on a creature, you have to first un-equip the artifact it’s using, *then* equip the new artifact. You’d think it would make sense to just, you know, automatically replace the old artifact when you equip the new one. Maybe throw in a little side-by-side comparison or something, but nope. 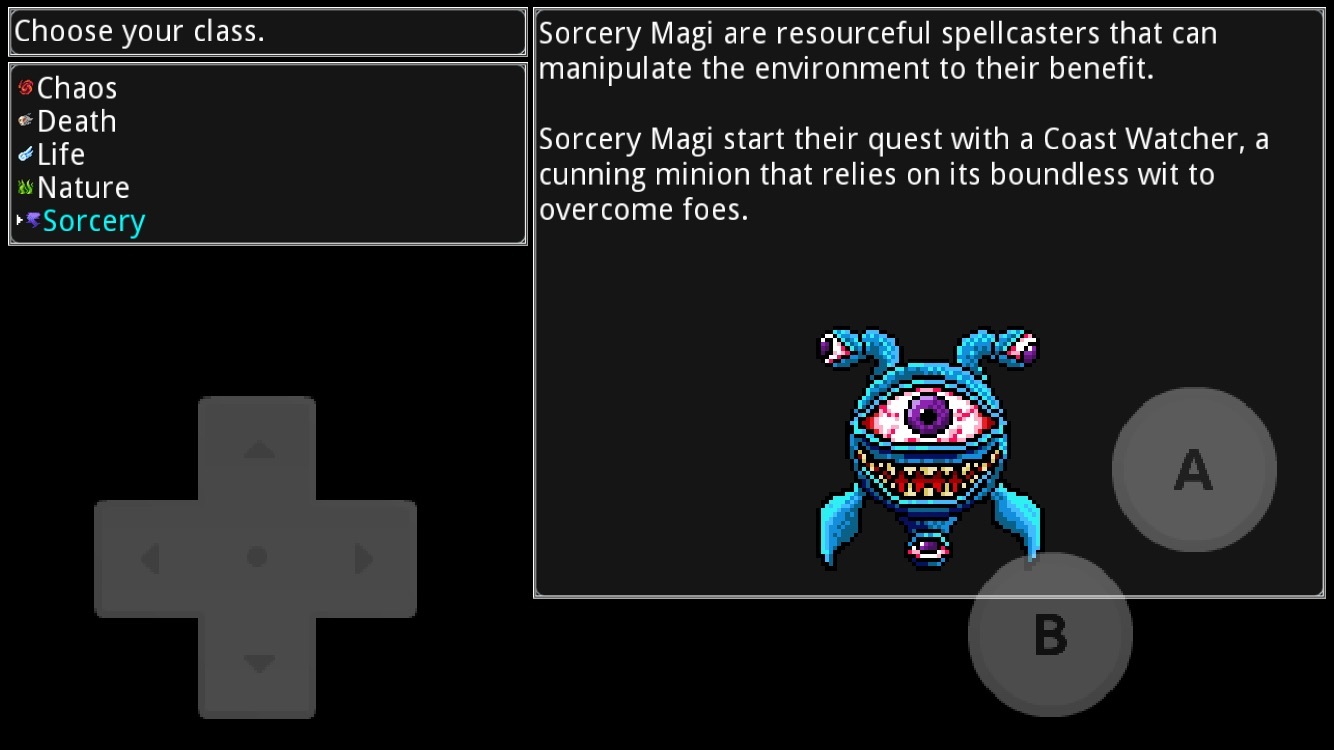 But the thing is, even with all those rough spots, I’ve been having quite a bit of fun with Siralim 2. Progression is sort of roguelike-ish, with you and your team exploring randomly generated areas in an attempt to fight your way to the tougher tiers. It’s not just the layouts that change, either. There are actually quite a few different zone types you could end up in, each with their own types of materials you can find and deities you can curry favor with.

Monsters are also impressively varied. Different types can be combined to make new ones, and between equipping artifacts and spell gems there’s quite a lots you can do to customize your team. Then you can tweak things on your own character for even more benefits, or use deity points to permanently boost all sorts of passive attributes for yourself or your monsters. Heck, you can even customize your own castle. 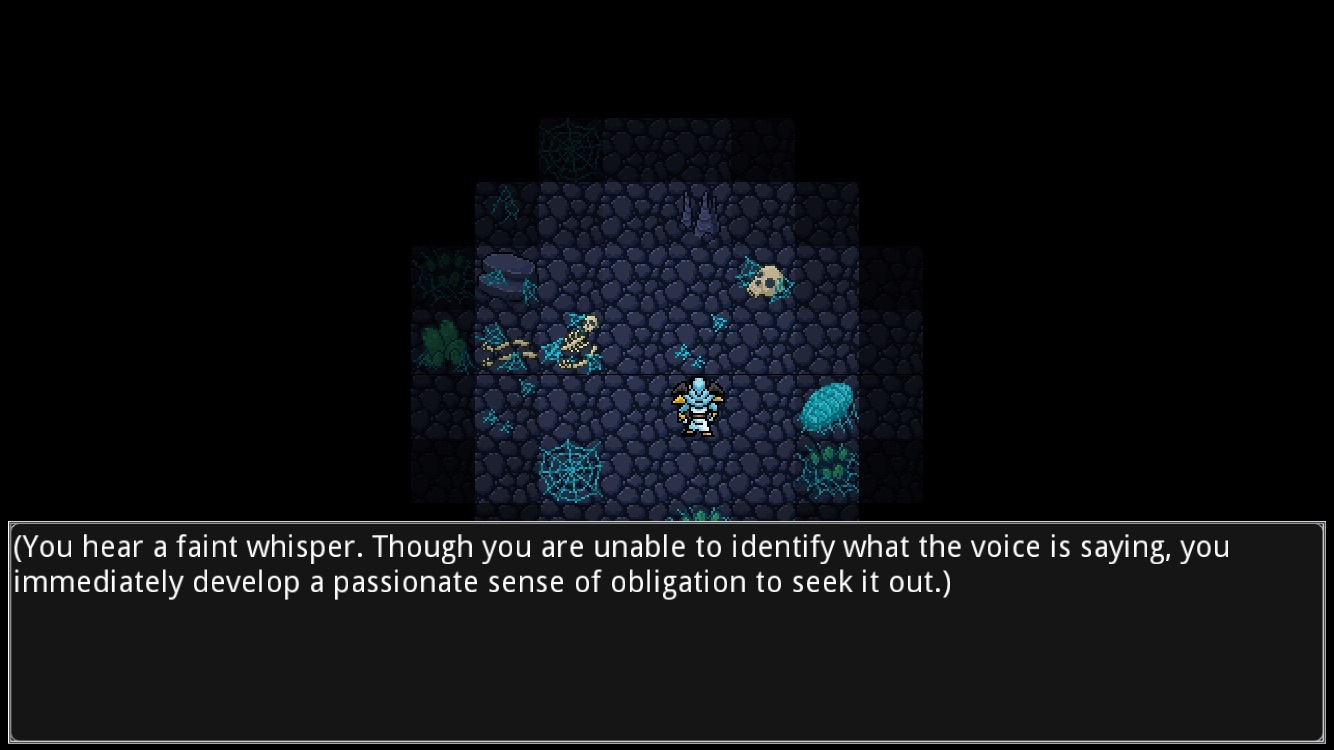 Combat itself is pretty satisfying as well. Things can get quite hairy when your team isn’t in an area way below their level, which means you’ll need to make liberal use of those spells you chose to equip them with. Thankfully any status effects, lost health, or used magic points are reset at the end of each fight (kind of like Zeboyd Games’ RPGs, which are also worth checking out, by the way). This makes the typical grind for experience feel a bit less like a grind since you don’t have to worry about micro-managing health or stockpiling healing items. It also means that back-to-back battles can be pretty challenging without feeling unfair.

To top it all off, Siralim 2 is actually pretty funny. Meeting the God of Anger for the first time had me giggling, and some of the monster names/concepts are so goofy they’re impossible to dislike. For all the somewhat by-the-numbers RPG tropes, it’s pretty cool to see so many instances where they turn everything on its head. 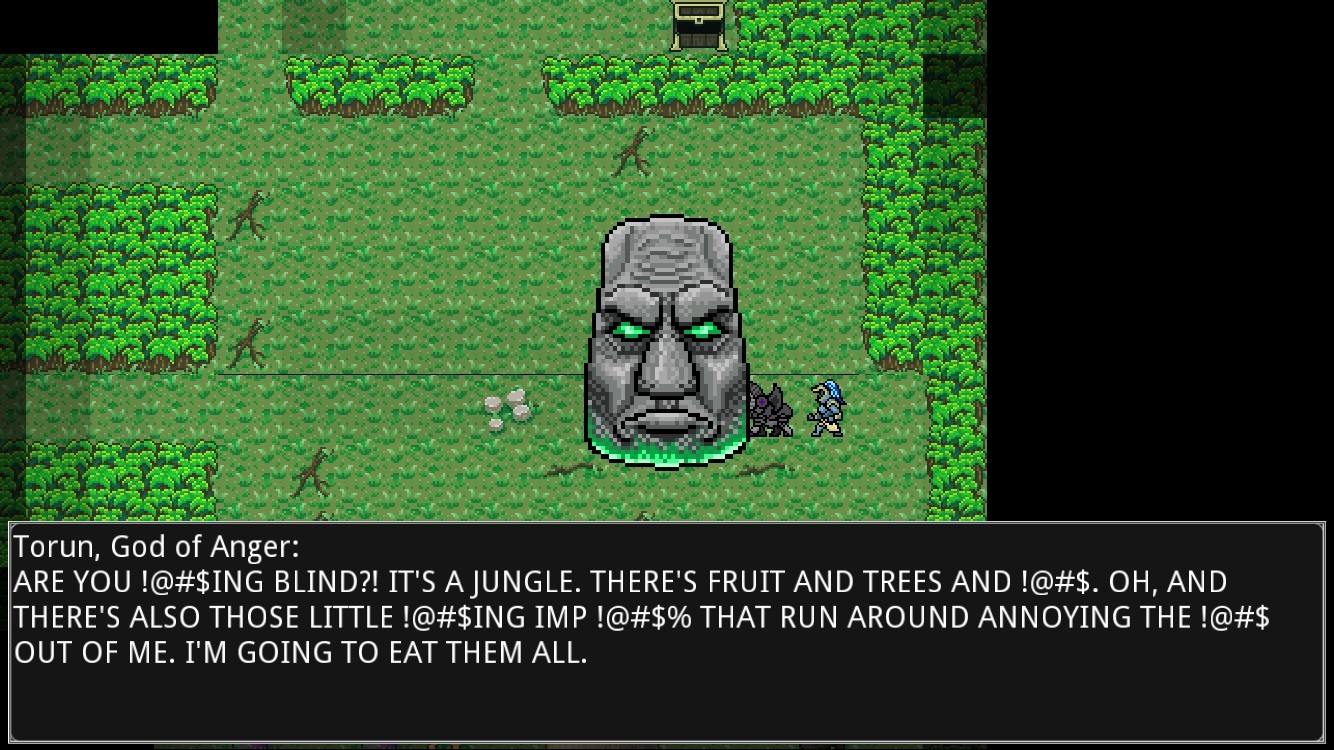 Siralim 2 is by no means a perfect, or even particularly refined, game. But none of that really matters when you’re fighting your way through the God of Anger’s realm as he occasionally swears at you and your menagerie of bizarre creatures. It might not look like much on the surface, and it may be a little rough around the edges, but there’s a lot to enjoy here.