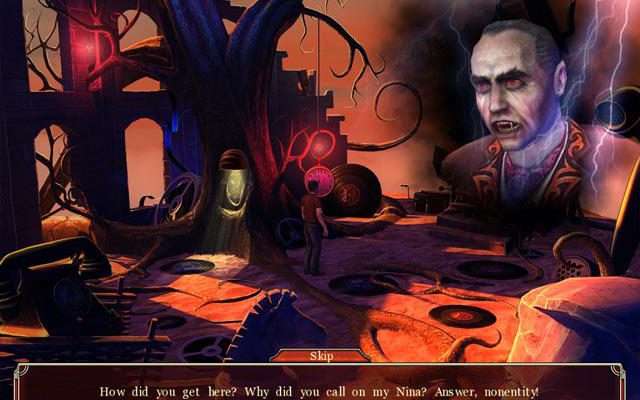 When one thinks of an evil vampire, a typical picture comes to mind: red eyes, sharp fangs, perhaps dark rings around the eyes, and a suave yet strong and dangerous personality to boot. So how do the vampires of Big Fish Game’s new title Sinister City compare? Well… let’s just say it’s not as sinister as you might think.

Sinister City is the story of a young man named John, whose beautiful bride-to-be has gone missing. She’s been kidnapped by an evil vampire by the name of Count Orlak. All that’s really known about this threatening vampire is that he lives in a dark castle located in Sinister City, and it’s up to John to track him down and rescue his bride.

This sounds like a good, typical creepy adventure game, right? What the game description won’t tell you is that the game isn’t so much about rescuing your beautiful beloved as it is discovering Count Orlak’s emotional problems (at one point during the game you will actually have to track down his psychiatrist) and why he’s kidnapped your fianceé in an attempt to live vicariously through her imminent acting career… Wait, what? 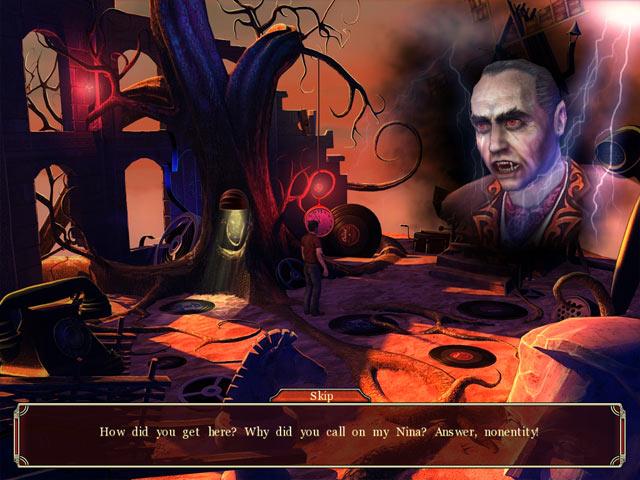 Sinister City is a hidden object adventure game with a story that quickly goes from “creepy vampire horror and love” to “comical and corny.” The spooky atmosphere turns out to be rather light-hearted once you ease into the rhythm of things. Each of the game’s characters are rendered and animated in 3D, and the main character can be commanded to move to different locations manually if desired, though it turns out to be completely unnecessary.

Hidden objects can be hidden in a scene tailored specifically for finding objects, or in the general area where your character can be moved around. Puzzles are also integrated into the gameplay to help you progress through the story. These puzzles aren’t terribly unique, consisting mainly of jigsaw-type puzzles, however the option to skip these puzzles will present itself after a certain amount of time has passed.

Hints are unlimited and rechargeable in this title, however how quickly they recharge depends on which difficulty mode you’ve selected from the main menu. Normal difficulty will allow hints to recharge quicker, the cursor to sparkle over important areas, and tips to present themselves at times. The advanced mode slows down the hints and gives little to no other aid, providing a more difficult gaming experience. Hints are likely to be used by even the most experienced hidden object adventure gamers, however, as hidden object difficulty varies widely from extremely easy to extremely hard to find. Objects may also be hidden behind other objects that must be clicked on to move aside: seeing as there’s so much clicking involved, there are no excessive click penalties in this title.

The 3D visuals are a nice touch to the game, and the environments can be positively lovely. The soundtrack is very pleasant and adds to the mood without ever reaching an over-repetitive stage. The voice acting leaves a lot to be desired, though, and there are times where the gameplay just gets quirky. By that, I mean in dire situations you’ll find yourself doing the last thing you’d think common sense would suggest, such as cooking a special potion “in secret” to give to the Count, while in game reality you’re cooking it right in front of his nose, quite literally. 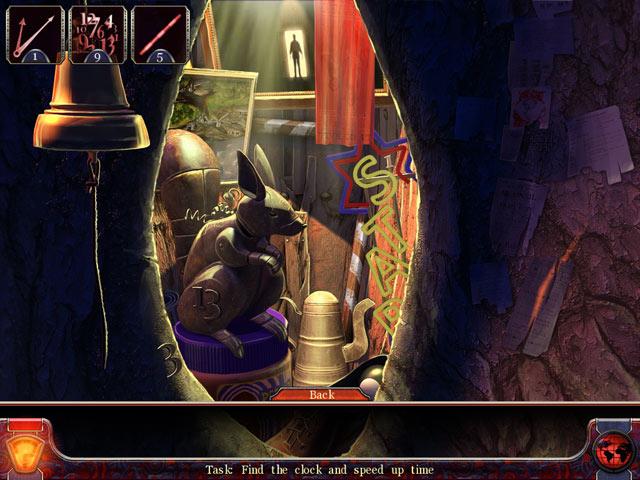 Some of the items are very difficult to find and probably couldn’t be found without hints, while the rest of them can be super in-your-face too easy. The moving objects don’t always work well: sometimes you have to click on a specific part of the object in order for it to slide to the side. A decent few of the hidden objects are unnaturally small, and in a few of the scenes, the objects you’re supposed to find look a lot like completely insignificant background objects. There’s no mediation in difficulty.

Another important point is that none of the puzzles have explanations, so by the time you figure out what you’re actually supposed to do, you can skip it.

Sinister City is a game that starts out with a very mysterious and promising air, but the best visuals, gameplay, and environments are all in the very beginning. The game quickly goes from a serious matter to a near sitcom-type story, which is odd, to say the least. If you’re looking for a classic horror tale regarding saving your love, you’ll find yourself disappointed. However, if you’re looking for something light-hearted, serious turned silly, and above all slightly strange, you may very well find this title positively amusing.