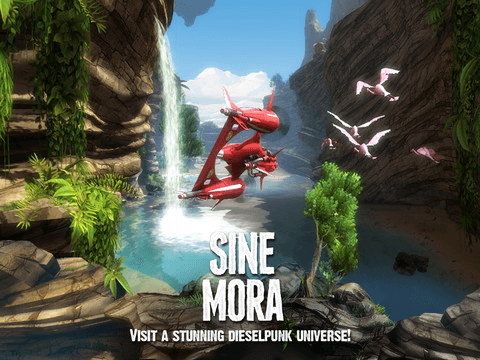 Overly complex plot and iffy controls aside, Sine Mora is a challenging (but fun) experience.

Sine Mora was released last year on consoles and PC to a combination of critical praise, but still mostly flew under the radar. Over a year later, the bullet hell-style shoot’em up has made its launch on iOS. It manages to retain many of the elements people liked about the game. Unfortunately, a few problems remain, and new ones manage to pop up due to its mobile platform.

Sine Mora does something that manages to stand out from many other western-developed shoot’em ups:  it has a detailed plotline. Sadly, the depth and presentation of this plotline makes it incredibly hard to follow. Each level is greeted with text intended to add detail to the story, but all it does is add to the confusion. Matters are made worse with the cutscenes. Not only do they halt the pace of the game, but they also add an extra layer of confusion. It’s obvious the developers had a great idea for a story in mind, but the presentation kills most of that idea.

Even so, that’s not a big deal. Sine Mora‘s challenging, yet fun, gameplay more than makes up for the confusion caused from the plot. Throughout the game, you’ll take control of various ships. As the ships fly horizontally through levels, you’ll be required to shoot through enemies and navigate through thick layers of bullets. One of the things that makes Sine Mora unique is that there’s no health bar, so getting tagged by a bullet doesn’t do any sense of visible damage. Instead, each level is accompanied by a timer. Time constantly decreases in one second intervals, but getting shot will destroy an extra few seconds, while destroying enemies will add time. This system adds a fresh sense of urgency, since the game is over once time expires.

Other than the timer, much of Sine Mora‘s gameplay is standard fare. There’s an on-screen joystick used to move the ship, and an array of buttons used to fire the gun, toggle autofire, and use special abilities. Maneuvering the ship can be troublesome at times, as the touch controls result in a lack of precision. This isn’t a big problem early on, but as the game’s difficulty ramps up, it’s bound to cause unnecessary levels of frustration. 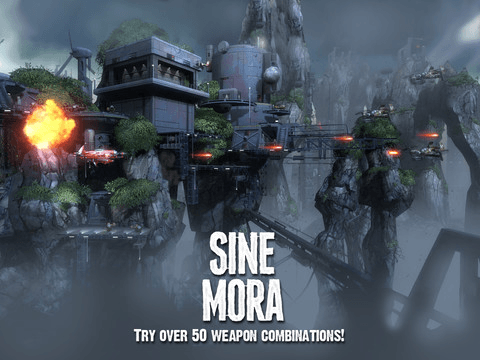 Frustration is virtually synonymous with Sine Mora because this game gets hard. Experienced shoot’em up players should be able to cope with the normal difficulty (if they can get a handle on the controls), but the rest of us are in for a struggle. Just a couple of chapters into the story mode, I realized there’s more to the game than gorgeous visuals. The challenge Sine Mora provides isn’t the biggest out there, but as someone who doesn’t frequent bullet hell games, I was forced to learn the importance of mobility. But even that won’t always prevent the “game over” notice from popping up.

For players who either want an extra challenge or desire a bit of practice, there are three other game modes in Sine Mora. Arcade and Score Attack modes feature individual stages, as well as a free selection of character, ship, and special abilities. Unlike the main game, these modes only feature two difficulty settings: hard and insane (dropping the two easier options found elsewhere). The third special mode is Boss Training, which allows you to re-play any boss defeated in the story mode. The boss battles are easily one of the most impressive parts of the game, in regards to visuals and fun. Boss Training is useful for practice against these monsters, but also serves to help re-live some of the more memorable moments from the game. 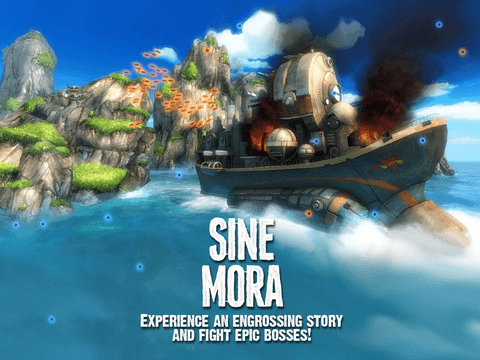 Overall, Sine Mora is well worth the time of anyone into mobile shoot’em ups. There are plenty of annoyances, especially for the less experienced player. Fortunately, the gorgeous visuals, thrilling boss battles, and fair (and challenging) difficulty levels make this one worth playing. The controls are an obstacle that many players won’t be able to easily overcome, but those that pull it off will find a game that’s worth their time.