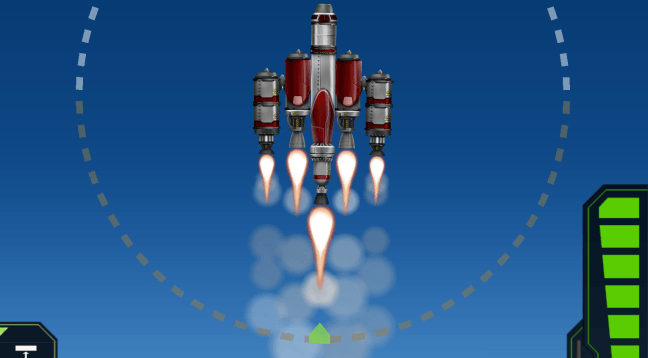 Come for the launch, stay for the crash

In the deep reaches of space, no one can hear your spacecraft explode.  Unless you’re playing SimpleRockets: then it makes a very satisfying “bwoosh!” sound.  Developer Andrew Garrison, of SimplePhysics, made this choice intentionally to improve the gameplay experience of his new space exploration sandbox game.  Small details like this, coupled with smooth physics and an extremely accessible interface, make SimpleRockets an easy choice for aeronautical enthusiasts and anyone looking to dabble in rocket-building from the safety of their couch.

If you’ve played Kerbal Space Program or Space Agency, the mechanics of SimpleRockets should be familiar: from construction to crash landing, you are in charge of launching rockets into space.  On most stages, your first goal will be building a rocket from scratch using a variety of amply available parts.  While the only thing each rocket technically needs is a command pod, to actually go anywhere you’ll need to strap on fuel tanks, engines, and any extras—like a parachute—needed for your launch goals.  Construction is managed on a very simple blueprint screen, where adding a section is as easy as dragging it from the parts list onto your in-progress ship.

Once your rocket is pieced together, you’ll need to assign stages to its active parts, known as gizmos.  Gizmos include any part that can be activated during flight, such as engines, landing gear, or detachers.  On the same blueprint screen, you can drag gizmos between stages to alter their order of operation.  During a simple flight, for instance, you might place the starting engines in stage one, the detachment of those engines in stage two, and the secondary, orbiting engines in stage three.  Although stages are often reordered randomly if changes are made to your rocket, the staging system in SimpleRockets is otherwise exceptionally player-friendly and makes planning out a multi-stage flight ridiculously easy.

With a rocket built and stages assigned, an actual space flight is within your grasp.  Takeoff and the subsequent flight take place on a fairly minimal 2D environment, where even the launch pad is just your rocket sitting on the ground.  But the sense of accomplishment and progress felt from blasting off and leaving that bare ground behind is still epic, the joy of watching your creation do anything—even pinwheel and crash spectacularly—is exhilarating.

Launching and controlling your craft require a number of considerations: the throttle manages your fuel consumption and power, the stage activator determines when your next stage begins, and the dotted circle around your craft is used to control its direction and positioning.  Although you are free to launch a craft and leave it to its own soon-to-crash devices, most goals will require you to take the wheel and guide your rocket manually, both by activating stages at the right time and steering the ship on course.  More advanced goals, like reaching an orbit around “Smearth”—SimpleRockets‘ smaller version of Earth—will depend on your ability to enter the atmosphere at the right angle, increase and reduce throttle as necessary, and pay attention to critical details like your distance from the apoapsis of orbit.

Achieving these goals—set up as level-like challenges in the game itself—is definitely the most complicated aspect of SimpleRockets.  While the game’s extremely straightforward rocket-building and -staging should be accessible to most players, anyone hoping for a more controlled, guided navigation of the smolar system will likely find themselves overwhelmed.  SimpleRockets does a fantastic job of introducing its basics through written tutorials and short, targeted challenges, but once you’ve made it through these few guides, it’s easy to end up feeling lost.  Although the goals, like landing on the Smoon or getting into orbit with less than 10,000L of fuel, are completely optional and exist freely alongside sandbox mode, they often feel like missed opportunities for guidance.  With global leaderboards already incorporated into the goals, the option to view other players’ rockets or flight replays would be a fantastic chance to share, show off, and simultaneously assist other players.  Right now, most achievements—or failures—simply exist in a vacuum. 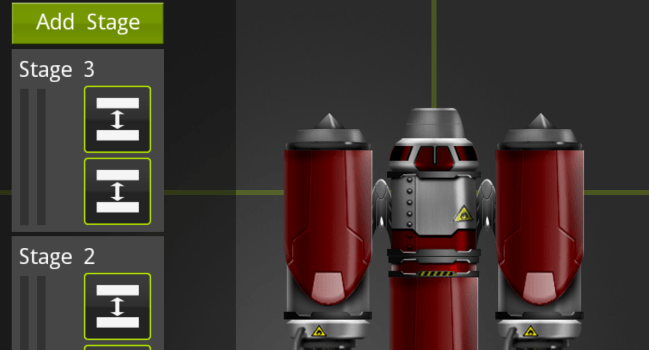 This is true within the game itself; unlike Kerbal Space Program, which utilizes a persistent world that retains events of past flights—allowing for space stations to be built or abandoned Kerbals to wander the world—SimpleRockets starts fresh on each new launch, deleting the crumpled or safely landed remains of the prior flight.  On one hand, this means you don’t have to worry about running into leftover space debris on subsequent flights.  On the other, it takes away a bit of the smolar system’s soul and further reduces the significance of each new, non-manned flight.

At the end of the Smearth day, though, SimpleRockets is a fantastic sandbox builder with logical physics and an effortlessly easy-to-use construction system.  While its lack of extended guidance may frustrate players new to the genre, experienced aeronautical gamers and fans of KSP will be treated to a surprisingly deep on-the-go alternative.