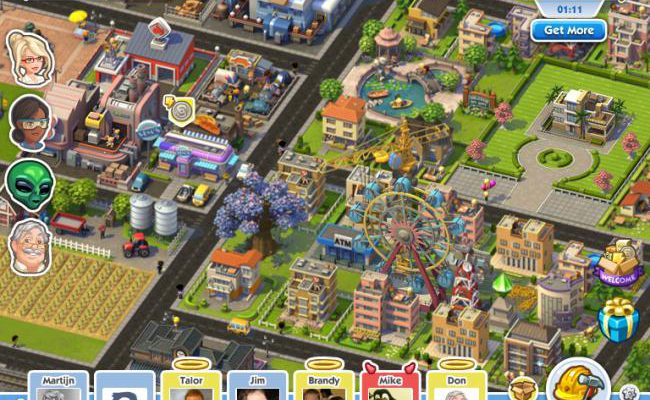 When EA first announced SimCity Social, it was hard to not get a little excited. “Finally,” we thought, “a city-builder with depth and strategy and meaningful choices is coming to Facebook.” And based on the statements being pushed out by EA and Playfish at the time, it seemed like they were ready to deliver on that promise. Now that it’s here, though, that simply isn’t the case.

For a game that had the audacity to promote itself with the catch phrase “More City, Less Ville,” SimCity Social really isn’t much more than a shameless “me too!” of CityVille (which in itself was a shameless “me too!” of Social City). There are definitely some twists and turns that set it apart, but here’s what it really comes down to: the game that Playfish looked to for design cues wasn’t SimCity – it was CityVille. 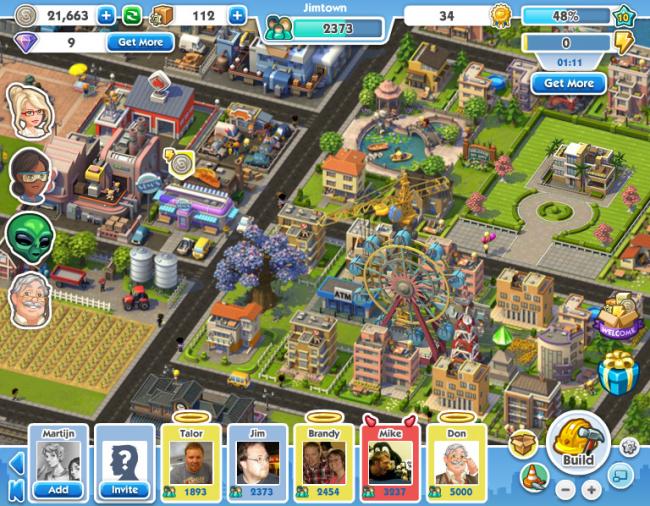 That being said, if you can get over the initial disappointment over what SimCity Social isn’t, fans of similar Facebook city builders will no doubt enjoy what SimCity Social is. It may be a run of the mill Facebook city builder, but it’s also one of the better ones that you’ll find on the platform. Brimming with personality, the game thrusts a myriad of quests at you on a regular basis and gives you plenty of reason to keep coming back for more.

Drawing on a similar setup toCityVille, players will build homes, businesses, farms and factories. Each of these will produce the different resources you’ll need to continue expanding your city. Homes, for example, increase the population and unlock different elements of the game (buildings, land expansion, etc). Factories produce materials which, along with money, you’ll use to construct many of the projects you’re looking to undertake. Everything costs energy, some things require friends (or, in lieu of friends, premium currency) – it’s all very by the numbers stuff.

Where SimCity Social manages to set itself apart is in the little touches – and it’s also these little touches where the game finally shows glimpses of the franchise whose name it bears. 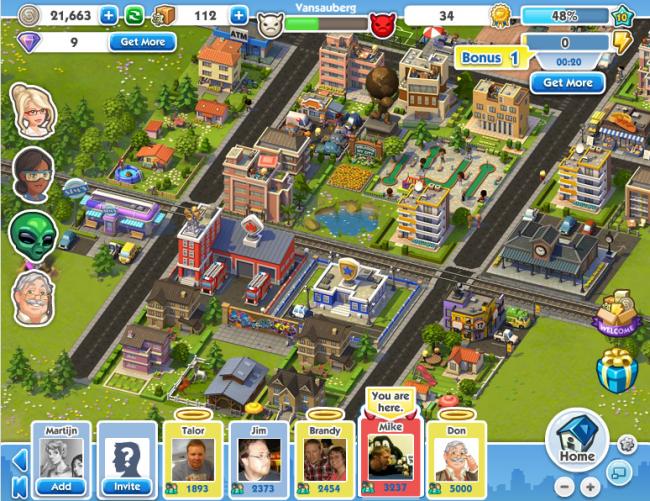 The most notable example of this is in how the game handles housing. Rather than having a variety of homes to pick from when building, you’ll have a single home choice that will upgrade on its own based on how well you’ve coaxed people to move into it. Placing neighbouring buildings, landmarks, and decorations can modify how many people are living in any given lot – so a bungalow can turn into a highrise apartment over time if you know how to play your cards right. It’s not exactly the way residential zoning works in SimCity, but veterans of the series will clearly see how it’s a nod in that direction.

Likewise, there are events that occur in SimCity Social that harken back to the disasters of SimCity classic. Fairly early on, for example, a UFO will crash in your town. This provides the impetus for players to work towards gathering UFO parts from unexplored regions, assemble friends to make a science team, and so on. Again, this isn’t anything like the “manage a city’s recovery after a Godzilla attack” from the originals, but it’s definitely in keeping with some of the series much loved themes. 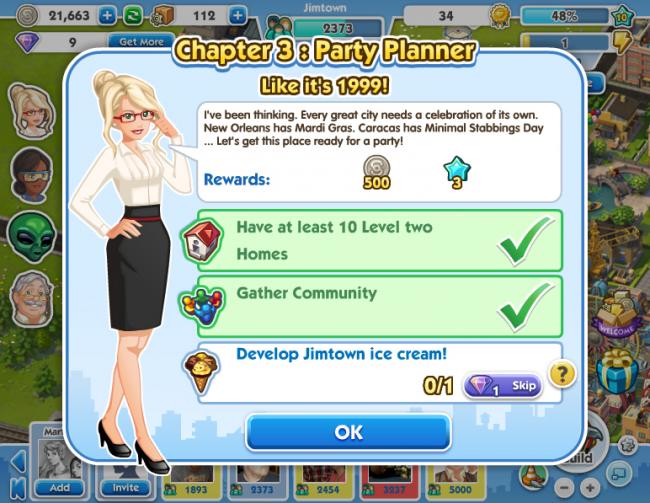 The problem, though, is that this is as close as SimCity Social ever gets to being a proper SimCity game, and it’s just not enough. The SimCity series is known for its approachable level of depth, so really, keeping it intact should have been a no brainer. Making sure there are enough schools in the right areas, balancing pollution and employment, trying to not run your city budget into the red or let a criminal element run rampant – just about every element that people love about the SimCity is rife for a social adaptation. And yet even when some of these elements start to surface, they lack any of the depth, meaning, or challenge that they should.

SimCity Social isn’t a bad game. As far as run of the mill Facebook city builders go, it’s actually quite good – but it could have been so much more. We can’t help but feel utterly astounded at the uninspired direction EA decided to take on this. Once you step back and see it for what it is, SimCity Social is well worth a play for those who still can’t get enough of CityVille. But really – is that supposed to be a ringing endorsement in 2012?