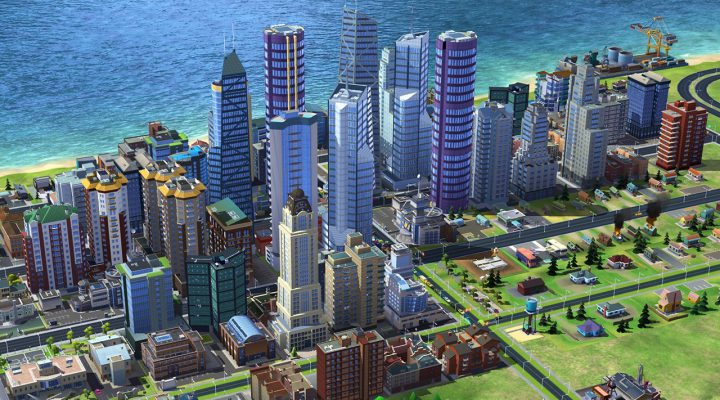 A watered-down version of the traditional SimCity game.

Overall, not very fun or engaging.

I  have fond memories of the SimCity franchise. My family’s first PC came with SimCity 3000, and ten-year-old me spent tons of time building up a city and then destroying it when my city management skills proved futile.

Turns out, ten-year-olds do not make good mayors. When half the city was rioting in the streets and the other half was moving to a neighboring city, I frustratingly ushered in a dozen tornadoes, rained space junk down upon the protestors, and I think I even summoned swarms of locusts in.

I may have only been a goofy ten-year-old, but I wielded the powers of the gods mercilessly.

But times have changed, a decade and a half has gone by, and here we are with a new SimCity.

Approaching SimCity BuildIt expecting a similar experience to previous SimCity titles is going to leave you disappointed. Contrary to the name, SimCity BuildIt isn’t really a simulator game. It leans more towards being a puzzle game where you spend a lot of time waiting to get the pieces of a neighborhood to put together.

SimCity Neighborhood PlanIt just doesn’t have the same ring to it though. 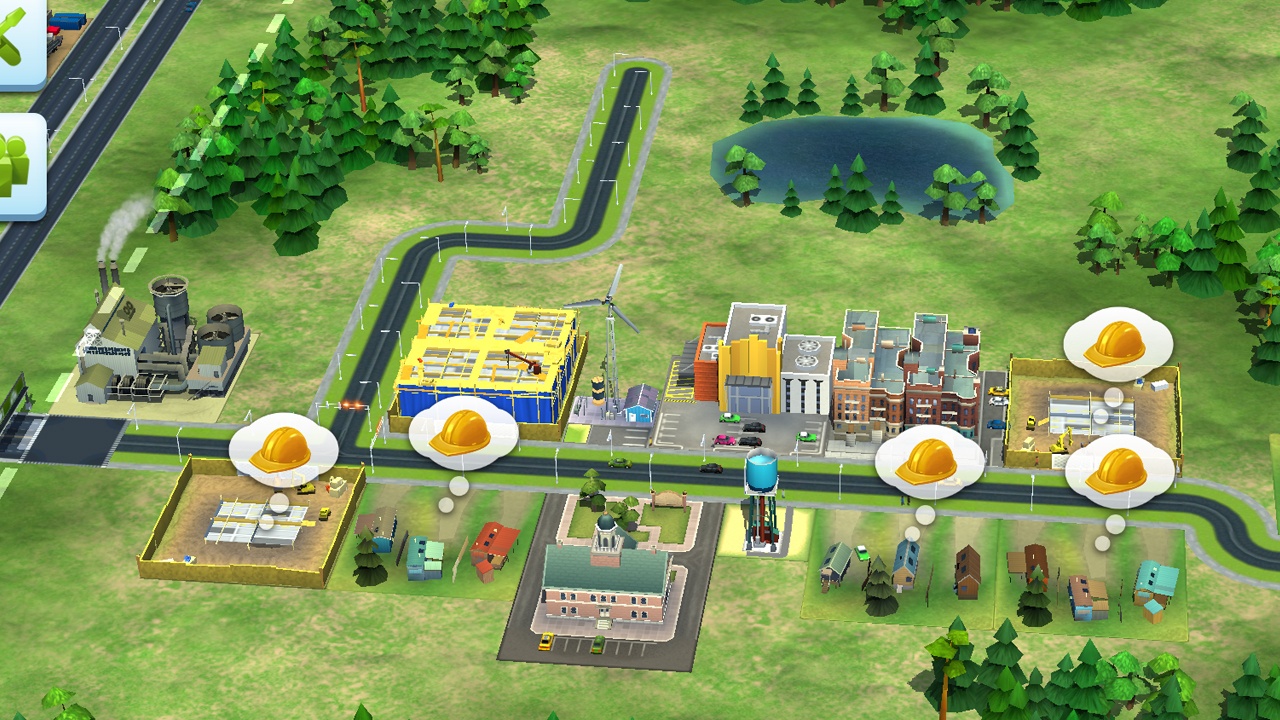 Planning out the neighborhoods that quickly begin to sprout into towns and then grow into cities wouldn’t be so bad if my involvement with the construction of my city was more, well, involved.

Like most check-back-in-ten-minutes-for-your-resources games, SimCity BuildIt forces players to wait various chunks of time for various types of resources. This isn’t a traditional SimCity game, and there is very little city management to do beyond remembering to not put a factory right in the middle of a residential area. Duh.

Instead, players must use their factories to farm resources to build up their residential areas. Every time a residential building is constructed or upgraded, it comes with a handful of coins which are needed to purchase utilities, more factories, or city services like fire stations and sewage plants. 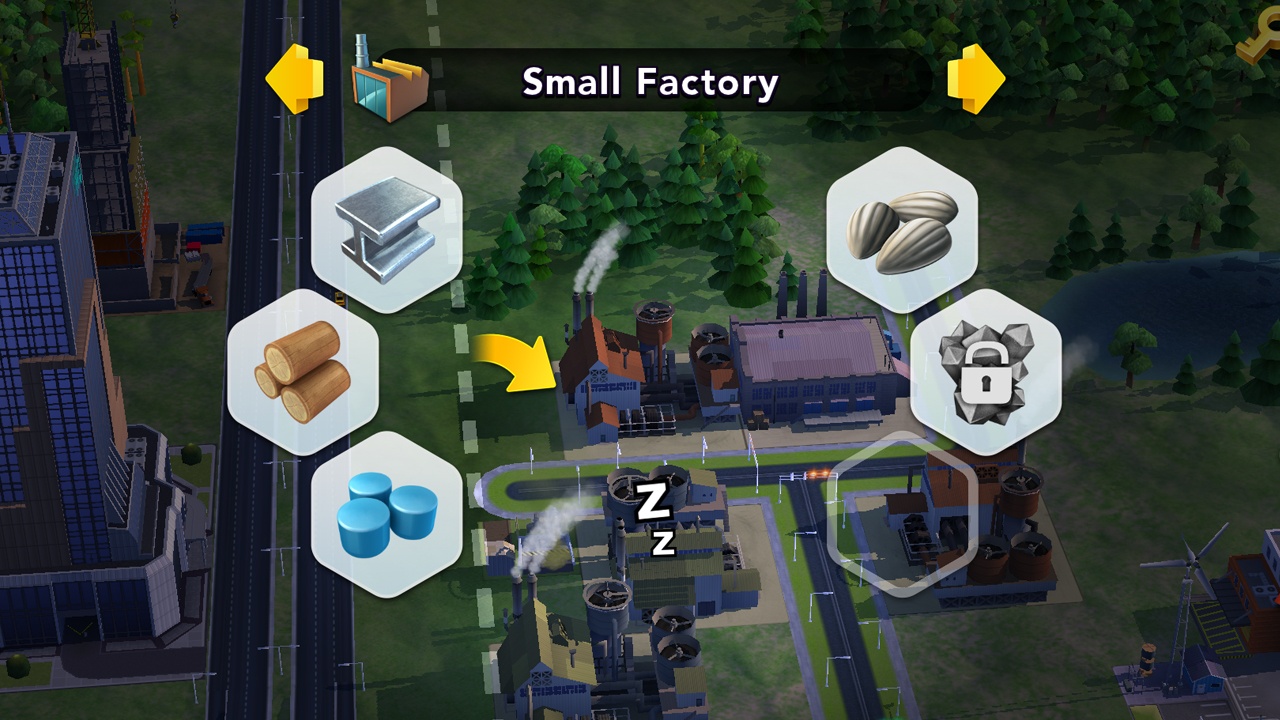 Parts of your city will simply shut down if they go for too long without electric, plumbing, and so on. Early on, the solution is simple: add in some wind generators and water towers which automatically function no matter where they are placed. 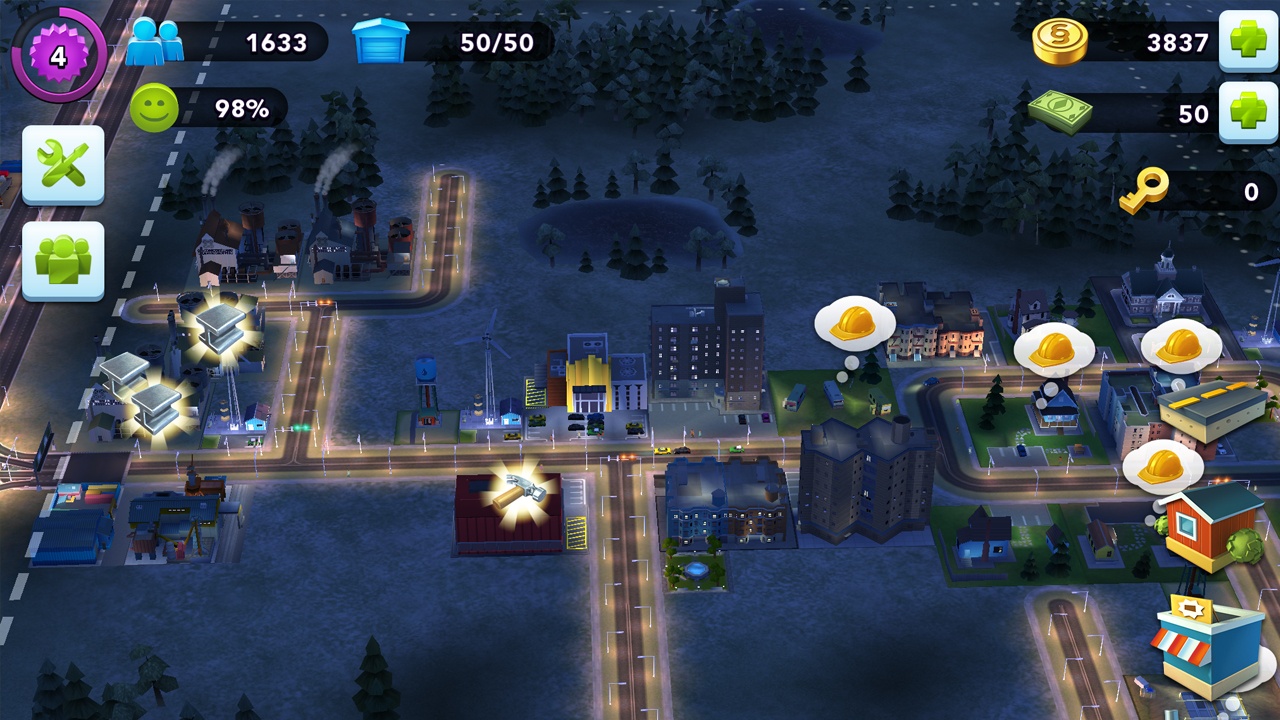 Is it fun? Not really. Is it time consuming? Yes.

SimCity BuildIt certainly makes you feel good about waiting for those resources to cook up though. Every time a building is upgraded there is a fireworks show. Every time you collect resources there is a pleasant chiming sound. During the downtime you can pop the thought bubbles that your citizens have and hope to be rewarded a rare resource item that can go towards increasing your resource cap overall. 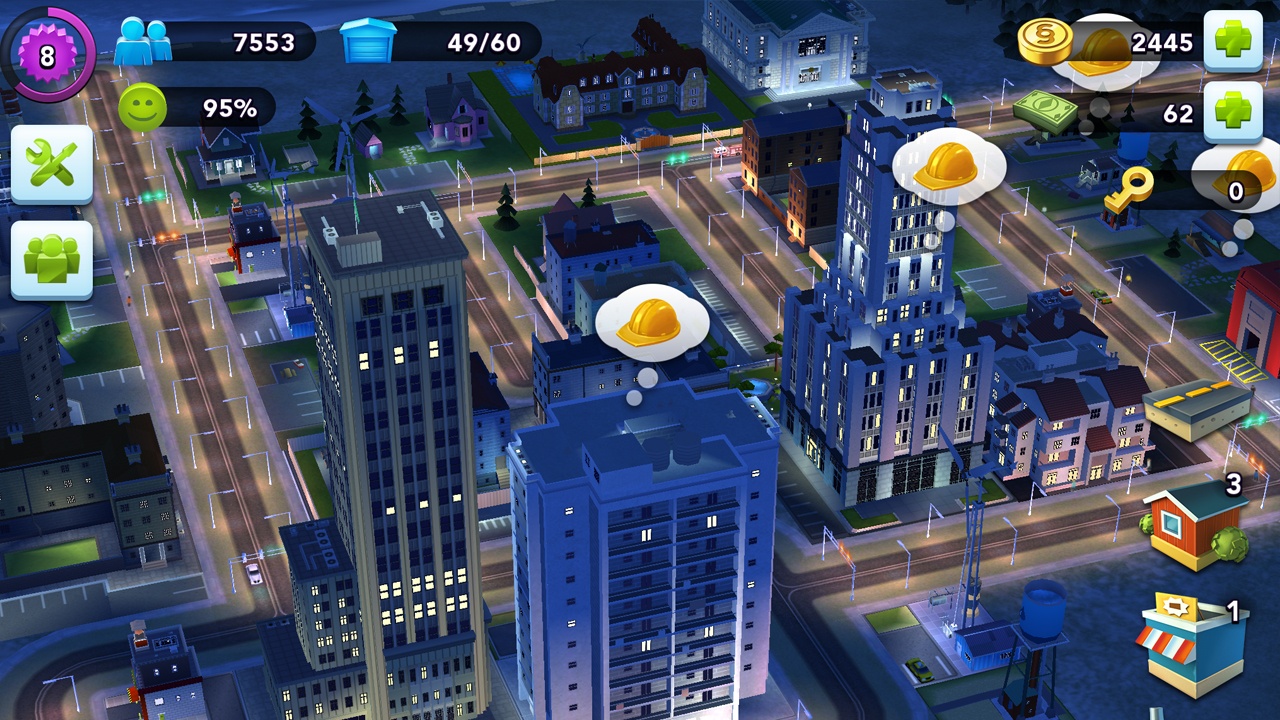 But, no matter how they dress it, it’s routine to the point of being a chore. The only satisfaction I got from playing the game was from zooming out and admiring how my town has changed over the past few days. The feedback from the citizens is watered down to a percentage that really has no attributes attached to it. So I can’t track my progress beyond trying to remember what number the percentage was at thirty minutes ago.

On the bright side, the game’s presentation is designed wonderfully. Once the skyscrapers start to pop up, the city begins coming to life. You can zoom in and follow individual cars as they drive out of driveways, down roads, to the store, and back home. The city lights up at night for a particularly nice visual treat, and overall the game runs without flaw. 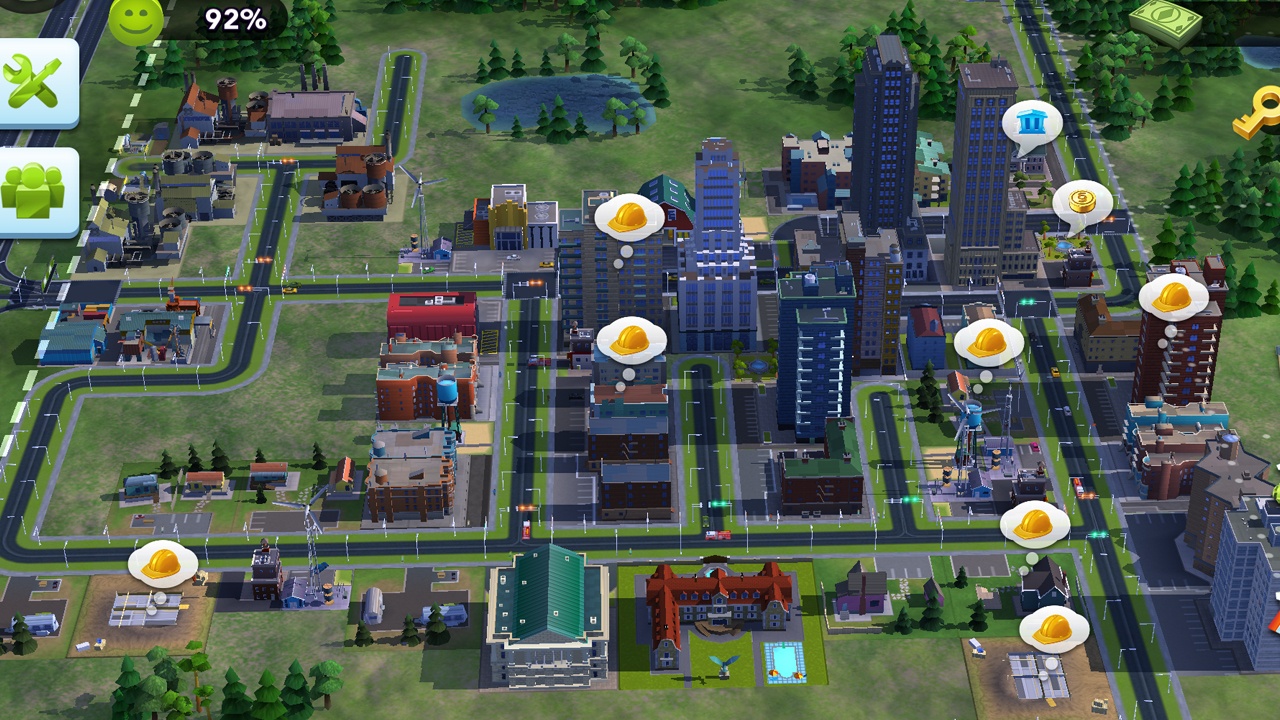 If moving buildings around all the time to squeeze in a fire department or a police station, while waiting for the slow trickle of money and resources that you need to expand, sounds like fun, then jump right into SimCity BuildIt. Just be aware, patience is necessary, and don’t expect to have marathon sessions with the game.