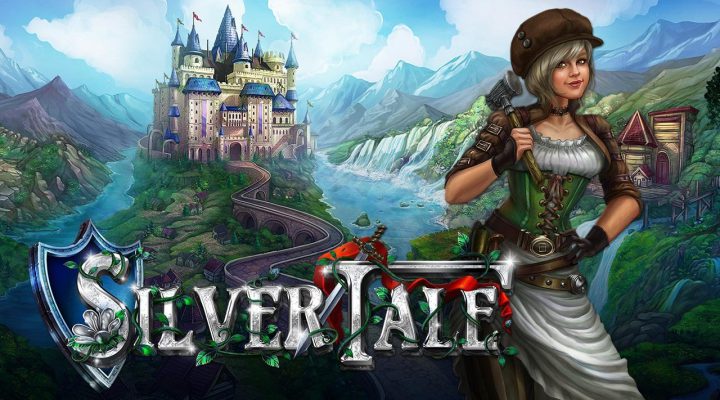 Story gives reason to all the puzzle-solving.

Sticks to what works in the genre, no complicated rules to learn.

Had some problems with tile set generation.

Silver Tale is a Match 3 puzzle game, developed by Playcademy, where players are tasked with saving a dying king. To accomplish the task, players must clear out level after level of clogged up puzzle grids and complete the many side quests that they run into along the way.

Matching is simply a click-to-swap matter and any tile can be swapped with neighboring tiles above, below, and to the left and right of them. Diagonal tile-swapping, however, is not allowed. Some tiles are locked, frozen, or otherwise inaccessible until they are matched-up properly or a match is made adjacent to their position. All of the core mechanics that Match 3 puzzle fans enjoy are present in Silver Tale, and that allows players to jump right into the gameplay without having to worry about learning any new, convoluted rules. 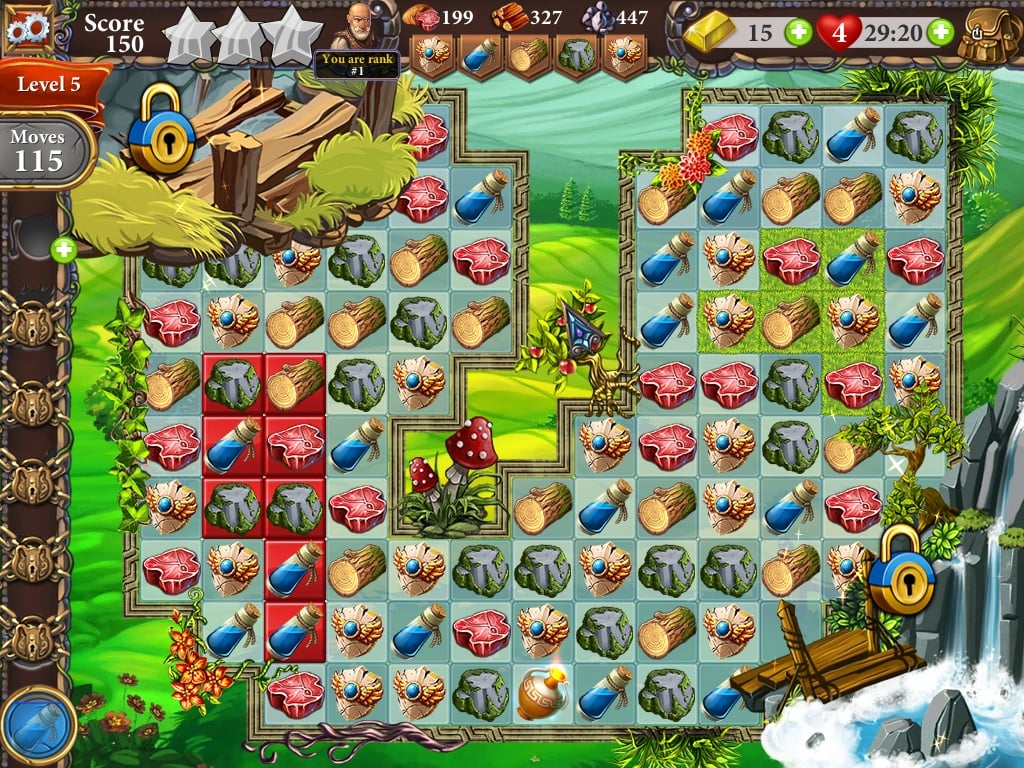 With Silver Tale, Playcademy played it safe, giving players elements they are already familiar with, but wrapping it all together with a cohesive story and sensible quests to complete that serve to loosely explain the point of why players are clearing field after field of objects.

For example, the tiles you clear from each puzzle are representative of the game’s resources: wood, food, stone, and so forth. For every matching of 3 wood tiles, players earn one wood resource point that they can put towards the completion of an item back in town. So, the more tiles that players match, the more resources they will earn.

Players can use the collected resources to construct objects necessary for certain quests, or for secondary items like bombs (which are used to clear small clusters of tiles) or lanterns to give players more turns in the underground levels. 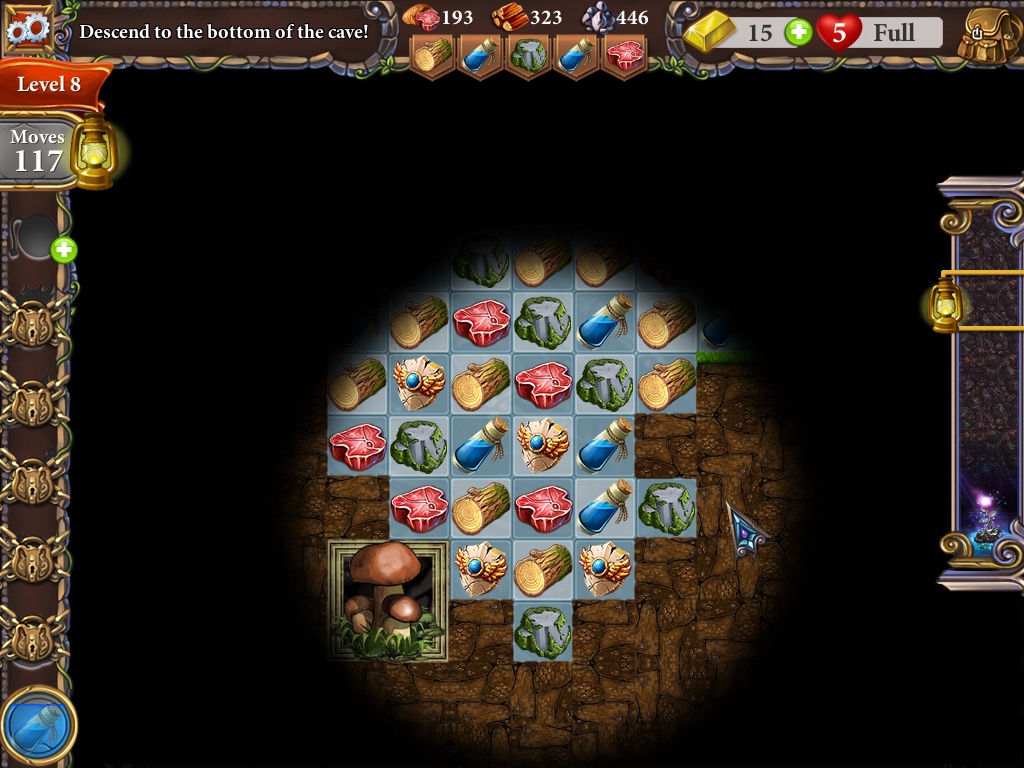 Speaking of underground levels, one thing I really liked about Silver Tale was that the level variety did not stale. It wasn’t simply the same background pasted behind different puzzles. Sure some of the artwork was reused, but it was not too noticeable. The underground levels, for example, were done by lamplight. These levels featured a small circle of light illuminating a much larger puzzle. In these levels players had to carefully manage which tiles they cleared, as they could only see a portion of the tiles available. As players clear the tiles, the light would gradually flow with the area of the puzzle the player cleared.

By using previously collected resources to build a lantern to use before venturing into an underground puzzle, players could obtain more turns to use to clear out more of the puzzle.

Naturally, if players run out of turns it’s game over and they’ll have to try the puzzle again. 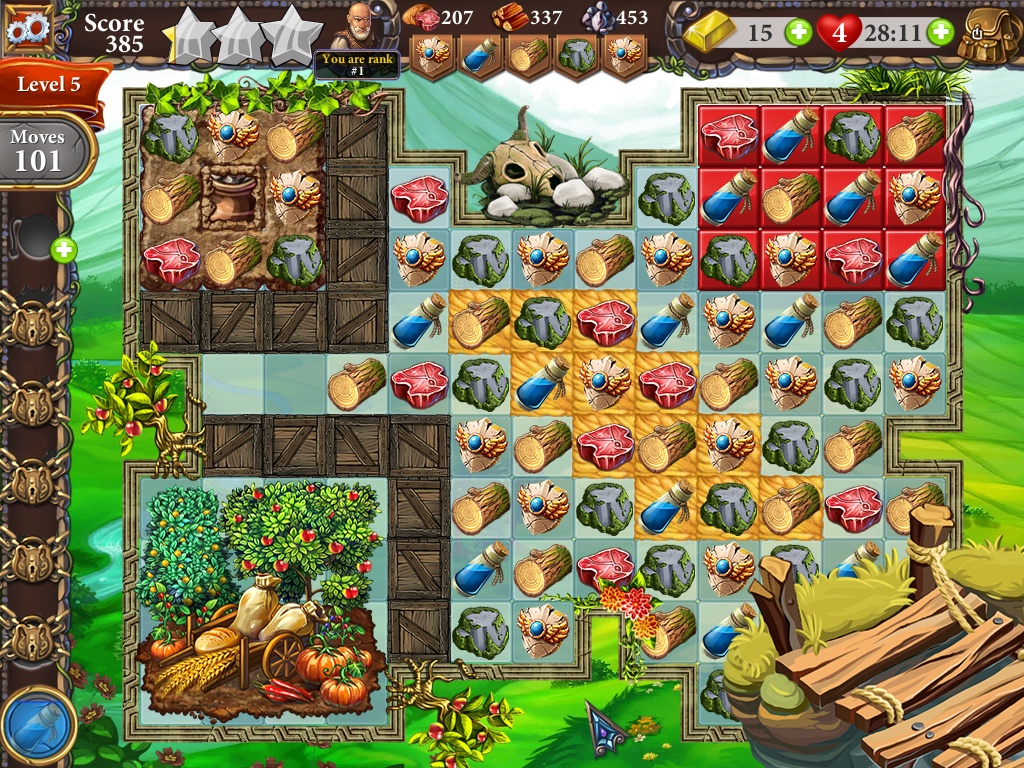 A few times during the game I ran into a little trouble, though. It seemed as if the algorithm to determine the layout of the puzzles messed up and I was only able to swap out one trio of tiles towards the top of the game board. As I cleared out the three, three more tiles would fall down and the game would make sure one of them would match with the configuration currently available. So I’d clear the new layout, and three more would fall in. It repeated like this for a dozen or so turns before finally, by chance, I was able to break out of that pattern and work on clearing out the rest of the board.

However, since I spent so many turns rotating through the same small area, I usually did not have enough turns left to get me through the rest of the level. So it seems that Silver Tale could benefit from making sure that there are at least a handful of matches at he start of each round.

Overall though, Silver Tale is a solid Match 3 game, giving players a cohesive story-driven experience with plenty to do that doesn’t overload them with new rules to learn. It’s definitely worth a play for any fan of the genre, new or old.