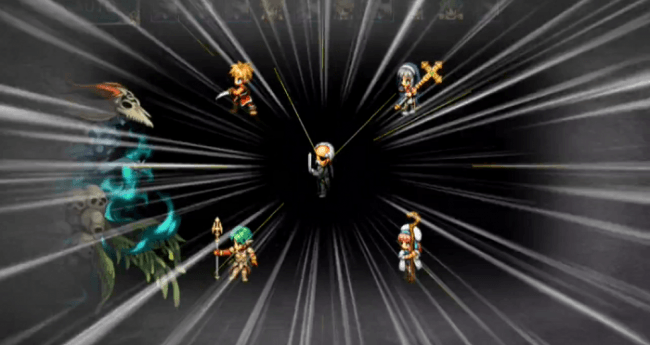 It’s hard to create a turn-based RPG that stands out from the competition. No matter how polished, deep, and exciting a game is, it’s hard to overcome the sensation that everything has been done before. Silver Nornir rises up and faces that challenge head-on. The storytelling leaves much to be desired, but an enjoyable cast of characters and a familiar—yet deep—battle system create an experience worth checking out.

Silver Nornir starts off with the world being destroyed by Azatoth, a gigantic creature who seems to have a history of destroying the planet. The only thing standing between Azatoth and total destruction is the Peacekeeper and a group of fighters.  After the the team’s inevitable defeat, the Goddess grants the Peacekeeper another opportunity by sending some of his soul forward through time, into a new age of humanity. From there, the story starts anew, following a handful of characters and subplots.

Storytelling is the game’s weakest point. Getting a second chance to save the world is a fine base, but it gets bogged down with political conflict, character relationships, and back story. All of these pieces are great on their own, but the way the story is presented makes everything feel rushed. As beautiful moments begin brewing, the game has a tendency to quickly shift its focus to a different area, making it hard to appreciate what’s happening in the world around you.

On the other hand, the characters almost make up for the story’s mishaps. Every character, from the playable party to the cast of villains, feels realistic and it is easy to connect with them. The characters interact with each other in different ways, and it’s a joy to watch how they treat one another as tension builds. Every character also has his or her own deep back story. Unfortunately, the poor pacing and focus of the game’s story makes it hard to fully appreciate the history of the entire cast.

The combat is where the experience takes a consistent turn for the positive. The basic premise is that of many turn-based RPGs. You get a field of five characters and a field of enemies and they take turns attacking, using skills and magic, consuming items, or defending. There’s a bar at the top of the screen that shows turn order, and it can be manipulated with the right magic and items. This setup is immediately familiar to anyone who’s played a turn-based RPG and simple enough for new players to quickly grasp.

There are a few areas in which the combat  goes beyond familiarity. First off is meter management. Most RPGs have HP and MP bars, to measure health and magic, respectively. Silver Nornir adds a TP bar, a rechargeable gauge that enables use of character specific attacks and Chrono Trigger–esque combo attacks. Further depth is added through formations. You’re given a three-by-three grid to place your team for battle. Certain enemies will attack entire rows or columns, and it takes a bit of experimentation to figure out what works best.

To add to the depth, Silver Nornir implements a grade system. You receive a letter grade at the end of each battle. Your grade is determined by numerous factors, such as speed, exposing weakness, and minimizing damage received. The only real reward that comes from your grade is a boost to experience and gold, but the boost for the elusive S rank may be enough to convince you to reload your last save and take another shot at a boss. 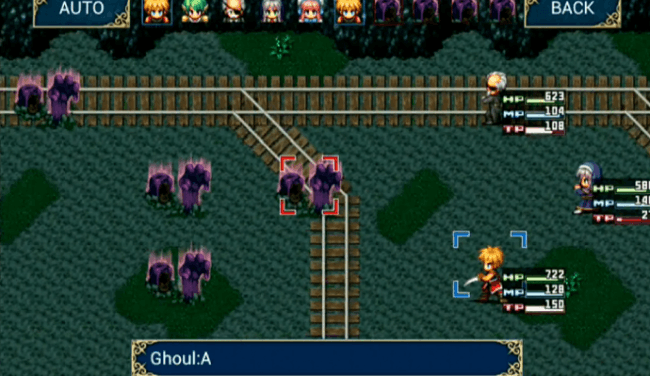 There’s a lot more that could be said about the battle system. Magic is handled though gems, much like Final Fantasy VII‘s Materia system. You can swap inactive party members in mid-battle. You can use super-charged attacks once you hit 100 TP. There’s no shortage to bells and whistles to combat in Silver Nornir. And it proves you don’t need to be innovative to be deep.

Silver Nornir is a game that does a lot of things right. From a deep battle system, to believable characters, to a modest (yet forgettable) soundtrack, it’s hard to find a deal-breaker. It’s unfortunate that the story holds the game back from being great. The rushed pacing and dialogue that seems a bit too casual at times leaves a stain on the game that’s hard to overlook. Fans of turn-based RPGs should enjoy the game regardless, but it’s disappointing that an otherwise outstanding game was left with such a glaring weakness.