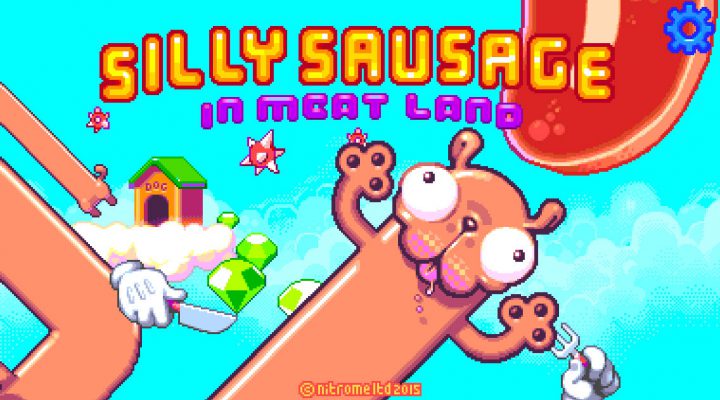 Ads that appear in-between deaths can get annoying.

If you’re the type of person who doesn’t like to think about what goes on behind the walls of your local Happy Meat-Processing Plant™, then you probably don’t want to think too hard about why Silly Sausage in Meat Land’s starring canine is running for his life from knives, crushers, and grinders.

The vague possibility that a certain silly sausage dog might end up in your hamburger isn’t important. Here’s what is important. Silly Sausage in Meat Land is another high-quality offering from Nitrome that successfully combines Retry with the old but beloved Nokia time-waster, Snake. Moreover, it’s a free-to-play game that’s largely fair about its monetization methods. 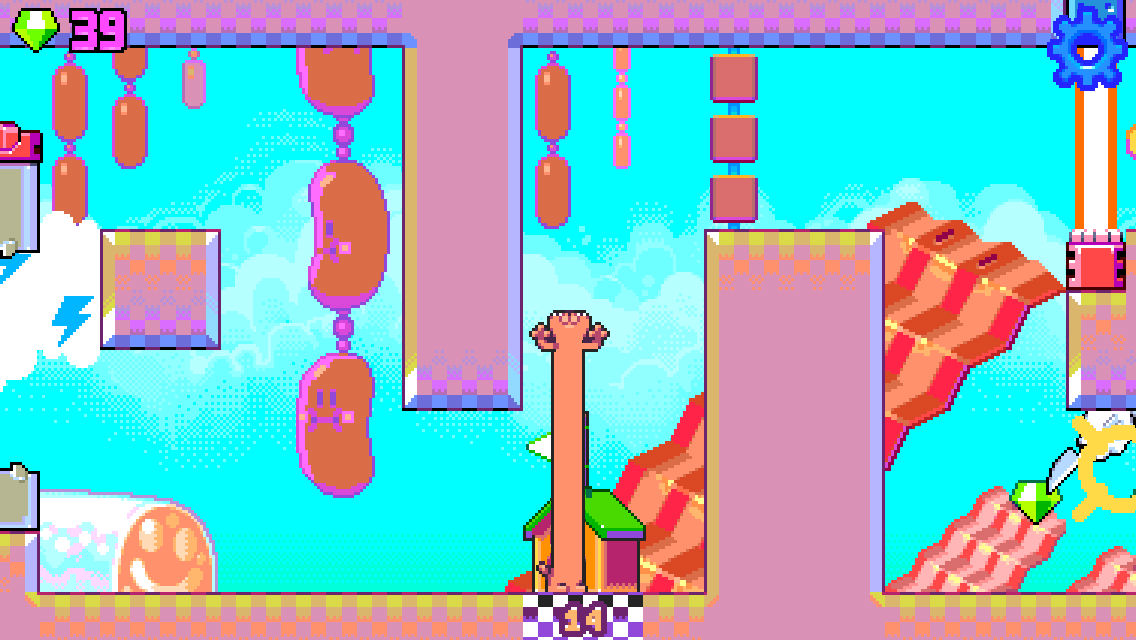 When you swipe the screen, Silly Sausage’s prehensile pup starts growing from whatever spot he’s anchored to. And he keeps on growing until his front end grips onto a safe surface and he pulls his long, long trunk back into itself.

Like Retry, the point of Silly Sausage is to get from checkpoint to checkpoint without getting bashed up by the many traps in between. Touching anything with a sharp edge is death – and staying safe is harder than it sounds when your body can stretch to infinity. More surface area means more opportunities for inexplicably disembodied hands wielding knives to stab at thee.

But dodging traps isn’t the only pastime our silly sausage dog lives for. There are unpredictable pipes to navigate, and you can also get him to activate buttons and switches by steering his body accordingly. Many gates you come across require the pup to hold down two or more buttons at once, which means a lot of twisting and turning around traps in order to get the job done. Silly Sausage in Meat Land is full of similar clever gameplay tricks that make you say “Ha! Ridiculous. I love it.”

And even though the challenge can get pretty intense in Silly Sausage, it almost never feels cheap or unfair. The controls are pixel-perfect, and your dog friend travels at a moderate pace that makes it easy to guide him. Each scenario has a safe solution that needs to be sussed out, and keeping your doggie out of danger while thinking things over is part of the game’s challenge.

Death inevitably carries you off from time to time, but even though Silly Sausage is free-to-play, it does what it can to keep you interested. Checkpoints are relatively close together and can be triggered either by gems (which you collect or buy), or by watching an ad.

There are also ads that occasionally pop up after dying, and these are admittedly annoying when you just want to get back into the groove. You can get rid of these death-ads with a one-time purchase, but you still need to pay gems or watch ads for checkpoints. 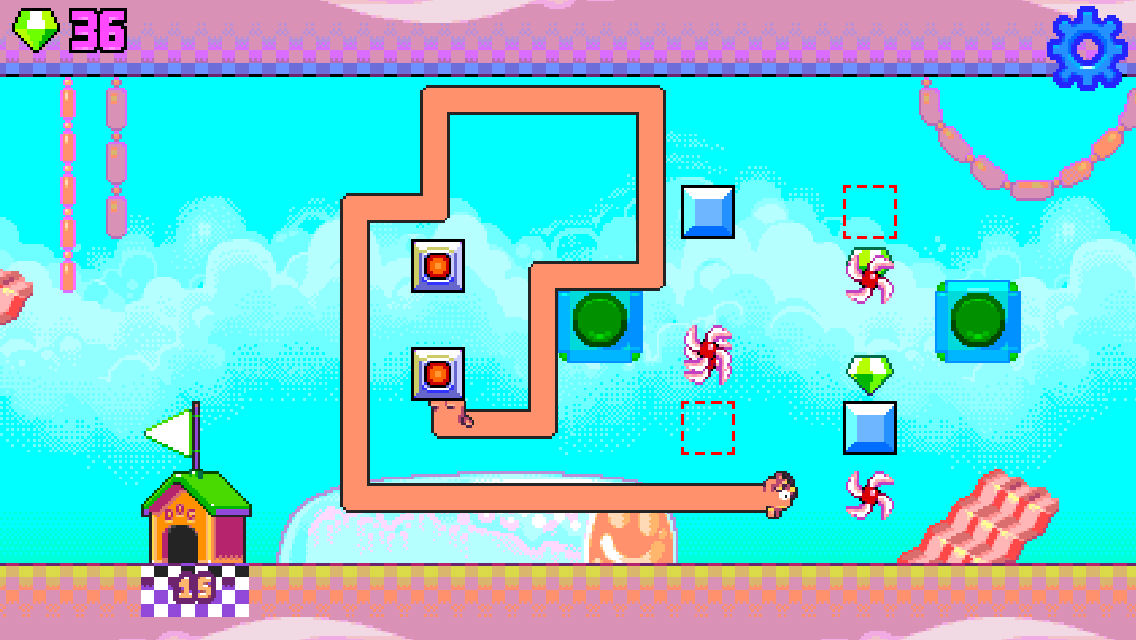 Silly Sausage in Meat Land exemplifies why Nitrome has been one of the top dogs on the App Store and Google Play in recent months. It’s cute, highly accessible, and offers a fair challenge.

Plus, it’s the only game that’ll reward you for sniffing your own butt. In any other context, that kind of behavior usually prompts mothers to warn their children away from you.

The Trace Review: Not Quite Hard-Boiled