By Andy Chalk | 6 years ago 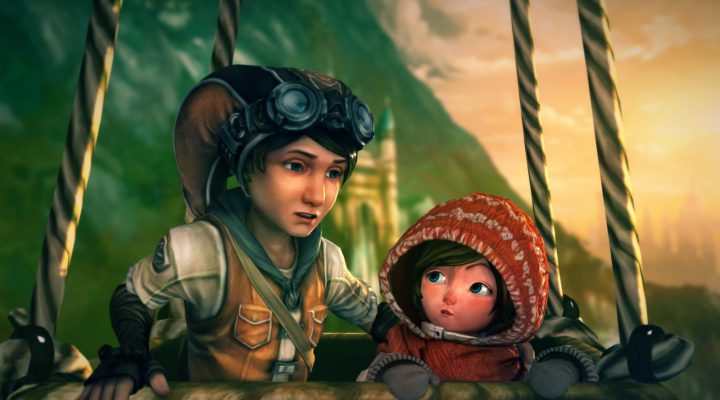 Lovely soundtrack - understated, but ideal for the setting

Too many unexplained references to The Whispered World

Slow loading between scenes, even when moving back and forth between the same two locations

Sadwick is a jerk. And I’m not the only one who thinks so. Most of the cast of Silence, Daedalic’s recently-released point-and-click follow-up to the 2010 adventure The Whispered World, clearly don’t care much for him either, and even his only friend Renie, the young sister of his alter-ego Noah, doesn’t believe he’s capable of handling simple tasks without botching them somehow.

Sadwick is a persistently downcast uber-pessimist, a literal sad clown who spouts doom and gloom at every opportunity. When it’s time to make a plan, he’s the the first to warn that they quest in vain; when the plan doesn’t work out, he’s the first to take credit for calling it. At the midpoint of Silence, a game in which he stars one of two “heroes,” the band of rebels he and Renie have been working with tell him to pound salt with barely a glance over their shoulders, because he’s useless and they’re sick of him.

This, apparently, is the nature of the character as established in the first game. I say “apparently” because, while Daedalic dropped “The Whispered World 2” from the title for reasons unknown, Silence is still deeply rooted in the events of the original game, and makes numerous references to it. But it does nothing to explain any of those references. At one point, Noah gravely reminds Renie that she knows what kind of world Silence is, and how important it is that they escape. And maybe she did know the big secret, but I sure as hell didn’t. I thought Silence—obvious political troubles notwithstanding—looked like a pretty groovy place. 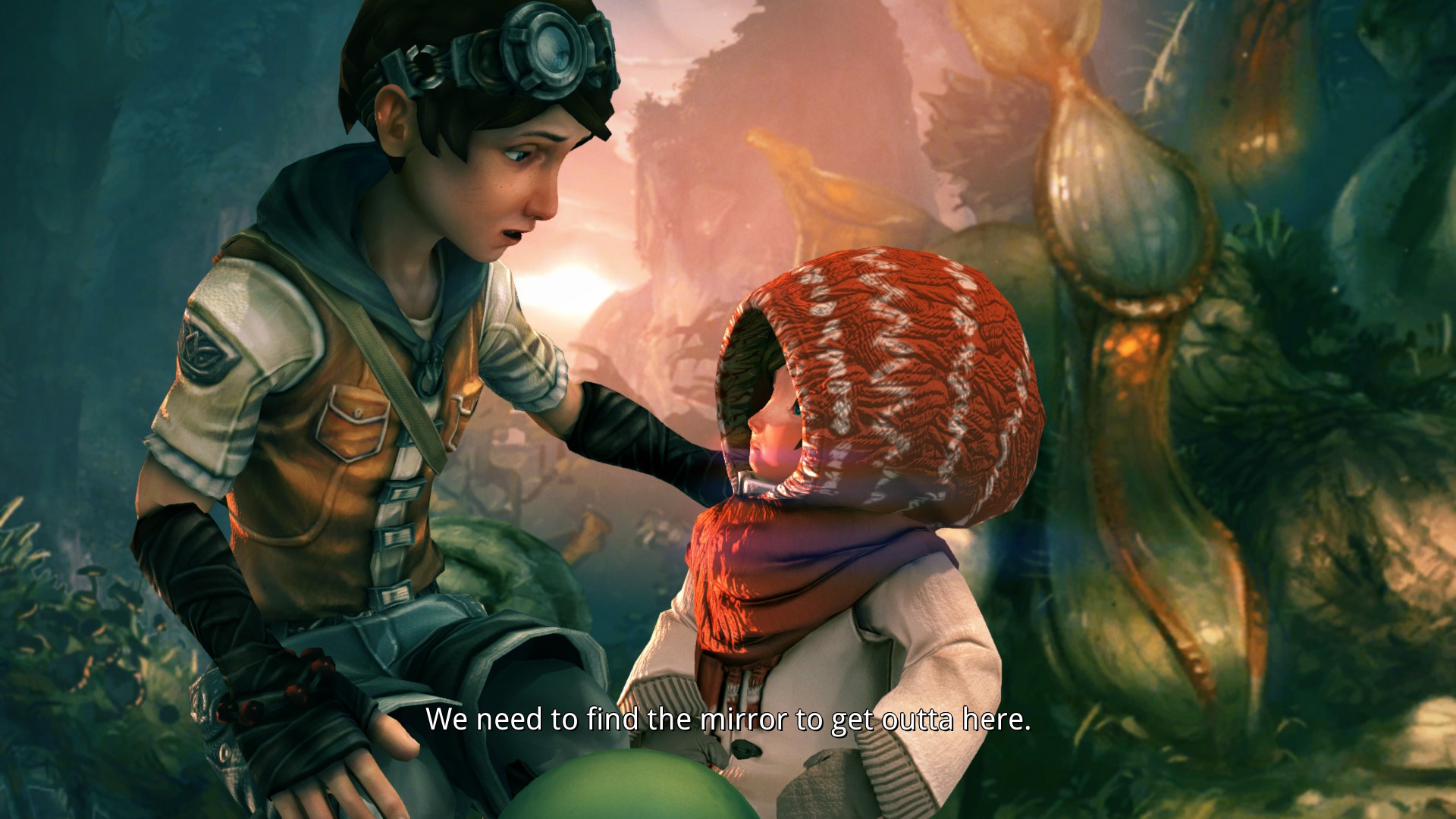 Sadwick himself is another example of how the game fails to put its pieces together. The game begins with Noah telling Renie a story about a clown named Sadwick, one he’s obviously told her many times before. Later, while exploring the world of Silence, they discover Sadwick’s jester hat, which Renie asks Noah to wear. He obviously doesn’t want to, but puts it on anyway to keep her happy. When he does, he immediately “becomes” Sadwick. His appearance doesn’t change (except now he’s wearing a hat) but his demeanour does: He goes from being a capable, “can-do” hero figure to a mopey goof. Renie even stops calling him Noah and starts calling him Sadwick.

Why? I don’t know why, and that aggravated me. Not because the story is so good that I need to know more—it’s not—but simply because the utter indifference to telling a coherent story left me utterly indifferent to it.

It’s doubly frustrating because Silence is a remarkably beautiful game in places, and the hand-painted backgrounds blend with the understated music to create a backdrop for the sort of game I really want to enjoy. But the emotional depth promised by the opening segment just isn’t there. Eye candy aside, my initial attraction to Silence arose from Daedalic’s apparent desire to “say something” about life, death, childhood, escapism, whatever: I mean, you don’t make a trailer like this for a fart-joke slapstick farce. Yet for the most part, that’s what this is. The fat guy gets his arm stuck inside a giant Venus Flytrap; a wacky gang of feral Furbies runs amok and must be corralled; there is even, yes, an actual fart joke.

I never once felt even the slightest sense of peril or urgency, even when Kyra, the leader of the resistance, very casually announced her plan to sacrifice herself in order to blow up a bridge. The resistance is about as serious as the Scooby gang, and faces a comparable amount of danger: The Seekers, the mindless soldiers of the False Queen, look dangerous but are about as threatening as a stern stare. Nor is it a very difficult game: There’s no inventory, and on-screen prompts indicate how objects are meant to be used together, although the relatively small number of interactions means that the solutions to most puzzles are fairly self-evident anyway. There are a few sequences that require trial-and-error, such as retrieving a shard of a magic mirror from a sleeping dragon, but in all such cases the steps involved are relatively few, and I never had to spend more than a few minutes figuring them out.

That’s fine: I’ll take a good story over hardcore “adventure logic” puzzles any day. And I’m sure the story in Silence will resonate more effectively with players of The Whispered World. But when it was all over, I felt nothing at all, which was tremendously disappointing. I’m all about giving myself over to emotional manipulation for the purposes of entertainment, but the story here doesn’t pull together in any kind of coherent whole.

And Sadwick is a jerk. One of the game’s most jarring moments comes when it’s nearly over, when he has—and in my case, takes—an opportunity to do something truly horrific and out of the blue. I can’t in good conscience tell you what it is (big, big spoiler) but it was startlingly, almost psychotically, violent, to the extent that when his big redemptive moment arrived shortly thereafter, I literally laughed out loud. 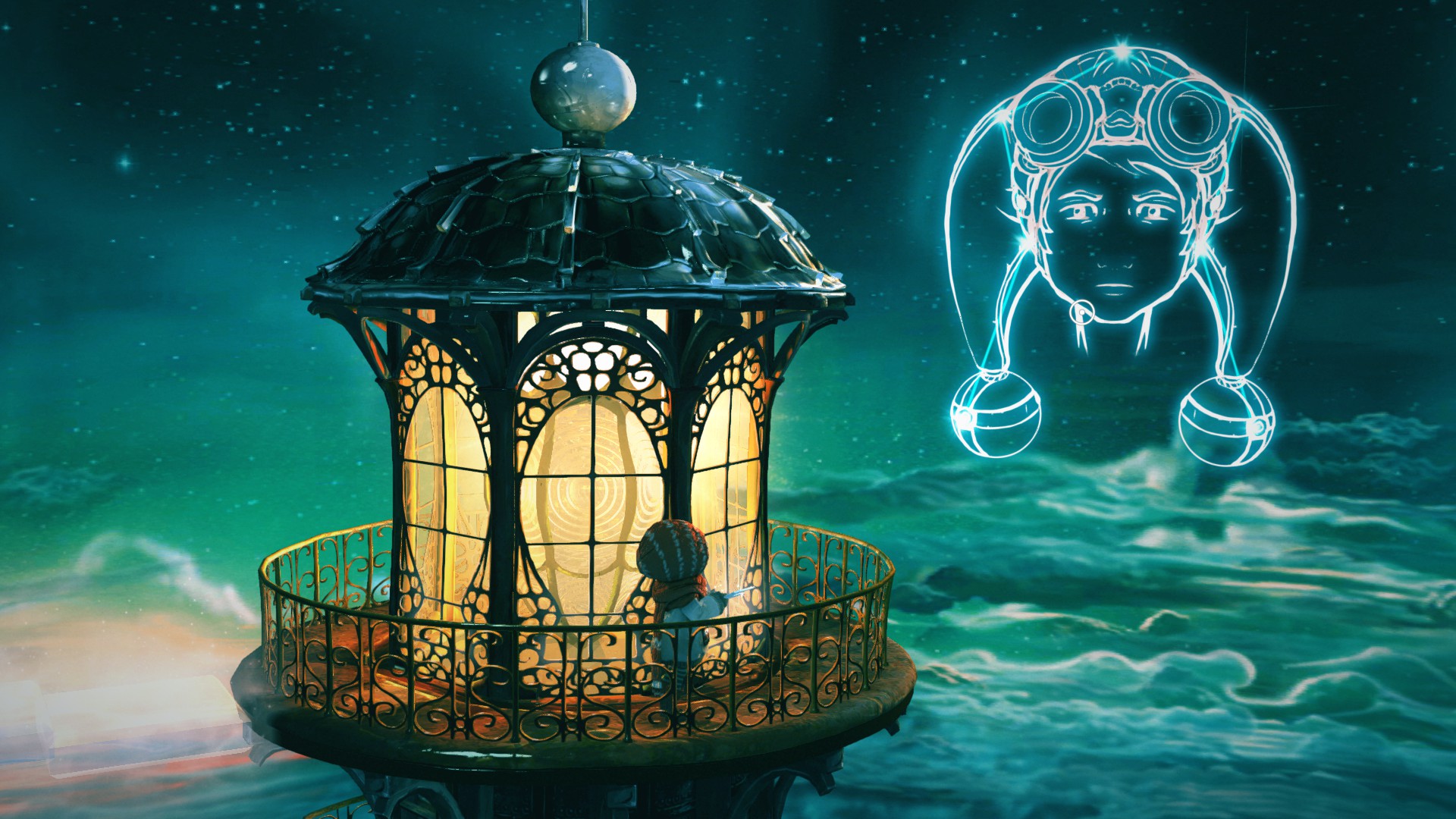 Silence is a kind of dreamworld, and so the disjointed narrative isn’t entirely out of place, but that I never got the impression of a “dream-like” experience out of it. Characters behave almost randomly (a Resistance member forms a fast bond with Renie, gushes about how great she is, and then for no discernible reason seems to forget about her entirely) and there’s no sense of progression from beginning to end.

Daedalic is obviously trying to tell a moving and meaningful story, but Silence falls far short of that goal. It could have been—and dammit, should have been—a good game. Instead, it’s a bit like looking at a jumble of someone else’s vacation photos: Individually they may be lovely, but collectively they don’t mean a thing.