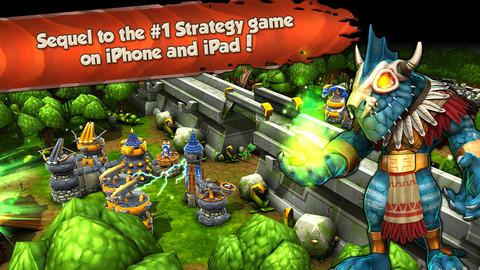 Siegecraft TD is a solid tower defense outing that feels familiar despite some new twists.

There isn’t a whole lot wrong with Siegecraft TD. It’s a nigh-on perfect representation of the current state of the tower defense game, filled to the brim with tower types, tons of enemies, strategic positioning across a host of varying levels, and a slick drag-and-drop interface that is easy to use. But while there isn’t much to chide Siegecraft TD about, there isn’t exactly a huge amount to get excited about, either. You’ve already played this game dozens of times before elsewhere, and the game does nothing to separate itself from the overly-saturated genre, especially on mobile.

There are lizard hordes attacking your land, and so in true tower defense style, you’re asked to place down shooting buildings all over your nice, clean lawns to stop the baddies in their tracks. Enemies start off at a slow, subtle pace, and slowly build up over a dozen waves or so, allowing you to build up your arsenal to match their might. (On a side note, have you ever noticed that the enemy hordes in tower defence games always start off in small numbers, and send the weak guys out first? If I was a lizard horde commander, I’d surely just send all my guys out from the get-go, including the huge tough soldiers, right? Man, maybe video game AI hasn’t come as far as we perceive.)

By positioning your towers in a clever pattern, you can force the enemy to run around a fixed path and scoot past as many offensive towers as possible, dealing lots of damage to stop them before they reach your castle. If too many enemies do get to the castle, you lose. Siegecraft TD riffs off the usual formula, allowing players to shift the camera around and get a real feel for the battlefield. This is particularly useful on later levels where the environment can hide certain parts of the playing field – although really, if you stick to the default “from above” camera, you’ll be dandy.

You unlock towers slowly but surely throughout play, allowing you to learn the ropes without being bombarded by tough enemies from the very beginning. There’s the option to choose between easy and hard mode too, which makes the game suitable for both newcomers to the genre, and veterans to the cause. Elsewhere, a nifty levelling system gives you an added sense of progression. 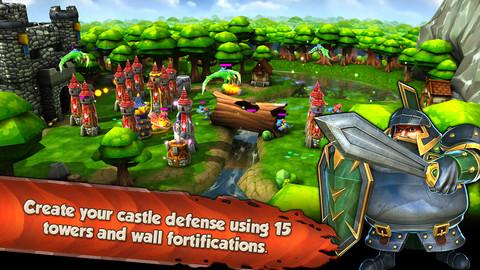 But as mentioned previously, Siegecraft TD doesn’t really do anything notable, and we’ve seen it all before in a plethora of other tower defense titles. Even the asynchronous online multiplayer, while a welcome addition to the Siegecraft series, isn’t at all unique. Again, it’s great, but it was great the other times we played it too.

The game’s unwillingness to break from the average tower defense game consensus is seen elsewhere too. The story is dull, and the characters are immediately forgettable, while the visuals are pretty, but nothing noteworthy. The sound effects in particular, from the birds squawking as they dive-bomb, to the shouts from your men in the towers, are so unsurprising that I probably could have guessed what they were going to sound like before I played the game. 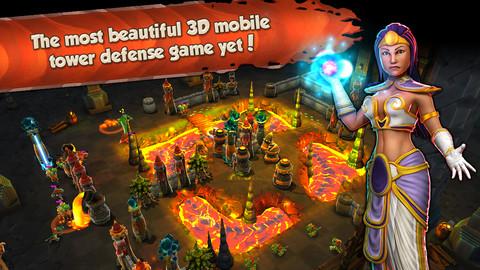