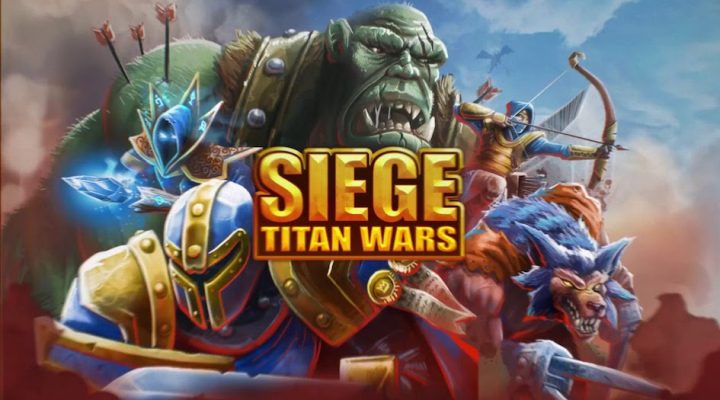 Satisfying to watch your army roam

You've played it before in a different guise

Pay to win is prevalent

It’s safe to say that Clash Royale changed the face of mobile strategy gaming permanently. SIEGE: Titan Wars is another game in that kind of vein, although it has the decency to borrow from many other titles as well. Sure, you’ve played bits of it before, and it’s certainly quite derivative, but it’s a fairly well made combination of popular elements and you’ll be tempted to stick around for a while. 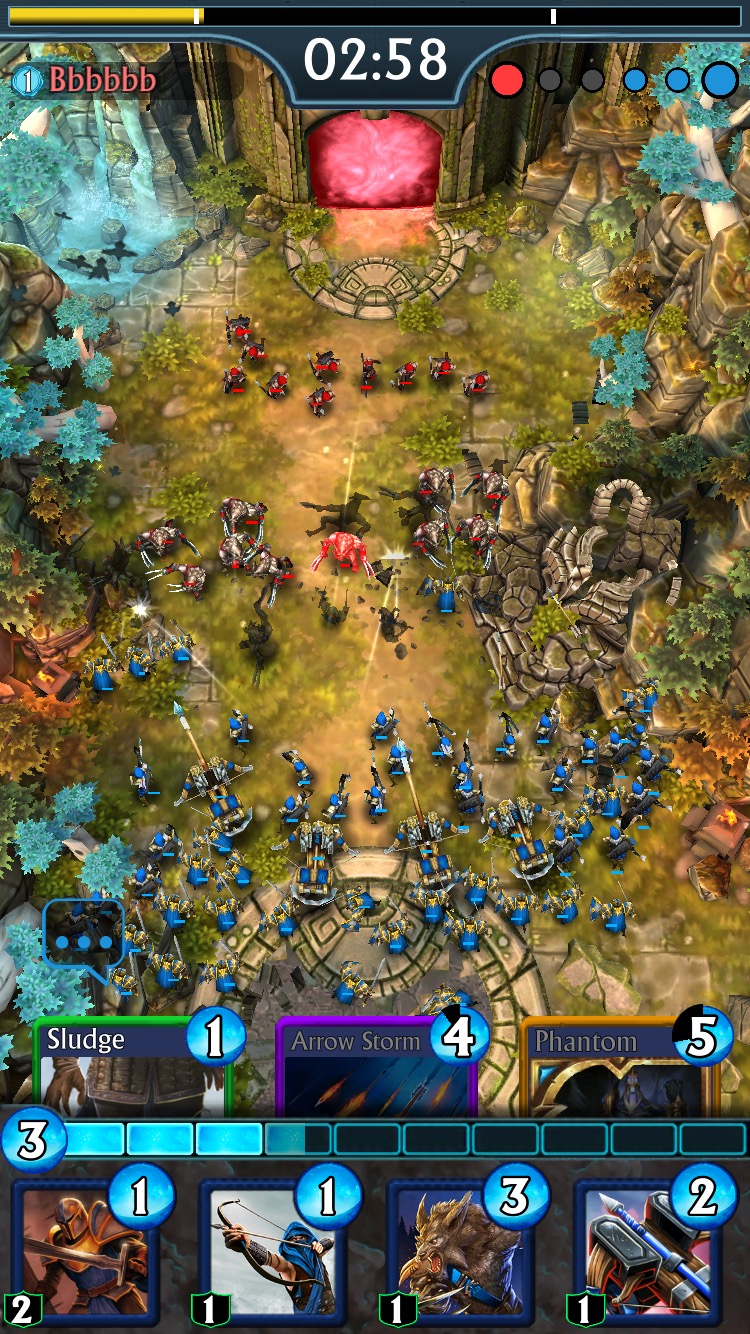 Your mission is to establish an army of warriors, before conquering players in a series of PvP battles. Combat is of the lane defense variety, to an extent, with the portrait layout having you roam upwards to take out the enemy. Along the way, you have to destroy two of their towers before taking out the enemy base. Oh, and of course, you need to work on stopping the troops who are trying to do exactly the same as you. It’s a busy and sometimes frantic experience.

Laying down troops is a matter for SIEGE: Titan Wars’s collectible card game side of things. You’re assigned energy with one energy point added every second. That energy can be used to place down various unit types, as well as cast special attacks. The key here is to maintain balance. While 1 energy point places basic infantry down, 3 can unleash a much stronger unit, while 2 utilizes siege weaponry which is particularly effective against towers. Special attacks vary as you use them with the Orc warrior costing 4 points and being really rather overpowered. 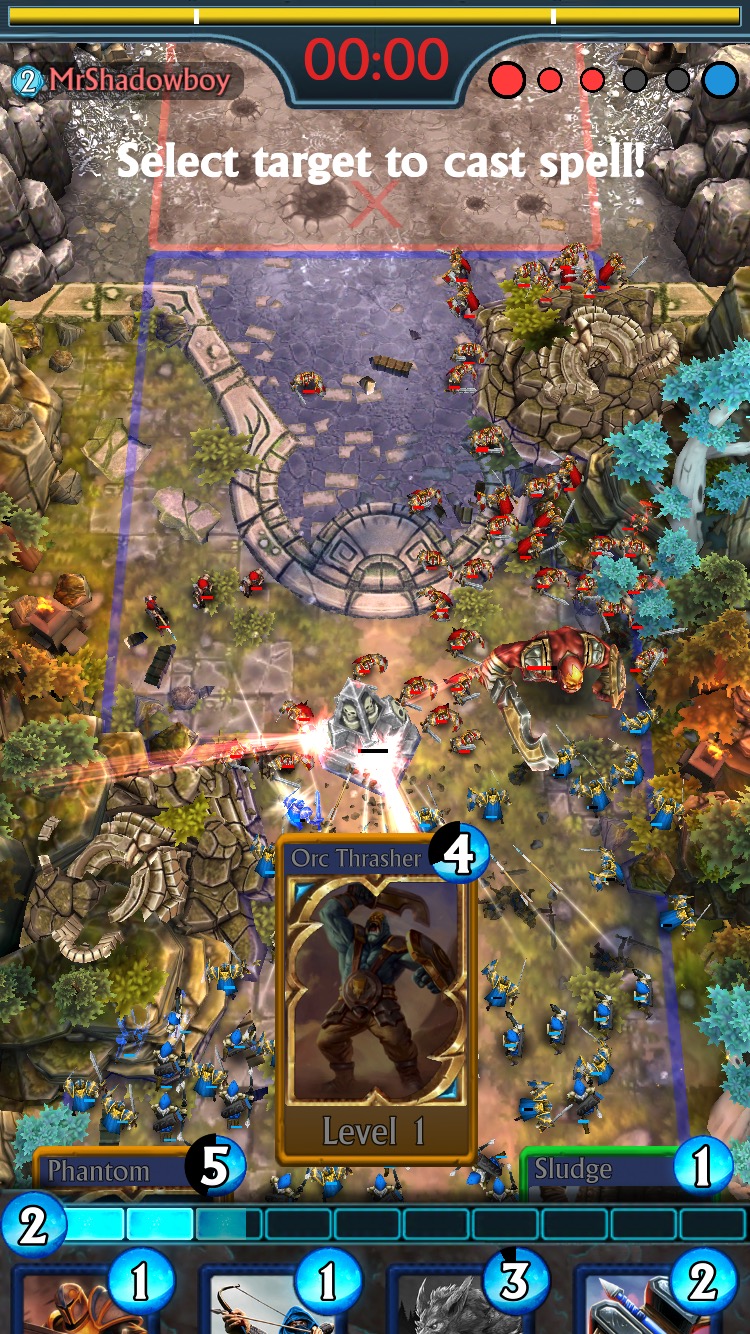 It’s all down to risk and reward, deducing when you should be overwhelming your opponent with a flurry of 1 point troops, or whether you should be waiting it out and inflicting a much stronger attack in one go. Spells such as sludge are also available, slowing your foes down, with fireballs and arrow storms also possible.

Battles take about 4 minutes with the potential for sudden death if you’re deadlocked. It’s an ideal length for the mobile format, although sometimes you will feel as if you’re not actually getting anywhere. When you’re both similarly matched, there can be a lot of waiting and watching to see what unfolds rather than a real sense of progression.

Outside of combat, there’s still a fair amount to do. You can work towards unlocking chests which in turn give you new cards and upgrade options. In a similar manner to many collectible card games, you’re typically required to unlock a few of one type of card before being able to use them to upgrade. It’s a simple yet effective system, with the best method being to focus on your favorite forms of attack.

That also means that the longer you play SIEGE: Titan Wars, the stronger you can become. You can work on establishing a strong deck of cards, before testing them out on some opponents.

Inevitably, there’s a pay to win style system in place. If you throw money at the problem, you can unlock things faster and progress at a steadier rate. It’s tempting to do, but SIEGE: Titan Wars just about throws enough freebies at you to make it possible to resist.

There’s also the issue that you’re going to end up fading away from SIEGE: Titan Wars. After all, it’s a mixture of things you’ve seen before. Without the touch of class and precision that something like Clash Royale offers, it doesn’t quite have the staying power. For a little while though, it’s quite appealing.