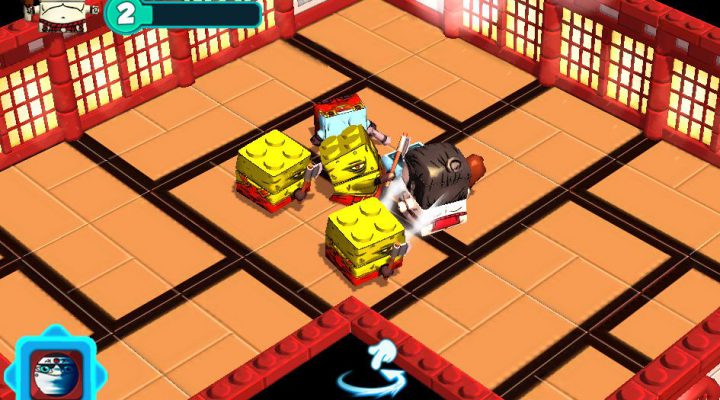 The toys are good, silly fun.

Once you push through the frustrations, you'll find a good game underneath.

Toy scanning is a struggle at best.

You'll experience a terribly unbalanced level of difficulty in your first hour of play.

You'll feel the need to spend some money on toys if you want to have a big enough team to live through challenging moments.

“It doesn’t do what it’s supposed to do.”

These were the first words my seven year old said to me after spending 20 minutes with Sick Bricks. As their target audience, this isn’t the sort of first impression that Spin Master is hoping to make with my daughter.

And after a few hours with the game myself, I can see where she’s coming from. 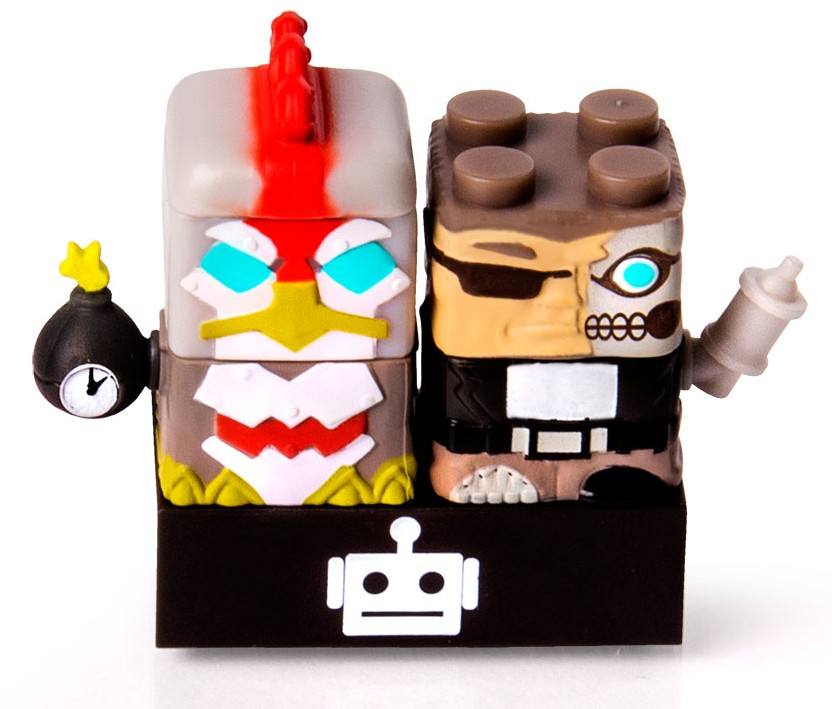 Sick Bricks is a new toy/game hybrid from Spin Master, the Toronto-based toy company behind such universally-loved brands as Air Hogs and Aquadoodle. And while it isn’t their first mobile game – they’ve had companion apps like Air Hogs Control and brand-based games like Tech Deck: Skateboarding Evolved – this is their first foray into the coveted “physical-meets-digital” space popularized by Skylanders and Disney Infinity.

And on paper, it sounds like a great idea. The game itself is available as a free download, and provides a small handful of characters to play with even if you haven’t made a physical purchase. Additional characters can be bought in-app with currency or — and this is the fun part — at your local toy store.

Single characters are available, two-packs, five-packs, and even bigger packs with vehicles and set pieces.

It’s one of these latter purchases that spelled the first signs of struggle in the Squires household. 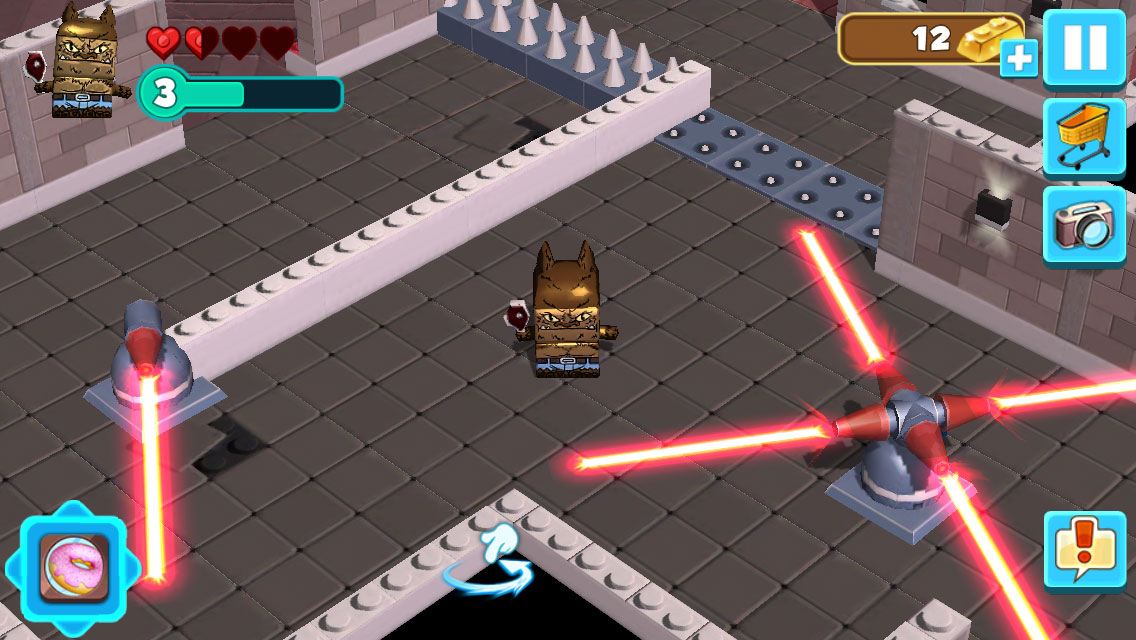 “It doesn’t do what it’s supposed to do.”

“I’m supposed to be able to scan the characters into the game so I can play with them, and it worked with the wolfman, but I can’t get the alien to scan into the game.” 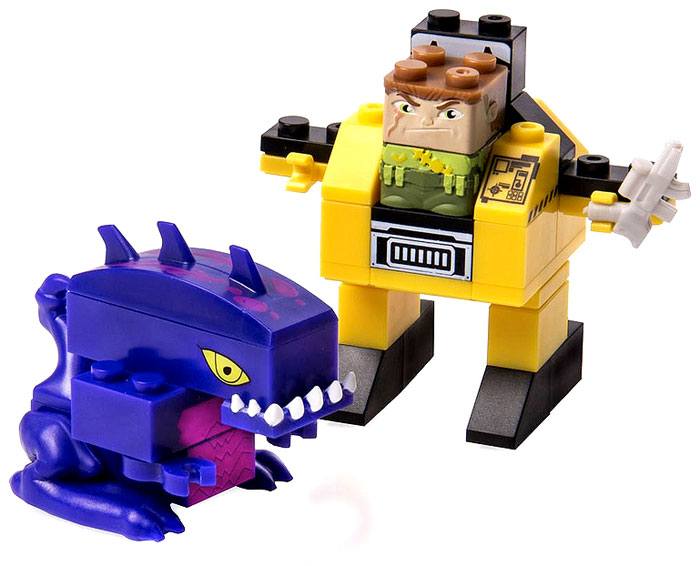 Your gut reaction, like mine at the time, will be to assume it’s a technical issue. Maybe it’s not very good at scanning, or maybe there wasn’t enough light in the room. If either of these were the culprit, it would be easy to forgive Sick Bricks its weakness in this area.

The truth, however, is a little more problematic.

Sick Bricks doesn’t do a good job of presenting what its toys are, and as a result, it can lead to a lot of frustration. And not just if you’re my seven year old daughter.

Still, put yourself in her little shoes for a minute. You’re a kid, and you’ve seen the ads for Sick Bricks. You get to the store and you’re excited – you’re going to spend your allowance money on your first pack of figures. Seeing your options, you go for one of the “Big Sick Character Packs,” because they have two characters and a cool vehicle. What’s not to love? 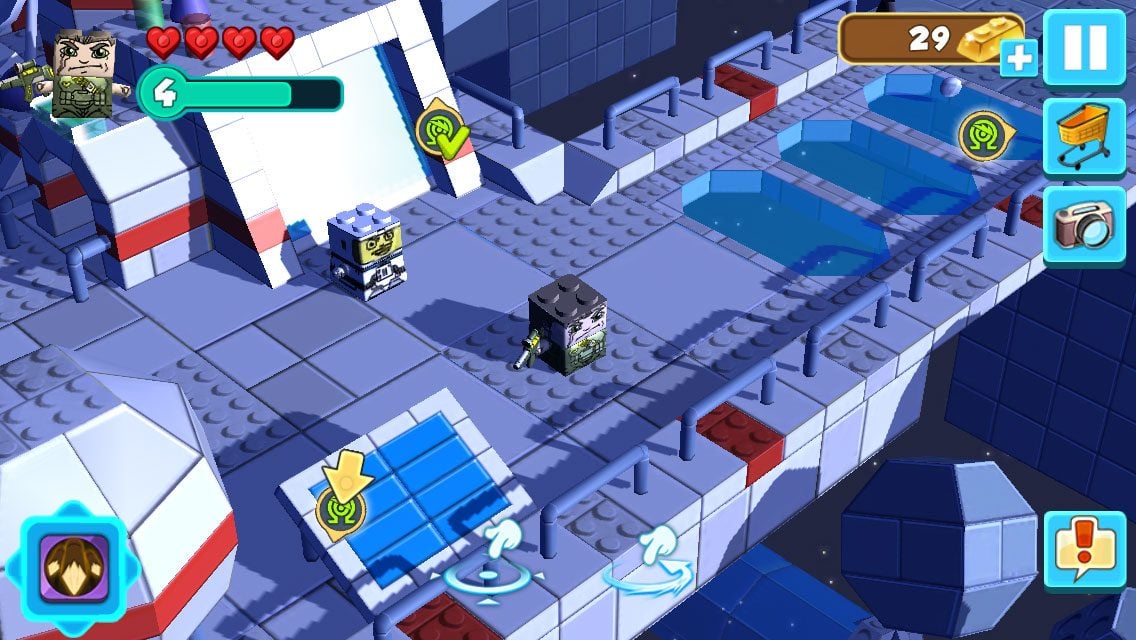 Then you get home, download the app, and try to scan both the characters in… but only one of them will work.

The other, it turns out, isn’t a character at all. It’s a set piece. And you can’t even scan it in until you’ve progressed far enough in the game. But you don’t learn this at the time. From purchase to scan to play, there’s no indication of what’s wrong until you get far enough into the game to scan it.

If you’re a kid, this sucks.

And considering both the packaging and the instructions show the set piece as being scanned, you know it should work. That’s why you bought the damned thing.

As an aside, there are problems with the scanning too. Basic characters took more than a few tries each time, and set pieces (the Xenomax Alien in particular) wouldn’t scan with my iPhone 5S camera until I took them outside in direct sunlight.

No child is going to have the patience needed to get this to work.

Even if they do, the game they’ll find beyond the toys throws up its share of frustration… at least in the beginning.

Sick Bricks is sort of a hodge podge of different elements that sometimes works and sometimes doesn’t. Essentially we’re looking at a dungeon crawler and a city builder smooshed together with a kid-friendly narrative (and plenty of hammy, over-the-top voice-acting that will no doubt make the little ones smile). To progress through the story, you’ll visit “hideouts” of goons for the game’s villain, clearing them out and reaching the end.

These hideouts are randomly generated each time you go into one, giving the game a good deal of replayability. Unfortunately that random-generation isn’t flawless, and on one occasion I ended up trapped in a room full of spikes that couldn’t be retracted. In another, there was a wall of fire that refused to dissipate. 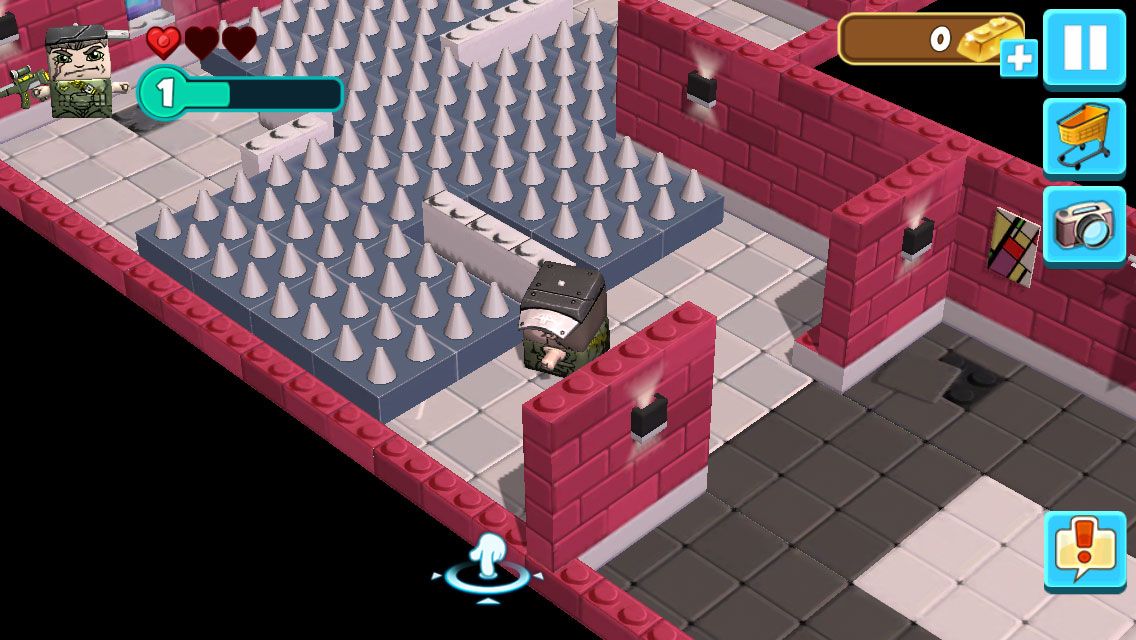 Sick Bricks’ controls are simple enough; you’ll tap where you want to go and tap who you want to punch/shoot, while performing a different tap/swipe/swirl activates each hero’s special moves. It’s an accessible game, but, in the beginning, it’s also terribly unbalanced. As a 34 year old man that cut his teeth on games like Ninja Gaiden, I shouldn’t be struggling to deal with a couple of pint-sized building block baddies in a child’s game — but I am.

Enemies tend to swarm you quickly, and with low level characters, your health goes down too fast. You can switch to another hero when you die, but the hero you’ve just lost? There’s a timer system in place that prevents you from re-using them right away (unless, of course, you want to use premium currency). 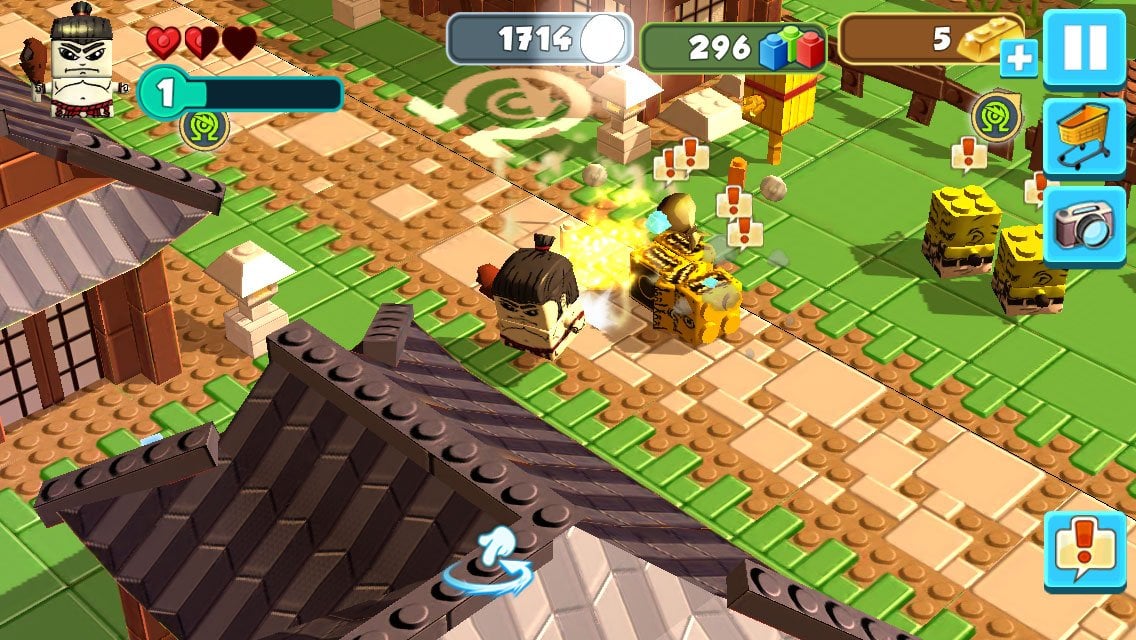 And that’s the real trick here. As free as it is, Sick Bricks seems built from the ground up to make kids want to spend more money. The more heroes you have, the fewer roadblocks to play you’ll encounter.

And when it comes to tutorials, I don’t think I’ve ever encountered one that felt so blatantly like a way to convince kids to buy things. The character explaining it to you actually ends up begging players to buy them something from the store (in the same way that you, as a child consumer, begged your parents to buy a Sick Bricks figure in the first place). It teaches you how to take the premium currency, convert it to soft currency, and use that to buy hats and weapons for your character. Never once, though, does it explicitly tell kids that if you want a reasonable number of gold bars to convert to coins,  you’ll need to spend real money. 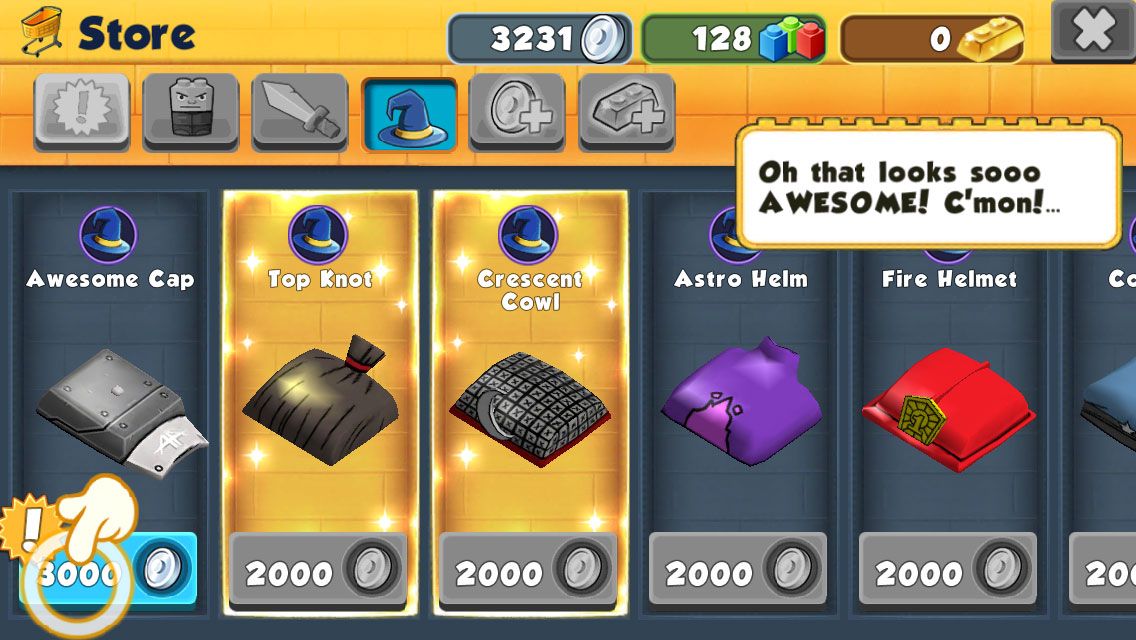 In between dungeons, you’ll explore the town and complete simple Animal Crossing-style quests for the citizens while trying to rebuild homes and buildings (which, yes, requires items you collect in-game or premium currency). Every building you build, dungeon you complete, and character you buy will earn you stars. These, in turn, will unlock whole new areas to play in with themes like “ninja” and “space.”

But here’s the thing: if you can look past the flaws and struggles, Sick Bricks ends up being a genuinely fun game. If you’re willing to drop a little money to have 4 or 5 physical toys (they’re a lot cheaper than Skylanders) and level your characters up a bit, the balancing eventually evens out. Yes, it’s a pain to try and scan them every time you earn a new level, and yes, there are a lot of other niggling annoyances that you’ll have to get used to – but if my experience is anything to go by, it might just be worth it. 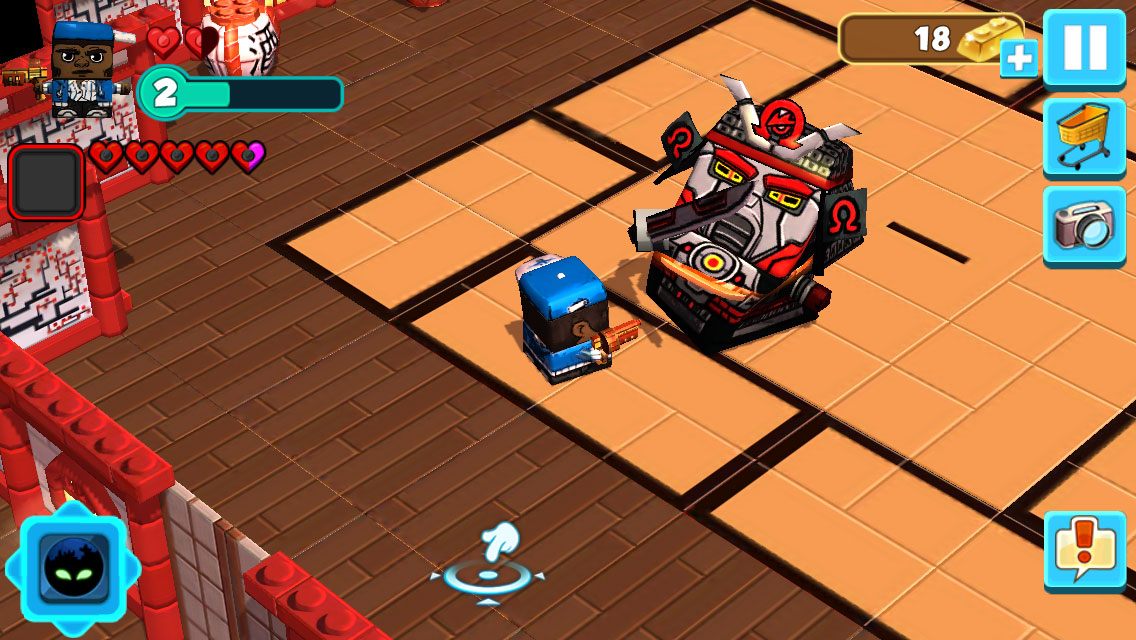 Sick Bricks is good game hiding in a bad one. The toys are great, the concept is good, and the gameplay (eventually) provides plenty of fun. But there are big problems that simply can’t be ignored: the game’s early balancing is a joykiller; the shop tutorial is concerning; the toy scanning isn’t anywhere near as responsive as it needs to be, and the lack of clarity about what certain toys do will deflate any kid’s excitement.

If Spin Master takes this back to the drawing board, they could really have something here. The toys are cute, and could be a hoot to collect regardless of the mobile game they’re tied to… just be prepared to push through some frustration with the mobile game as it stands now.