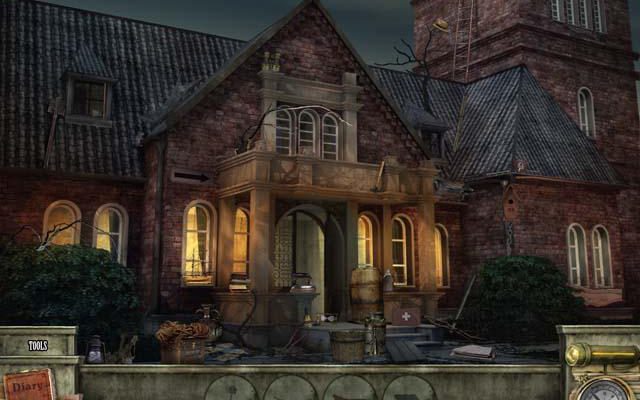 Here is some wisdom for you: the number of long, thin items a hidden object game asks you to find is directly proportional to how much that game is going to suck. Virtually every level of Shutter Island, a tie-in with the upcoming movie of the same name, has you looking for pencils, cigars, matchsticks, candles, scalpels, thermometers or icepicks. In other words, there’s a whole lot of bad going on with this game.

It’s a shame, too, because the set up is so promising: You’re a Federal Marshal who’s been sent to a facility for the criminally insane to investigate the disappearance of one of the prisoners – oh, sorry, I mean patients. At first, the hospital seems normal enough, but the cracks soon begin to show. Something is clearly going on…but what? 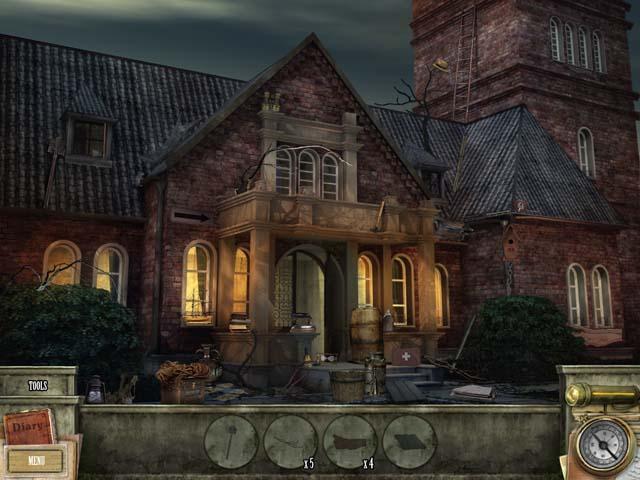 Unfortunately, Shutter Island utterly squanders its potential. Its hidden object levels are sloppy, repetitive affairs that commit the unforgiveable sin of asking you to locate small objects, then making the cursor unbelievable finicky. In one particular level, I clicked on a pair of scissors six times before the game finally figured out what I was trying to do. Picture trying to pick up a dozen wooden matches while wearing mittens and you’re envisioning something less frustrating than wrestling with Shutter Island‘s controls.

The cursor’s lack of accuracy must be infectious, because it affects the word lists, as well. When asked to find a trumpet, you may be surprised to discover that you’re actually looking for a bugle, and that the megaphone on your list is in reality a bullhorn. It doesn’t happen constantly, but crops up often enough to be annoying.

“Annoying” would seem to be a key component of the game’s design, however. One of Shutter Island‘s few bright spots is that you will occasionally have to find a number of specific items in order to overcome an obstacle. You might have to return the contents of a first aid kit to a doctor’s bag, or track down the chemicals necessary to make Molotov cocktails. After you’ve found them all, you place them in the scene by adding them to highlighted circles, but you’ll have to open your tools menu separately for each and every item. Not a big deal when it’s two or three, but when it’s six, it’s just an unnecessary aggravation. Why can’t the menu just stay popped open? 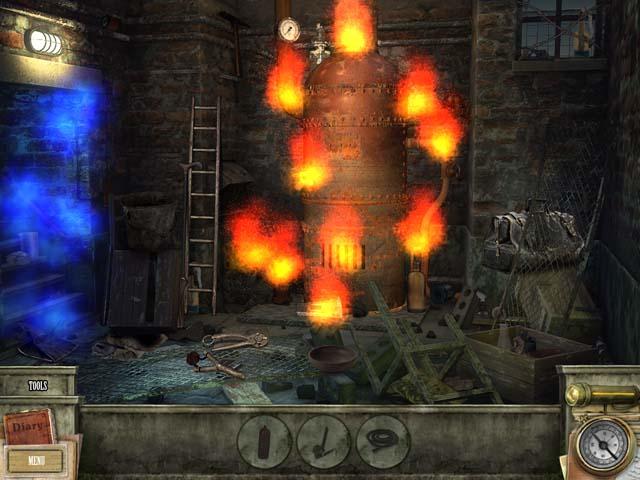 I had a similar forehead-slapping moment of aggravation during one of the game’s few puzzles, a “find-the-difference” level. In an odd twist, rather than simply clicking on the points of the image that differed from side to side, you had to click on an object on one side, then click on its relocated mate in the other side. The instructions – if you can consider the few words of guidance provided at the top of the image to really be instructions – did little to explain the intended goal, leading to several minutes of confused clicking.

Shutter Island‘s story is certainly intriguing, but it’s over far too quickly and, worse, has perhaps the most unsatisfying ending I’ve ever encountered in a game that didn’t actually catch fire and burn my carpet. (Yes, that actually happened to me once.) Assuming you can put up with the game’s many inconsistencies and frustrations, you’ll be done in two hours, perhaps three at the most, and you’ll be so aggravated by the ending you’ll wish you never even started. I’m not sure if this is because the game is meant to simply complement the movie, offering a mere taste of the story, or because the developers wanted something shocking as a finale; in any event, its abruptness is off-putting.

Don’t waste your time playing Shutter Island. Its few small moments of quality are overshadowed by its flaws. If ever a game felt like a slapdash, half-hearted attempt to cash in, this is it.