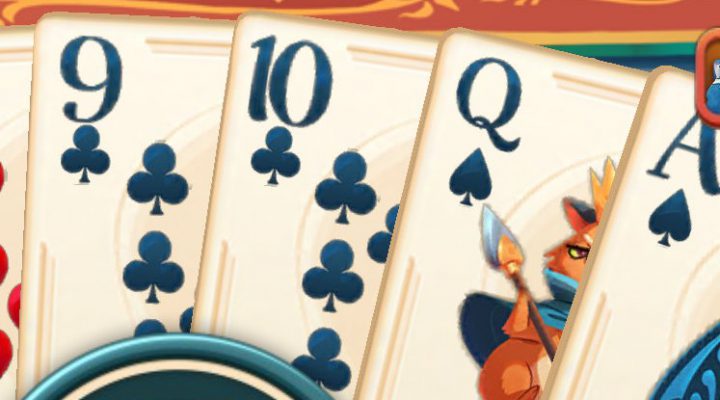 Polished to an incredible shine.

Simple to understand but difficult to master.

It's got lots of cats in it.

Essentially a game of luck.

Can sometimes be frustrating.

Shuffle Cats is a bit of a departure for King. It’s still a casual puzzler, it’s still polished to the sort of blinding mirror sheen that we’ve come to expect, but there’s a little more meat on the game’s bones than the likes of Candy Crush Saga. That’s not to say that it’s a fully fledged meaty morsel, but there’s definitely something here that you can have a gnaw on when you’re starving for digital entertainment. Plus the multiplayer and social components give you something to aim for. Or more specifically, someone to aim at.

Sure it’s basically just Rummy with a few twists and some cats thrown in for good measure, but it shows that there’s more to King than matching gems, and the turn-based online battles are definitely a good way to let off some steam after a hard day of doing whatever it is you do on a hard day. 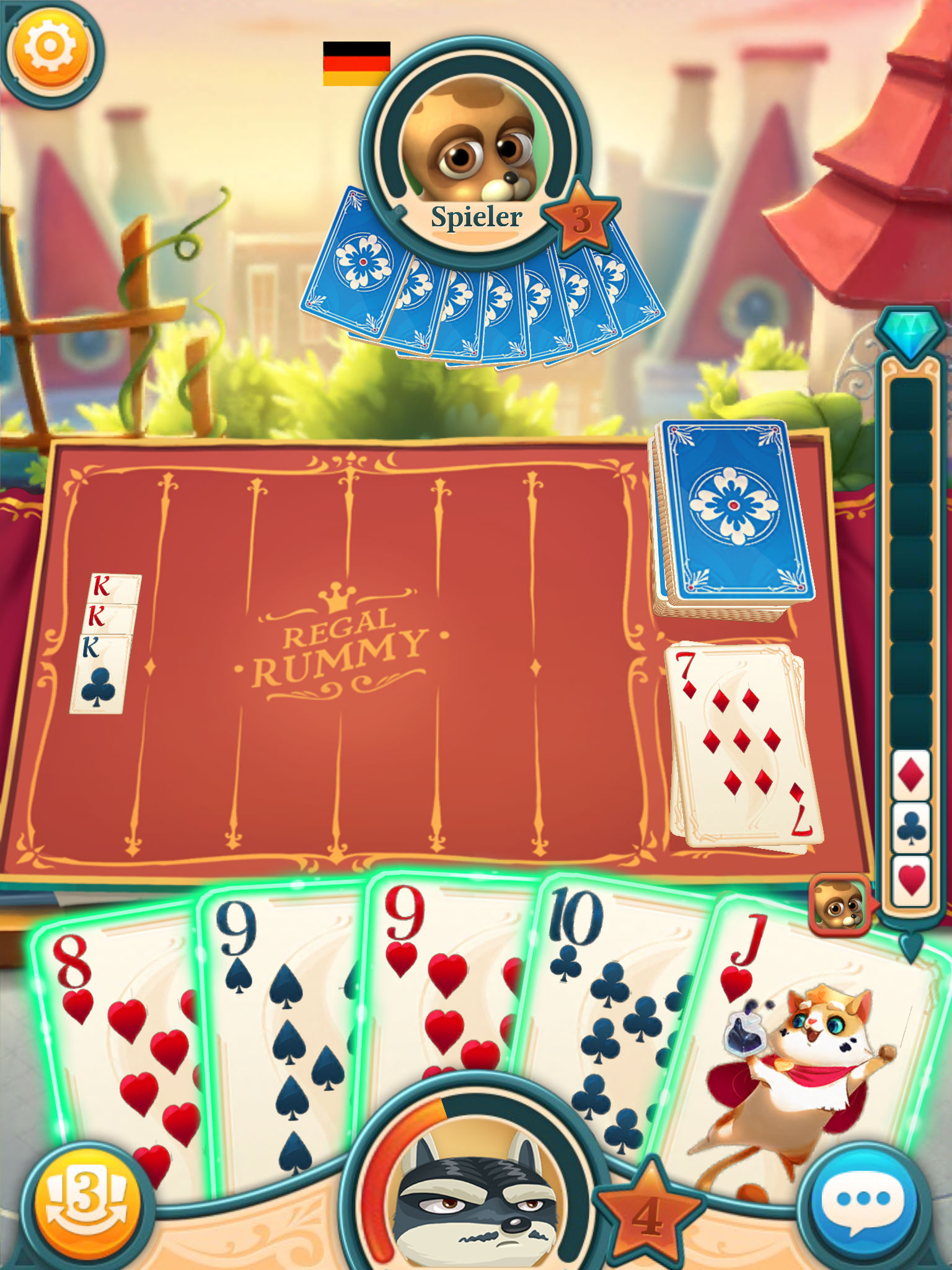 To all intents and purposes then, this is a card game. It’s all about making runs and collections of matching cards to score points. You want to hit the points limit before your opponent does to win. It’s a simple core, and like I said, anyone who’s played rummy will get it instantly.

There are a few twists here and there though, as you’d expect. For starters you can add to the cards that your opponent has played to earn yourself some extra points. If they’ve laid down three fours, for example, and you’ve got the other in your hand, you can stick it down for a single point. You can do that in the same turn as laying down your own cards as well, which opens up the possibility of getting some impressive, game-changing scores, and all at the expense of your opponent. Which makes it even more delicious.

Inevitably there are power-ups as well. These change the points you score for playing particular cards, freeze cards in your opponent’s hand, and a variety of other things. They add a layer of strategy to proceedings, but it can be frustrating if your foe has a better power than yours. 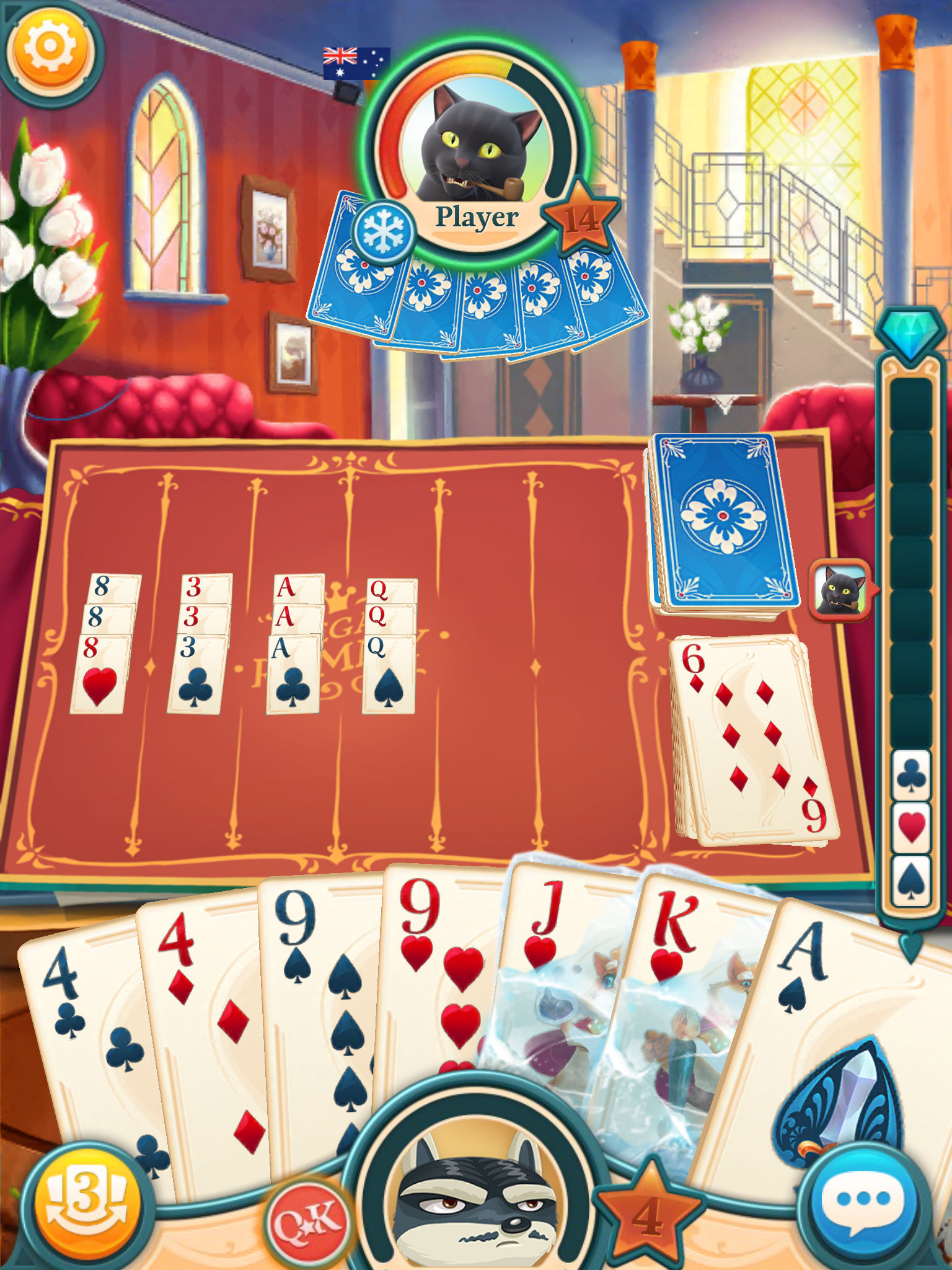 Games last a few minutes max, and while there’s some back and forth, it’s usually pretty clear within a short time who’s going to win. There are rarely sweeping last minute victories that grab a win from the jaws of defeat, and that can leave the whole thing feeling pretty flat.

It’s likely the Shuffle Cats is going to get compared to the likes of Clash Royale, and in all honesty it’s not going to be a flattering comparison. It’s lighter on the action than Supercell’s smash hit, and it lacks some of the ideas that made smashing each other’s towers quite so compelling. There’s fun to be had here, but it feels like Shuffle Cats is lacking that final hook that would keep you coming back for more over and over. The reliance on just a handful of special powers means there’s little chance for customisation, which leaves you playing a game that can’t hide the fact it’s based on luck.

It’s super polished though, and there’s a decent chunk of game here to have a nibble at. But in the end it’s a little too throwaway, a little too lacking in the clout that the very best multiplayer games need to tie you down and ensure you’re in for the long haul. Still, it’s worth a crack, and it won’t cost you anything to pick it up. Just don’t expect it to become the new go-to app in your games folder and you should get along with it just fine.