Home / Reviews / Shooting Stars! Review: Not a Star, But Not Bad 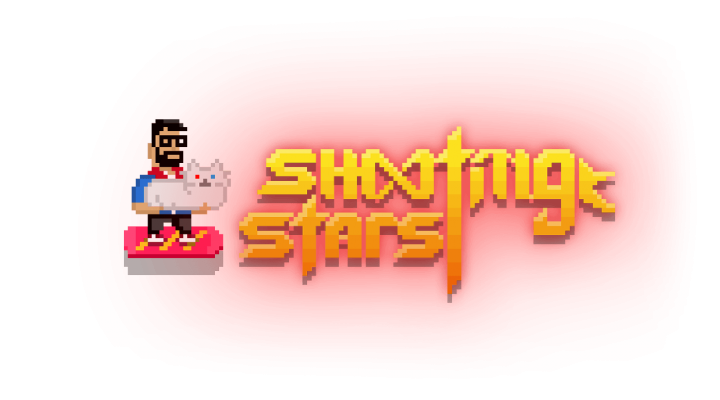 Shooting Stars! is a shoot-em-up bristling with memes. Its premise alone is a risky proposition. When you cram your game full of memes, you risk dating it practically seconds after its release. And predictably, Shooting Stars! is pretty groan-inducing as a result.

Luckily for the player (and for publisher Noodlecake Studios), the foundation for Shooting Stars! is solid enough. It’s a slightly better than average arcade shooting game that’s serviceable as long as you don’t mind being force-fed “I can haz?” jokes like so many cheezburgers.

In Shooting Stars!, you need to save the world from an onslaught of knock-off celebrities like “Grillex,” “Pew Der Pie,” and “Kayne East.” Those names more or less describe the game’s brand of humor. If those wacky monikers don’t make you giggle, don’t hold out hope of getting any more guffaws from the game. 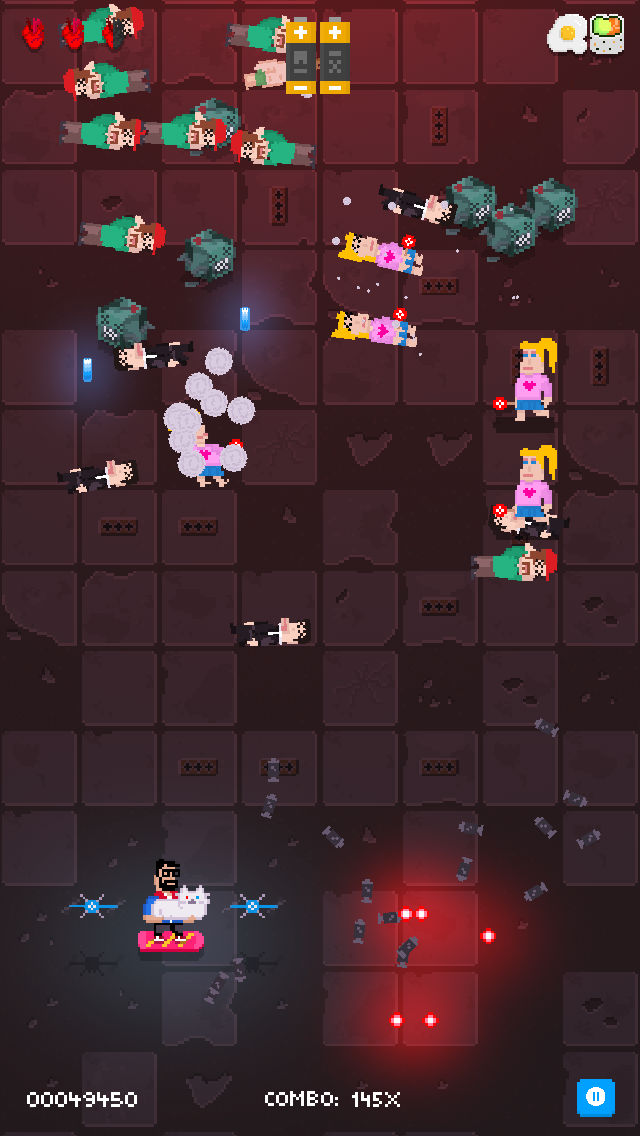 You fly around the screen on a Mattel hover board and shoot lasers from a cat, because memes. The screen doesn’t scroll in the same manner you’d expect from a shmup, but instead remains stationary until you clear each area of bad guys and then fly off to the next level.

Shooting Stars! plays most similarly to Namco’s arcade classic, Galaga. Enemies move in formation, occasionally break away from the pack, and rain down destruction in the form of lasers and missiles. If you get hit in the chaos, you lose energy.

Each stage concludes with a big boss encounter, but until that climactic moment, you’re stuck shooting down small fry like government agents, robots, and for some reason, cheerleaders.

One of the more curious things about Shooting Stars! is its random elements, which is demonstrated through its enemy roster. Neither the small “ships” nor the bosses have any sort of set behavior. Sometimes they shoot solid lasers. Other times they fire loose bullets, or hurl the aforementioned missiles. Moreover, you never know which boss you’re going to face when you start a new game. They appear in a different order every time. 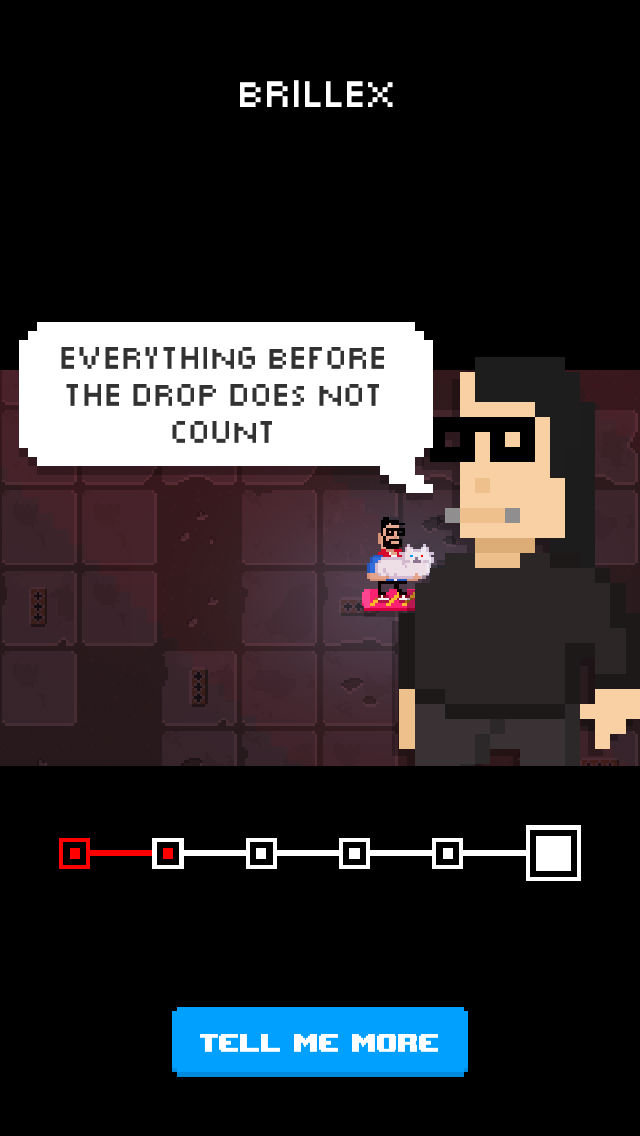 On one hand, it’s nice to have this element of surprise. You never know what you’ll be thrown against when you start a round of Shooting Stars!, which keeps things fresh the first few times you play the game.

However, mastering a shmup means memorizing patterns to a certain degree, and that sort of thing is hard to do when enemies change up their movements without rhyme or reason. A cheerleader should fire a laser, or she should fire missiles — not both. And that is actually a very weird sentence.

Shooting Stars’! memes and ever-changing enemy patterns make for an odd shoot-em-up that’s hard to stay with for any significant amount of time. It’s not unplayable by any stretch of the imagination; if you’re into Galaga-type shooters, it’s not a bad one to try out. But the App Store is already home to brilliant shooters of all kinds (any of Cave’s bullet hell games are a great investment), and those don’t expect you to automatically laugh at rainbow unicorns.

Heroki Review: A Mascot for a New Generation