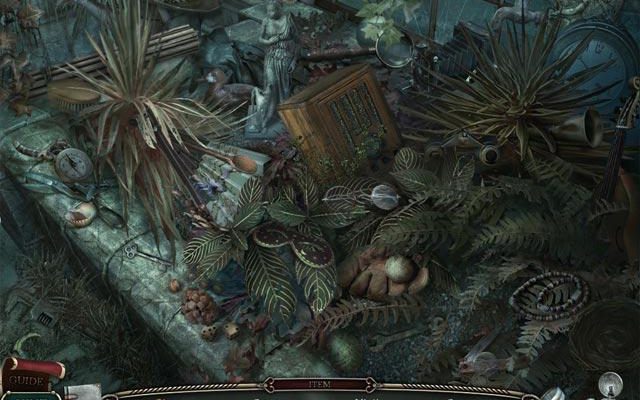 Shiver: Poltergeist is a spooky and enthralling addition to the hidden object genre

I gotta hand it to Artogon Games, makers of hidden object game, Shiver: Poltergeist. They did something few developers manage to do—surprise me. Although the game’s premise isn’t earth-shatteringly new (the hero suddenly inherits a big house from heretofore unknown relatives), it’s presented in a creative way that’ll keep you (as it did me) guessing. Furthermore, thanks to deft storytelling, cool characters and truly spooky visual effects, they did another thing few developers manage to do—scare me.

The hero of Shiver: Poltergeist is no one special, just an average guy with an average life. Like many of us, he’s terribly bored of the repetitive work/home/sleep/work routine, and wishes for something exciting to happen. Unlike most of us however, his wish is granted when a letter informs him he’s the last remaining heir to the home of the once-great Kangale family. Gleefully, he dumps the daily grind and heads off to take possession of a huge English manor house located on its own tiny island. His joy is cut short however, when he finds out that along with the house, he’s inherited a dangerous family secret—a secret that must be unraveled before it destroys him.

The first thing about the game that really caught my attention was its hero. He’s not a detective or a reporter or any of that typically-heroic ilk; he’s just a poor schmoe suffering a serious case of ennui. The next thing that sucked me in was the Kangale family butler. Artogon handles the rendering of this character (animated and photographic) and your interactions with him in a particularly interesting way, enabling you to choose what to say and/or ask him. Because of him, you get a real sense of what both the house and the family were like in their heyday, as well as the sense that for all their respectability, the Kangale family had a lot to hide.

In addition to cool characters, Shiver: Poltergeist captivates with its suspenseful approach to storytelling. It adopts many of the same strategies that other hidden object games do, (ghostly apparitions, journal pages and letters found scattered hither and yon) but also employs unexpected events that not only flesh out the story, but provide some startling interactive moments. These events make the game’s world feel more alive, despite its many lonely and abandoned locations. Visual effects do a lot to enhance things as well, and more than once I was surprised by sudden changes in vision or unlooked-for animations. Games in the genre would do well to employ more of these things, the better to convince us we’re part of a living, breathing world. 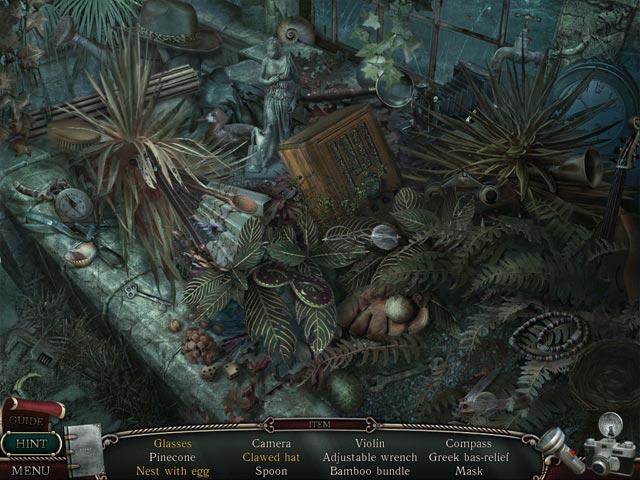 Building on great visuals and storytelling, the game also presents us with some interesting variations on hidden object play and item usage. Most of the time in games like these, we come across random piles of junk, as if every place we visit is owned by crazy hoarders. In Shiver: Poltergeist, hidden object scenes are often created by doing things like draining the water out of a tub, and this adds at least a weensy bit of believability. On top of that, many of the items you find can be examined in your inventory and “solved” like mini-puzzles. Artogon exhibits an unusually MacGyver-like approach to many of the item usage puzzles, allowing you to solve situations with items not expressly made for them. This provides a lot of interest by asking you to think a bit more “sideways” when faced with the game’s various dilemmas.

Shiver: Poltergeist exhibits few missteps, but a big one is that it presents what appears to be a main game mechanic and then doesn’t follow through with it. You’re given a camera and told you can use it to take photos of “the unseen.” The camera can be used at any time, and once or twice the photos do manage to show you the unseen; in the end however, nothing comes of them. They don’t affect gameplay one iota and it doesn’t matter if you take them or not. Since photographing the supernatural might have done much to deepen the gameplay, this unfulfilled promise is really a shame. Another, less serious fumble is the inclusion of random, meaningless sparkle effects. Within the genre, sparkles are generally used to indicate interactivity but here they’re everywhere you look, and the effect is both distracting and misleading. 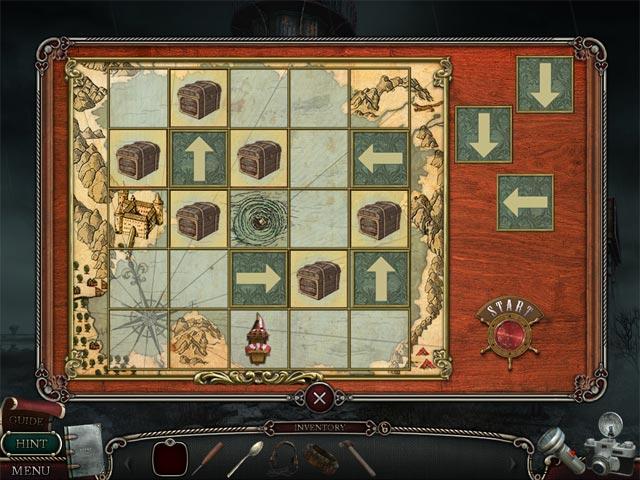 Despite these two issues, the latest in Artogon’s Shiver series remains a good investment. The main game takes a satisfyingly long time to complete (3-4 hours for expert hidden object players) and after that, an additional chapter unlocks. Other extras include the usual concept art (beautiful in this case), wallpapers, videos and a step-by-step walkthrough. All told, and especially compared to many recent releases, Shiver: Poltergeist is a quality hidden object adventure, offering impressive graphics, expert storytelling, and a good number of spooky surprises.