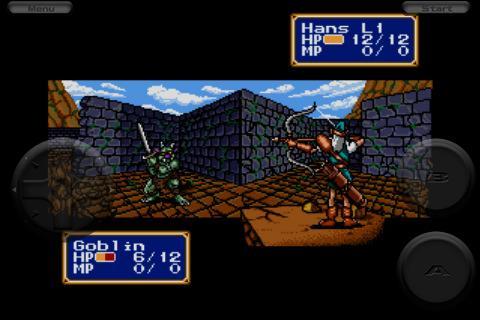 It may show its age, but Shining Force still shines.

Shining Force is considered by many to be one of the quintessential RPGs that helped establish the genre on consoles. The game originally appeared on the Sega Genesis back in 1993 and has been a fan favorite ever since. It’s been re-released on a number of different systems over the past couple of years, with the most recent version coming to the iPhone.

Sega’s been on a roll lately with its iPhone ports of popular Genesis games. For those of us who are members of the 16-Bit Generation, these re-releases are twice the fun because they’re not only great titles, but most of us have some fairly nostalgic memories about first playing them when we first grew up. Thankfully, Shining Force is even more enjoyable than before, since the translation work is far better than it was in the 1990s.

The story goes something like this: 1000 years ago, an evil force was banished from the land of Rune. Even though everyone in the kingdom was warned that there’d be a rematch on the millennial anniversary, they stopped caring. Or forgot about it. That part isn’t entirely clear. A silent protagonist named Max is sent out on a mission to prevent the forces of darkness from bringing worse things into the world. Along the way, Max recruits a number of allies into the Shining Force.

The rather basic storyline hasn’t really been improved since it first appeared during the game’s Genesis days. That said, it might be basic, but it’s not bad. What really makes Shining Force stand out amongst other RPGs is its rather challenging battle system.

Battles take place on grids that require a lot of strategy. Units can travel a certain distance determined by their Move ability, and they can perform one action per round. However, placing these party members in just the right spot is often crucial for victory (especially ranged characters whose health levels aren’t nearly as high as other teammates).

The battles are frequently tough, often unforgiving in their difficulty. As a result they tend to last quite some time when you get further into the game. Accordingly, it takes some time to get through the adventure (I’m currently about twenty hours in and have no end in sight). 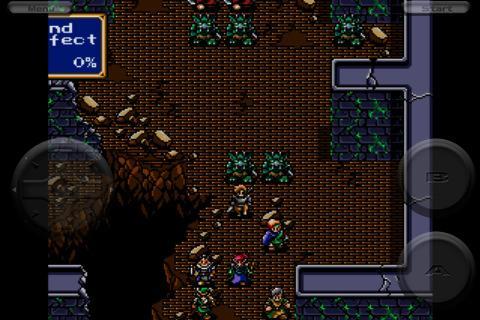 Shining Force on the iPhone is an incredibly faithful port of the original game. Controls are pretty basic, with a small directional pad used to control movement and two buttons handling actions. That said, they work flawlessly and happen to be very easy to learn.

On top of all this, the production values are pretty much the same that first appeared on consoles back in the 90s. The graphics are simple, with top-down maps to navigate and cartoony portraits popping up when you have to talk to someone. The visuals don’t look too amazing, but fans of the original game will undoubtedly get a thrill from seeing them in action. It’s the same story with the fantasy fare music: it’s there, it gets the job done, but it’s not going to wow anyone who wasn’t already a fan.

Shining Force is a great RPG for people who love the genre. While its old-school charm might not be for everyone, there is still a lot to love here. This is a deep, challenging (sometimes maddening), and ultimately rewarding game, but it’s probably not going to hold a lot of appeal for the more casual RPG gamer.