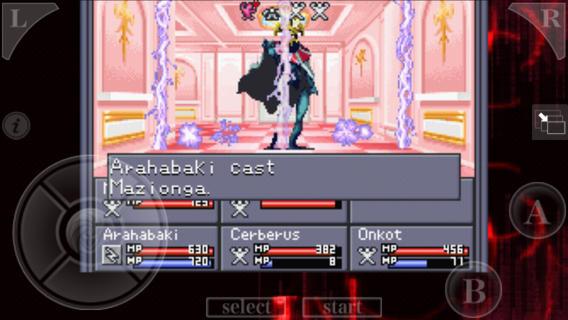 A piece of RPG history in English for the first time

Shin Megami Tensei, the game that launched a thousand spin-offs, has finally made the jump to English.

Most probably know the series for the Persona games, but the original launched on Super Famicom in 1992. This new version is a direct, barebones interpretation of that original game but features, for the first time ever, an official translation by Atlus.

This is a perfectly preserved, untouched classic; one that the average Westerner can now experience for the first time. For better or worse, buyers will experience Shin Megami Tensei exactly as it was over 20 years ago.

The story goes that just as demons invade Japan, our hero receives a “demon summoning program” that allows him to communicate and ally with said creatures. This allows our nameless teen hero and his friends to battle the invaders as they determine the future of the world. Will you side with law, chaos, or forsake both and create a world by humanity, for humanity. It’s the ongoing struggle that features in many Shin Megami Tensei games, but here it also affects who you’ll be fighting with and against.

Combat is viewed at a first-person perspective as you crawl through dungeons, battling baddies and mapping locations. As an alternative to combat you can communicate with demons to make allegiances, ask for items and gold and force them to retreat. The trade-off is that none of these actions defer experience, so if you’re a real silver-tongued devil yourself you will be underleveled for boss encounters later on.

It’s a mechanic that’s stuck with the Shin Megami Tensei games for decades at its most primordial. There’s no way to know what demons might want or respect besides through experimentation (or a walkthrough). The combat itself isn’t especially thrilling — it’s random battles and turn-based bashing — but the conversation system here, as in more recent entries, adds a unique risk/reward proposition that’s never been replicated by other developers. 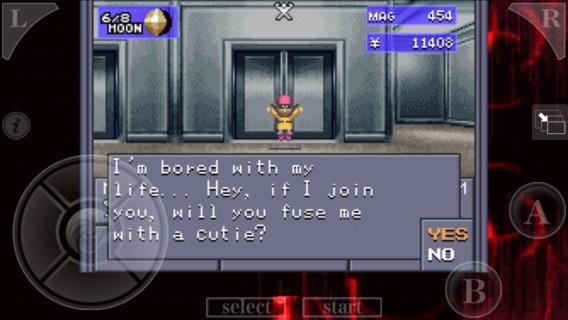 The fusion system makes one of its earliest appearances here, as well. By entering “the Cathedral of Shadows, where demons gather” you can transmute your warriors into newer, more powerful monsters. Again, this presents its own risks and rewards. You’re reducing your number of combat-ready creatures, but demons don’t level up like human characters do, and the only way to increase their power is through fusion.

The fusion system lacks the real depth of the later games’ interpretations, but it’s sort of shocking to see how little the core mechanic has changed in the last few decades. In fact, after experiencing the series’ progenitor for the first time, it’s clear how iterative the franchise has always been.

Last year’s Shin Megami Tensei IV was an amalgam of the best ideas from the main series’ many spin-offs: the encounter system from Persona, the conversations from earlier Devil Summoner games, and the terminal system from the mainline franchise. Shin Megami Tensei‘s English translation has given me a better appreciation for those improvements to what came before, instead of throwing everything out and starting from scratch every time like a certain fading, big-name JRPG franchise I could name. 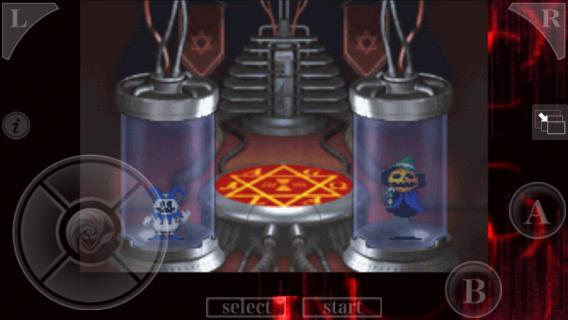 Seeing these old mechanics as they began can, at times, feel like a curiosity rather than actual fun. If you know what you’re getting into, however, nowhere near the iOS port’s worst failings.

Those are actually reserved for what hasn’t changed to better suit the platform. That is, the game uses virtual buttons to represent controllers of old, rather than allow for direct touch control of menus and your character. It works, but it’s clumsy. Worse (at least in my case) is that the game isn’t a universal app. If you want to play anything but an iPhone or iPod Touch, you’ll be doing so in the imperfect, scaled view.

These aren’t deal breakers by any stretch of the imagination. They’re just inconveniences that, for one reason or another, make the port feel less suited to the platform than it could — constantly reminding you that this is an old game, and one that wasn’t meant for touch-based devices.

The game’s presentation is what really makes working through those issues (and the unfortunate, inherent clumsiness of games from that era) worthwhile, however.

The pre-PlayStation 2 installments of Shin Megami Tensei were never technical powerhouses, and it shows in the port’s graphics. That said, the macabre, gothic creature designs and upsettingly stark music paint a unique picture. Demon design ranges from bizarre inversions of Christian mythology to bizarre inversions of Japanese mythology, all set in a modern (and, spoilers, an eventually post-apocalyptic) Japan.

The standout, however, is the story. 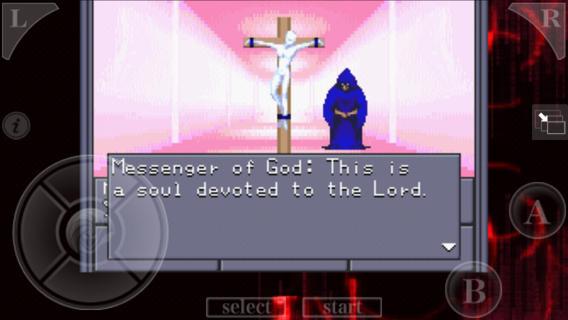 Prepare to be confused — not because the translation is bad, but because it does a fantastic job of conveying the feverish world of Shin Megami Tensei so well. This is a series about the repeated fall and rebirth of civilizations, and Norse and Eastern gods duking it out for control of mankind’s philosophy. This is where literally-named interpretations of God and Lucifer are villains attempting to remake the world. Things are bound to get heady.

Later games in the franchise deal with similar concepts less directly, but the mainline franchise is the best at presenting Shin Megami Tensei at its most depressing, and often emotionally confusing.