Home / Reviews / Sherlock Holmes and the Hound of the Baskervilles Review

Sherlock Holmes and the Hound of the Baskervilles Review 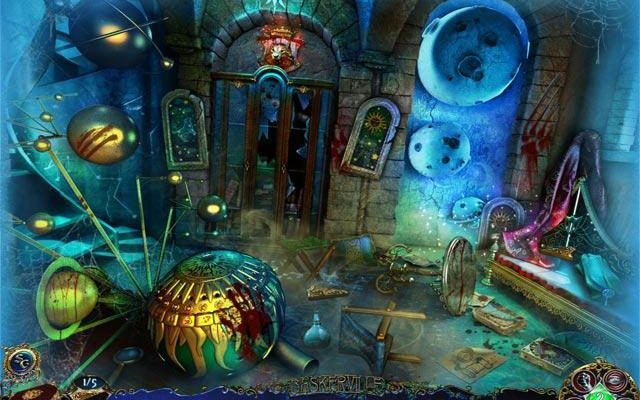 HOG has little to do with the classic Sherlock Holmes mystery, but is still a good (though bloody) romp.

The legendary Hound of the Baskervilles is on the rampage! But the inestimable detective Sherlock Holmes and his faithful friend Dr. Watson are on the case, solving puzzles and tracking down clues as they seek to end the century-old curse once and for all in a new hidden object game that’s a little heavy on the violent imagery but is nonetheless very, very good.

Fair warning to Sherlock Holmes aficionados: The connection between the game and the book is entirely skin deep. The two have virtually nothing in common beyond a title, a few characters, a big dog and a very, very bad man named Hugo. Otherwise, the original plot is out, replaced by a supernatural tale of a deal with the Devil, murder most foul and a real, live, enormous beast roaring up from the guts of Hell to devour anyone unfortunate enough to bear the Baskerville lineage. 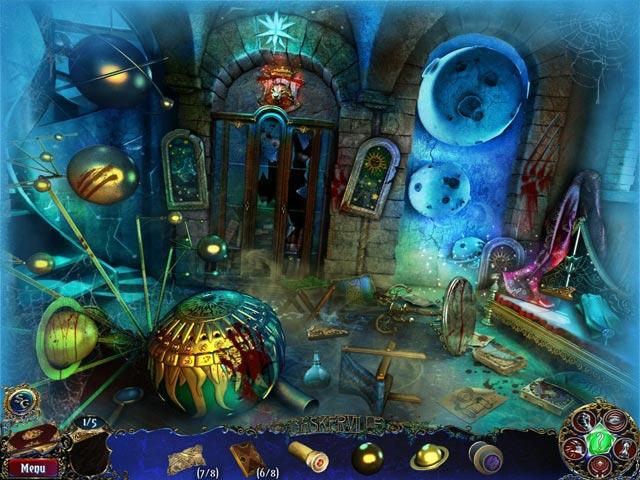 Hound of the Baskervilles can be played in two modes, Easy and Hard, with variations in help, hints and overall difficulty. Generous use of the “sparkle effect” to eliminate hotspot hunting is far and away the biggest advantage of Easy mode, yet I still blew over four hours working through the game at what I consider a relatively quick pace. As hidden object games go, this is a big one.

Hidden object searches are quite conventional and not particularly difficult, and there are a great many puzzles to solve, some old, some new and most easy enough to finish with a minimum of fuss and muss. The usual timer-based option to skip puzzles is available but I suspect that in this game it will be of more interest to people who simply loathe HOG puzzles than to those who find themselves honestly stuck. You’ll also have to collect pieces of various plot-related items for use as the game progresses, a process which should be familiar even to hidden object junior agents.

The game looks very good but the musical score is a bit on the thin side, decent but not overly diverse. Voice acting, on the other hand, is plentiful but weak; Sir Henry Baskerville, the last of the Baskerville line and the man whose life hangs in the balance, sounds like he’s reading out of the telephone book, while Holmes and Watson are by all appearances simply bored. Given the decidedly supernatural events they witness over the course of the game, not to mention Henry’s impending doom, you’d think the trio could work up a little bit of excitement or at least enthusiasm for what they’re doing.

Hound of the Baskervilles features a number of gameplay refinements that keep the action moving fast and furious. A message will inform you when a location is complete and nudge you toward exits that lead to rooms with tasks left undone, and when all the parts of an important item are collected the game will offer to take you straight to where it needs to be used. There’s also a great interactive map that indicates which locations are complete and which need attention, and lets you move directly from one location to another, a fantastic time-saver that takes out nearly all the frustration inherent in big, multi-room games. 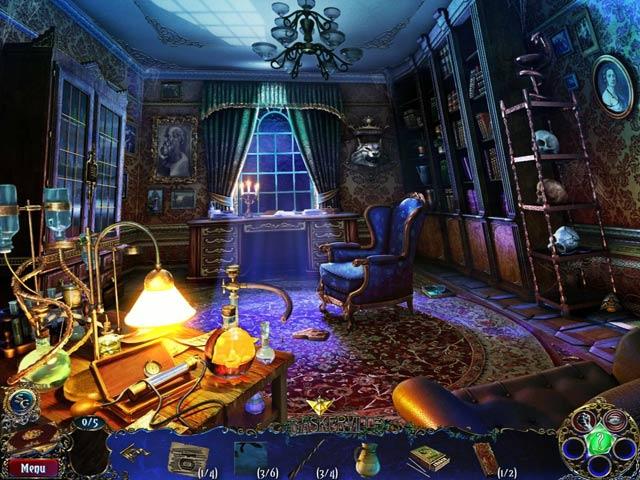 The game itself tends to settle into a fairly regular pattern once things get going: Solve a puzzle to enter a room, travel back to the scene of the crime, rescue a soul from the “curse of the Baskervilles” and then move on to the next. There’s a lot to do as you save the family from perdition and come ever closer to unraveling the mystery but after you’ve redeemed two or three long-dead Baskervilles, it starts to feel a bit routine. Even Watson betrays a bit of a “been there, done that” attitude at times.

The collector’s edition of the game includes the bonus “Book of Mysteries,” a series of 11 stand-alone puzzles tied to the Baskervilles which, once unlocked and completed, rewards you with a full copy of the classic “Hound of the Baskervilles” novel by Sir Arthur Conan Doyle. Wallpapers, in-game cinematics and a three-song soundtrack are also part of the collector’s edition package, as are all of the game’s puzzles and hidden object scenes, which fortunately randomize items on each replay. A wide range of Achievements reward skillful play and of course there’s the obligatory bonus level, which tacks on nearly an hour’s worth of extra gaming that finally reveals the shocking truth behind the Hound of the Baskervilles.

The game falls just a little bit short of greatness thanks to minor stumbles, like the disinterested voice acting and an over-reliance on old, recycled puzzles. There’s also absolutely no notebook or diary to keep track of events or provide deeper insight into the colorful history of the Baskerville family, a surprising and unfortunate oversight given that the game is based on the most famous case of one of the most popular fictional detectives of all time. On the other side of that coin, Sherlock Holmes purists may not be happy with the way the game steamrollers the original story in favor of a fairly typical hidden object-style tale of supernatural shenanigans.

Finally, this is most definitely not for the kids. As you might expect from a game about a series of horrific murders carried out by an infernal pit bull the size of an elephant, blood and broken furniture are plentiful, and one mid-game scene involving James Baskerville’s experiments may be a bit disturbing even for older players.

Nonetheless, Sherlock Holmes and the Hound of the Baskervilles is an exceptionally good hidden object game. It looks great, it plays easy and it’ll keep you going for hours on end. For fans of the genre who don’t mind a little blood on the moor, this is definitely not one to be missed.