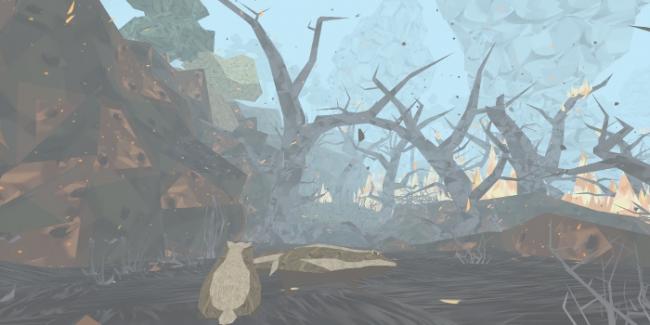 Play through the life of a badger, need we say more?

I don’t know a lot about badgers. I remember there was one in Wind in the Willows, and he was sort of wise and a bit grumpy, but otherwise I’ve had zero education on where badgers live, what they eat, and how they live their lives. I’d use Shelter as a learning aid, given that you play through the life of a badger – but the team behind it told me recently that they have no clue about badgers, and they just sort of made up the experience as they went along.

I’m not going to complain though, as Shelter is a lovely little game with so much heart and anguish involved. It’s not going to be for everyone, mind you, but either way you’d be hard-pushed to find a more stylish and gorgeous game release this year. You begin Shelter as a mother badger, snug and warm in your den with your baby badgers. Soon you must leave the den and head out into the wild to find food for the babies, lest they die of hunger. As you venture out, there are wide-open spaces to explore, and plenty of food to hunt down, such as vegetables, fruit, and other smaller animals.

The game’s initial focus is firmly fixated on bringing you closer to your children. The baby badgers follow behind, and will gobble up anything that you lay at their noses. What’s utterly wonderful is how they grow throughout the game – you begin with tiny babies who can’t fend for themselves, and eventually you are part of a pack as your children grow to the same size as the mother. They’ll even eventually start hunting on their own.

But it’s not all happy happy bouncy bouncy. The game gives you just enough time to really care about your babies before it lays on the pain, in the form of birds of prey looking for a meal; Adverse weather that causes floods and fires; Other animals looking for a quick snack. There are plenty of dangers out there, and you’ll no doubt lose a few of your children along the way.

It’s an awful feeling. Watching the daunting shadow of an eagle swoop down and grab one of your children in its claws is pretty terrifying, especially thanks to the sound effects that will chill you to the bone. From here on in, it’s all about survival and keeping your family together, while also making sure you always have food to give them. Soon you begin to realize that survival in the life of a badger is futile, and things rapidly go downhill. 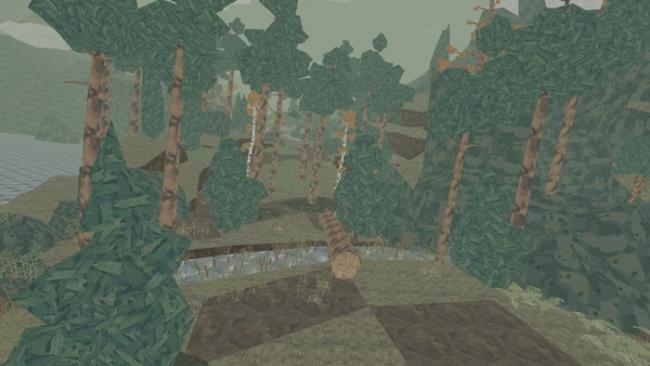 Shelter is one of the most stylish games you’ll play this year. The visuals themselves are a sight to behold: from the patchwork landscape to the rushing waves, to the wispy shadow of the birds above, everything has been given so much attention to detail. The soundtrack, too, is just immense, and matches the surroundings perfectly. The sound of the leaves rustling through the trees finishes off a perfect combo for your senses.

There’s plenty of variety in Shelter to keep the journey fresh. Without spoiling the story too much, the seasons change with each level, and bring new dangers your way. There’s always something new and scary to work your way around, and I found myself playing through the entire game in one sitting simply because I wanted to see what was next.

I do wish the ending of the game was more satisfying, though. When it was all over, it didn’t feel like much of a wrap-up for the experience as a whole, and it left a bit of a sour taste in my mouth. The game is also rather short – you can easily blast your way through it in around 90 minutes – so don’t expect an epic badger saga. 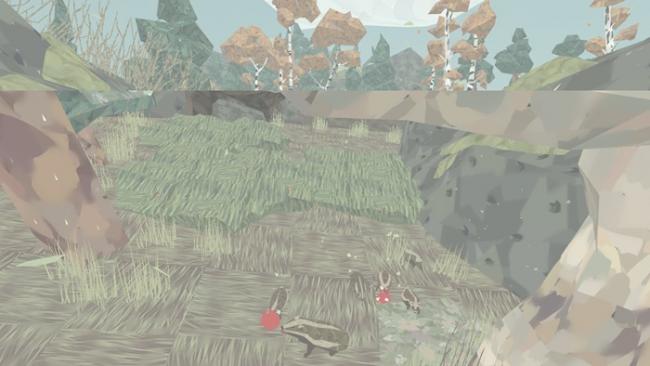 And Shelter isn’t going to be for everyone, either. It’s a very simple game, and while it spoke to me, it’s going to whoosh right over the top of some people’s heads. It’s just that sort of experience – you either take something away from it or you don’t, and those people who fall into the latter category may well feel very disappointed.

Shelter is charming, stylish as hell, and lets you play through the life of a badger. If that doesn’t sound like your cup of tea, then you perhaps need to change the brand that you drink.