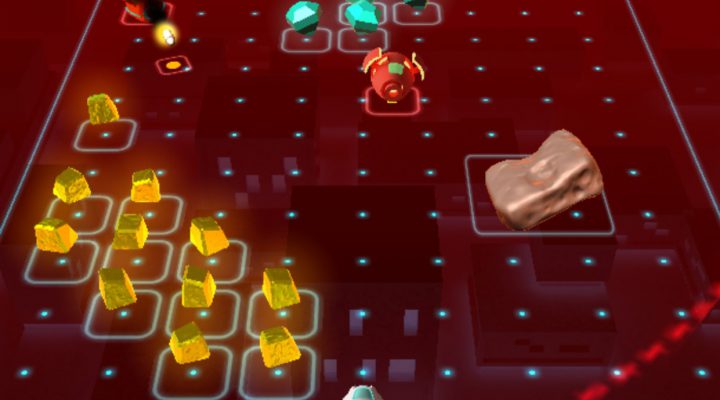 Really easy to pick up and play

Entertaining mix of genres and ideas

Not as action-packed as a shooter

What happens when you cross a card-battler with an arcade shooter, throw in a mix of turn-based and real-time strategy and stuff it full of puns about eggs? Well you end up with something like Shell Shocked, which has just landed on the App Store.

The game puts you in control of an eggy ship, and tasks you with getting across a series of grid-based levels. You’re not just going from A to B though, there are enemy ships to take out, loot to recover and plenty of other obstacles that you need to figure out how to get past.

You move and fire by playing cards, which are displayed along the bottom of the screen. You can play six at once, and when you tap the go button your ship will follow those commands to the letter. Sometimes that means you’re going to catch a bullet full-on in the face though.

Different weapons do different attacks, and the cards are dealt to you at random, meaning you might need a long-range blaster but only have an up-close shotgun at your disposal. Sometimes using just a couple of cards on your turn can actually help you out much more than chucking out your full complement.

Shell Shocked isn’t the best looking game in the world, and some people are going to be put off by the slightly shonky nature of its menus, but you shouldn’t let yourself be one of them. There’s a meaty hunk of game here that requires some serious thinking if you want to succeed.

The difficulty curve here is excellent, introducing new problems before you get overwhelmed by them, and keeping seasoned players interested with challenges that give them even more XP at the end of a level.

Shell Shocked is the sort of experimental, slightly bonkers game that mobile can do really well – pick it up and give it a try, we don’t imagine you’re going to be disappointed.

War Tortoise 2 Review: An Idle Shooter Worth Shelling Out For