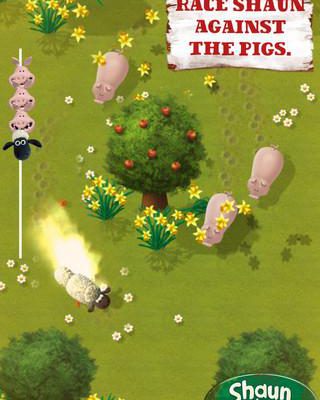 Just because it’s based on a kid’s show, don’t be sheepish …I promise I’ll never do that again.

When I heard I’d be reviewing Shaun the Sheep – Fleece Lightning, I was torn. On one hand, I thought, it’s an “advergame,” a hybrid genre home to gems like this. On the flipside, however, the brand it’s married to is that of a razor-sharp children’s show by the creators of Wallace & Gromit. Could this Chillingo-published title rise above dismal standards to provide – you know – fun? Spoiler alert: Heck yes.

Taking a break from the show’s iconic sheepdog rivalry, Fleece Lightning pits your wooly protagonist against the farm’s speedy pigs. Level by level, you’ll race through growingly complex obstacles that will have you asking “who exactly set this up, and why!?” All jokes aside though, developer Green Ant Games does the best thing possible for the game by leaving a contrived plot at the door, and selling the show through gameplay.

Gameplay which, by the way, rocks. Using one of three control schemes, you swerve, skid, dash, and jump from one set of gates to another. (Here, I highly recommend the versatile swipe over the clunky and unreliable arrows or tilt.) Because each micro-race lasts anywhere between five and 30 seconds, Fleece Lightning abandons rewards for time, instead giving you one “apple” point for each of the three pigs you can leave in the dust. It captures everything great about high-octane arcade racers like Need for Speed, wrapped in a hand-crafted claymation exterior as loveable as the day Aardman animations first made it popular.

The game’s densely packed tracks are easily its MVPs. In 80 bite-sized portions, Fleece Lightning serves up courses that frustrate oh-so-good with a mixture of obstacles that hone your skills, boosts that clinch victory, and seemingly unavoidable mishaps. Add to this pig physics that allow you to edge and be edged in and out of the lead, and the result is an experience that deftly walks the razor’s edge of luck and skill.

More often than not, I felt like I was just barely edging into a 3-star victory, with a real sense of tension and excitement the whole way through. The other side of the coin was that a loss almost never felt irredeemable, pushing the perfectionist in me try one more time – or five. 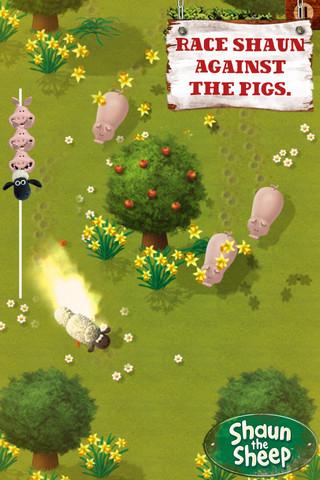 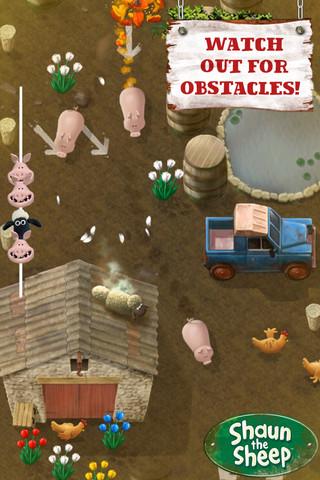 I say “almost never.” Perhaps one of the game’s biggest flaws takes hold in the back eight levels, which are nearly unnavigable messes packed with enemy racers set to hyper-speed. The ramp up in difficulty on all fronts feels sudden and jarring. I found myself struggling frustratedly just to earn the one apple necessary to move forward, and retrying in spite of any fun, not because of it. The high-score masochist I am, I stuck even these stages out until I’d perfected my runs, but casual gamers and Fleece Lightning‘s younger demographic might be inclined to quit without finishing.

Speaking of which, the game dooms itself to a little bit of a premature ending by delivering one of the best in-game level editors I’ve seen, and then doing absolutely nothing with it. Using pretty much everything you see while playing, Fleece Lightning lets you craft 16 custom races of your own, and… practice on them. No server to upload levels and play others’ creations. No features included to swap levels or gift them to friends. With so much potential, I’m really hoping features like that are coming in an update. Like, tomorrow.

That’s just it though. For the first time in maybe ever, I’m genuinely invested in a branded mobile game. By all rights, this is a highly playable mini-racer which just happens to have recognizable characters in it. Far from collecting dust alongside the App Store’s other promotional play things, Fleece Lightning deserves on a home on your device.