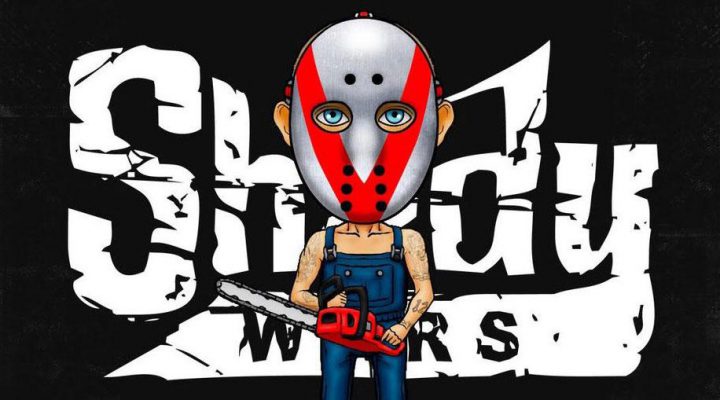 Awesome music (if you're an Eminem fan)

Music can get repetitive if you die quickly or often

Celebrity games are all the rage right now, with varying degrees of both success and “brand integration ”– meaning, how deeply involved the Star is with the gameplay. Our recent review of Shakira’s game Love Rocks showed that even if the celebrity in question is mere product placement, the game can still be enjoyable. Unlike Love Rocks however, Eminem’s presence pervades Shady Wars, making it a real treat for any fan. His irreverent personae, aggressive style, and award-winning music are all part of the experience.

Shady Wars from Eminem may not be a unique game with fresh new gameplay — but frankly, I don’t care, because the game is actually fun. I would play this exact game, appropriately reskinned, for any musician that I was a fan of.

Shady Wars is an arcade game where you must catch falling song lyrics as they are sung. The lyrics are made up of both words and images, in the style of a rebus. The mechanics are common: swipe side-to-side to move your character along rails, avoiding incoming attacks from drones and gathering coins as you go. Use the coins you earn to restart from a checkpoint, unlock songs you want to hear, unlock powerups, or unlock characters you want to play with.

Success in the game requires knowledge of Eminem’s song lyrics, twitch skill, and luck of the drop. Rest assured that even if you don’t know all of the words to the song, you’ll pick up on the lyrics after a few runthroughs; think of it like an endless runner where you learn the environment over time. Difficult drop patterns — such as lyrics alternating between far sides of the screen — will make a level very challenging. However, if you get a great series of drops where the lyrics fall progressively across the screen, you’ll be able to advance more easily. Each drop pattern is random, so restarting a level may improve your odds. Gratefully, there’s no penalty for replaying a level from the beginning, nor are there any wait times or energy gating. 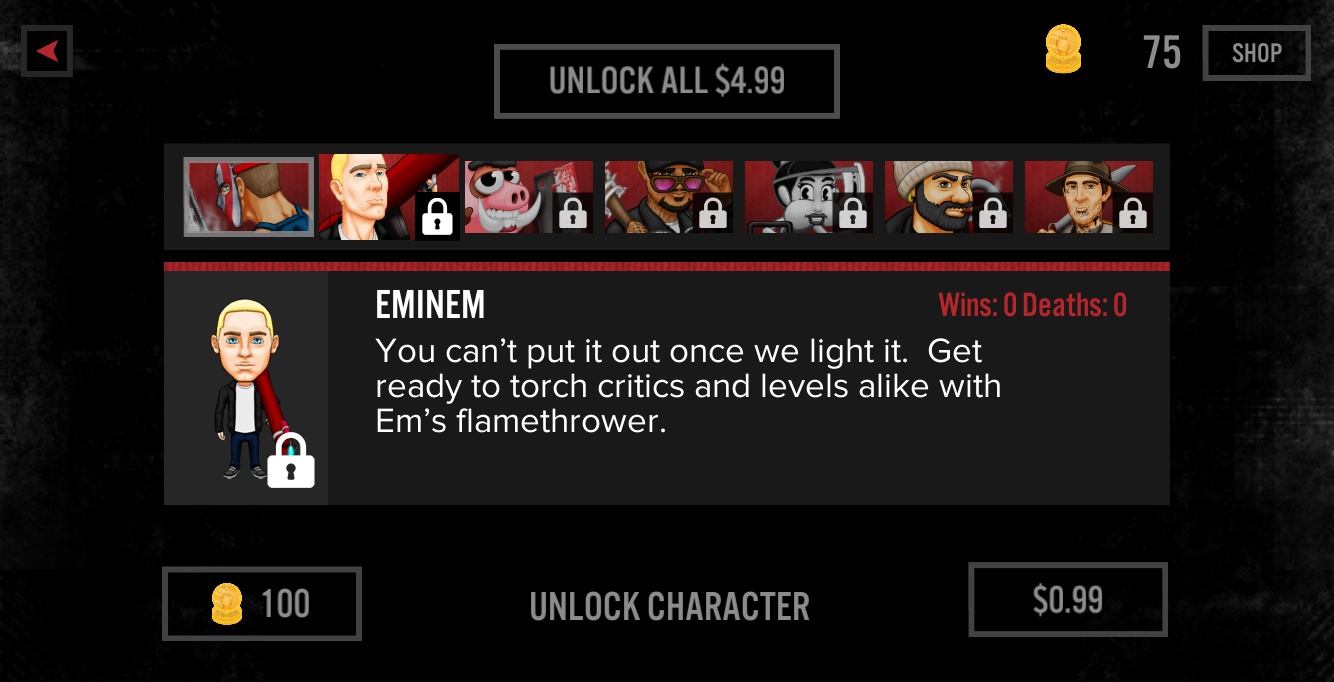 As a twitch game reliant on reaction times and sustained, progressive success, it does get really intense. I actually felt my anxiety level increasing (in the good way) as I played and I’ll confess to being engrossed enough to swear at the screen a few times. But, since I chose the “explicit lyrics” option, my own vocal contributions to the game weren’t at all out of place.

As a warning, there was a frustrating bug or UI mislabel which could cause some problems. To get through a level, you need to pass three checkpoints within a song; these checkpoints illuminate as you progress. After passing through two checkpoints and then dying, I used coins to start back at my last checkpoint. When I revived, the game had bumped me back to the first checkpoint instead of the second! I tried this several times after passing the second checkpoint and was always sent back to the first. Not only a fruitless hard currency sink, this bug is also pretty discouraging for continuing to play. 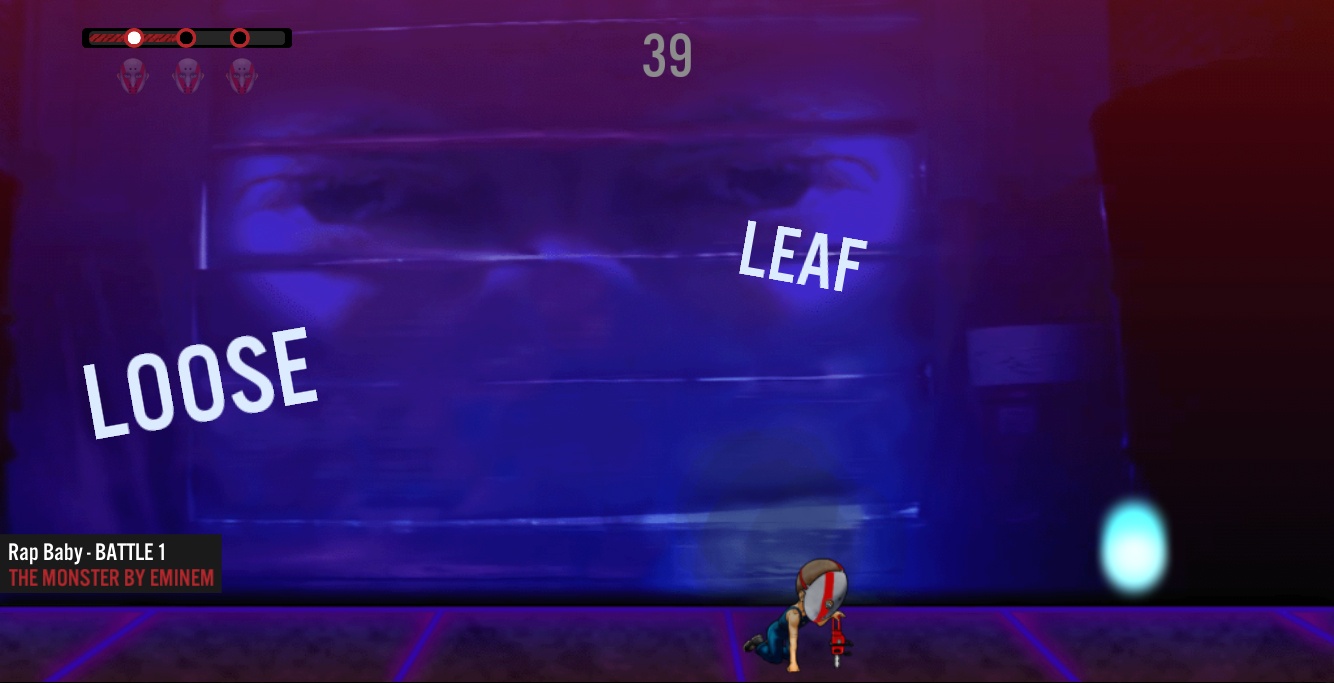 If you don’t want to listen to Eminem’s music on repeat, you’re not going to enjoy this game. I promise you’ll be hearing the same song a lot during the “cheap death” phase of the learning curve. However, if you’re a big fan, or even just enjoy Eminem’s music, this is worth the download. A good game is more than just millions of customizable whoozits and AAA graphics with a big-budget name wrapped around it. Sometimes a good game is just giving a fan a fun way to interact with what they like about you — and in this case, it’s the music.  Shady Wars proves that gameplay can be simple and familiar, while still providing a fun, immersive fan experience with more authentic substance than just background music or a celebrity’s smiling cartoon avatar.