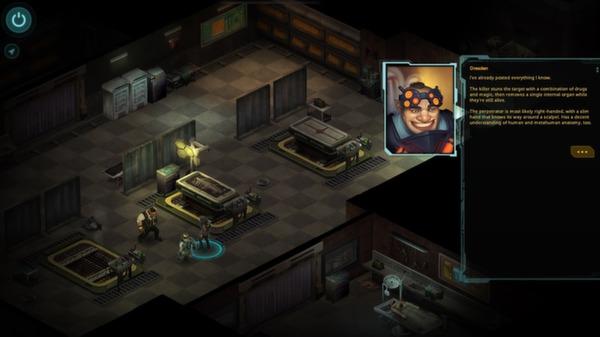 And what a return it is

There’s been a fair amount of negative press around Kickstarter and the art of crowdfunding a game recently. We’ve seen games successfully funded via Kickstarter that have then gone on to receive massive delays; we’ve seen developers say “we’re doing this so that we don’t need a publisher!” who have then gone on to immediately use a publisher; we’ve seen games released with only a small portion of the features that the Kickstarter promised originally; and we’ve even seen a very small number cancelled outright.

You’ll forgive me, then, when I admit that I went into Shadowrun Returns, a game that was funded via Kickstarter last year, with my dubious hat on. But I was completely wrong to do so – Shadowrun Returns is a fantastic turn-based strategy game, with a gloriously winding storyline and setting, and engaging gameplay that I couldn’t pull myself away from.

You play as a shadowrunner in the future, who is completely broke and barely managing to scrape by. You receive a call from an old friend, who it turns out has been murdered – his phone has sent you a final will and testament to track down whoever killed him and make them suffer. If you successfully do this, your deceased friend’s fortune will become yours.

Your journey is told from an isometric perspective, through which you wander around environments looking for people to talk to and surroundings to interact with. As you wander around, you’ll occasionally bump into people who don’t like the look of you, or are standing in your way, and the action will morph into a turn-based strategy setting on the fly. It’s great to see this in motion, and really helps to emphasize the scope of the world around you.

The battling is very similar to many other cover-based strategy games of recent times, including the wonderful XCOM: Enemy Unknown. You take it in turns to move your team around, slipping them into cover and then firing on the enemy. Each of your characters, and each of the enemy AI, gets two moves each, and these can be utilized to move, reload, shoot, and patch themselves up, among other actions. 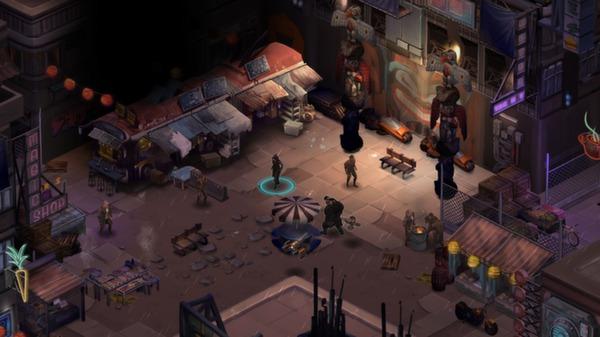 There’s a ton to see and do in Shadowrun Returns. Although the game is very linear, and you’re forced down a single storyline rather than being allowed to roam free, there’s still plenty to see and come to grips with. You earn “karma” points as you play, and these can be used to upload a ridiculous number of player options. It feels overwhelming at first, but as you slowly but surely come to understand what each stat point does, it’s fun to shape your character into the sort of shadowrunner you want them to be.

Shadowrun Returns is oozing with life as well. The cyberpunk setting and environments are rather gorgeous, and there are also plenty of inhabitants of the future milling about the place, throwing speech bubbles into the air to let you know little tidbits of their life stories. The story in particular is surprisingly solid – I’m not really the sort of player who likes to read through reams and reams of text, but it’s actually a well thought out tale, and there’s plenty of interaction involved such that you really feel a part of it.

Most of the niggles that Shadowrun Returns throws out are technical, and perhaps a result of wanting to satisfy Kickstarter backers by getting the game out more quickly rather than sitting back and filling in some of the blanks. The character animations, for example, can be quite basic at times, while it’s rather irritating that you can’t pan the camera around as per most 3D strategy games of recent times (although the lovely hand-painted environments more than make up for that.) 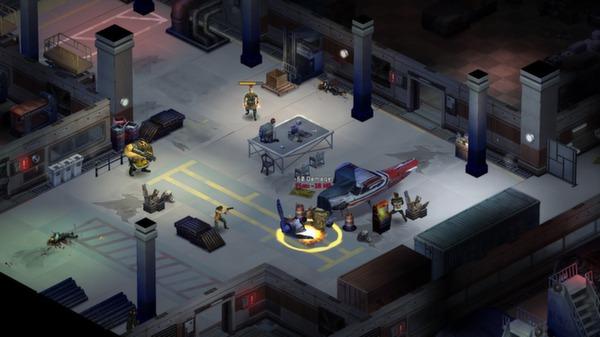 And I would have loved voice acting for the game too. As I mentioned previously, I didn’t mind reading through the epic saga that Shadowrun Returns offers, but I would have much preferred it if there was an option to hear the characters converse with each other. But quite honestly, I was having way too much fun with the game to truly care about these minor issues. Shadowrun Returns is an absolute blast, and is built in such a way that newcomers to the genre will be able to jump straight in and enjoy themselves, while veterans to the turn-based strategy approach will find enough depth in the karma system to spur them onwards.

Shadowrun Returns is a wild success then, and it can only get better, thanks to a campaign editor that comes with the game. Give it a few months, and there will no doubt be dozens of new stories and environments to get to grips with, all for free. If you have even the slightest interest in turn-based strategy games, you need to get this downloaded ASAP.