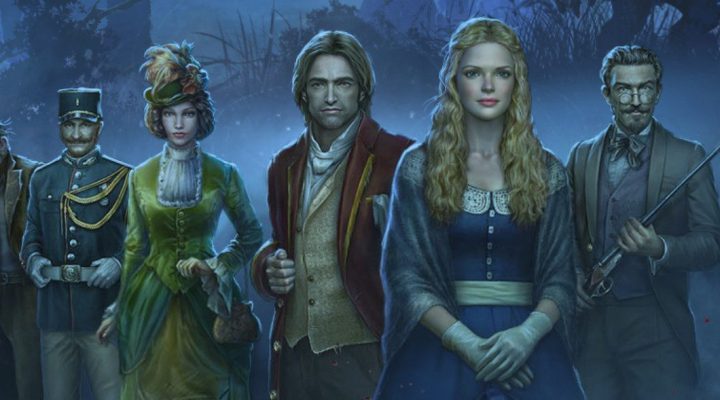 The setting is a bit cliche.

As the 19th century comes to a close, a small town in France is having a bit of a problem. A wolf problem. Wait, scratch that, a werewolf problem, which is about a thousand times worse. Neighbors are suspicious of neighbors and people are disappearing at an alarming rate, turning this once peaceful village into a nightmare of paranoia. You’ve been summoned to use your impressive detective powers to get to the root of this werewolf problem once and for all. No pressure!

Shadow Wolf Mysteries: Under the Crimson Moon is a hidden object adventure filled with creepy scenes and more than its fair share of jump scares. Don’t worry, you’re perfectly safe walking around the foggy night of a small town infested with werewolves. Sift through scenes to find objects of interest, packing your inventory full so you can remove obstacles in your way. Shadow Wolf Mysteries is more about finding what you need rather than figuring out how to use what you’ve got, meaning you’ll do more exploring that trial and error puzzle solving. 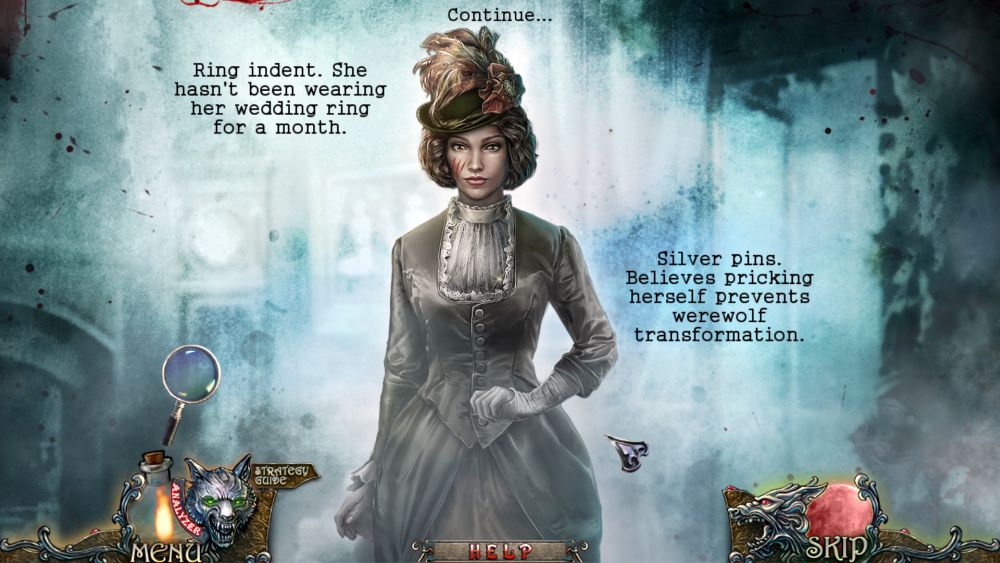 Hidden object scenes come along frequently to shake things up. Most are standard item hunts like you’d expect from the genre, but some take a step back to provide an interesting level of challenge. For example, an early hidden object scene asks you to find a number of “werewolf related items” among the clutter. This kind of setup is just asking for confused and frustrated players wondering whether a pocket watch is “werewolf related” or not, but Shadow Wolf Mysteries gets it right. And besides, if you’re too annoyed with actual objects to complete the scene, you can always toggle over to a tile matching puzzle game and complete that instead.

Under the Crimson Moon doubles down on its detective theme. Most hidden object games are content to say the protagonist is a detective and leave it at that, but Shadow Wolf Mysteries actually gives you detective work to do. When meeting new people you’ll enter a unique analysis mode where you comb over their appearance with a magnifying glass. Take this opportunity to look for anything out of place, it might give you some clues as to the person’s role in the story. You’ll also need to utilize deductive reasoning to figure out what certain items do. An in-game machine asks you a series of questions before giving a definitive answer about the object you just picked up. Is it liquid? Is it non-toxic? Bam, must be olive oil! 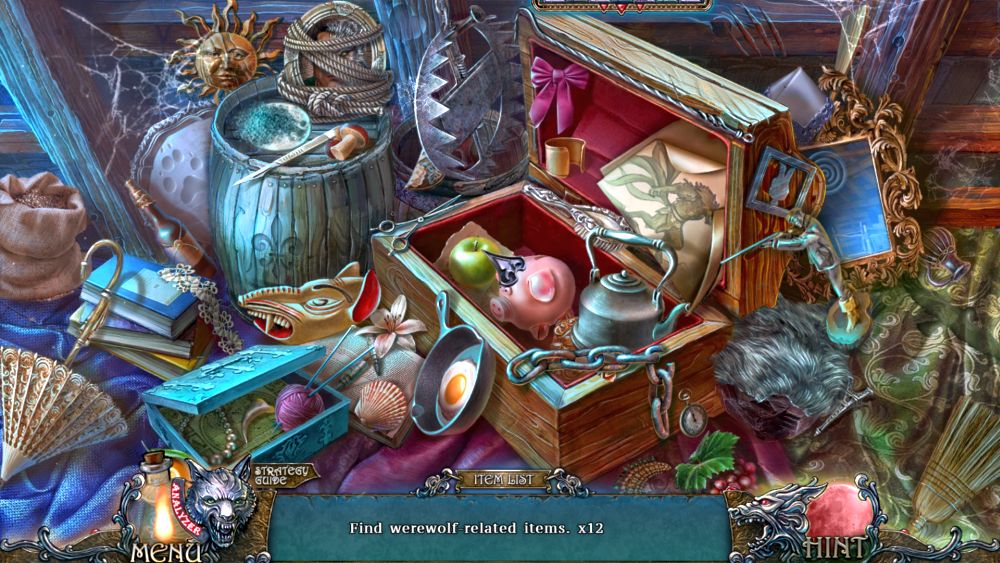 Shadow Wolf Mysteries: Under the Crimson Moon is as easy to pick up as any hidden object adventure game. As soon as you start playing you’ll know how to work your way through the screens and solve the variety of mini-games thrown in your path. The way Crimson Moon handles its puzzles makes it a cut above the rest, and the fun detective mini-games seal the deal. If you need a little variety with your hidden object adventures, look no further than Shadow Wolf Mysteries.