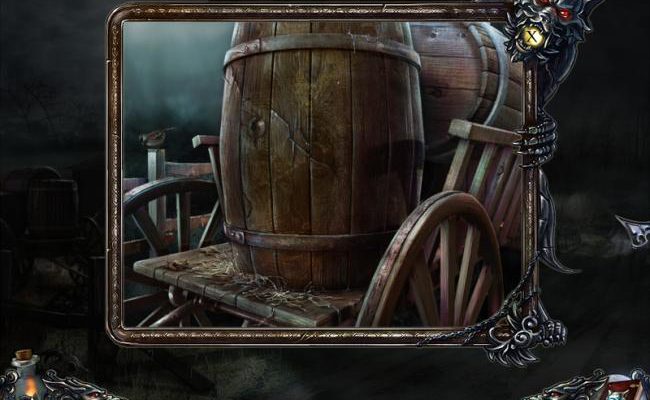 Can you solve a series of gruesome murders before the culprit can get away for good?

A series of gruesome murders has swept through a quaint, safe village. Citizens hide indoors, fearful for the lives of their children, as a wolf spotting leads to rumors of a werewolf out for blood. In Shadow Wolf Mysteries: Curse of the Full Moon, you are a detective brought into investigate these murders, but what you find therein reaffirms the cliché of never judging a book by its cover.

Shadow Wolf Mysteries is, first and foremost, a hidden object adventure game, with some challenging puzzles thrown into the mix. The game is rather lengthy for the genre, clocking in at around 3-4 hours (depending on your use of hints during HO scenes), and will find you traveling in and around a mostly deserted village, as you come across victim after victim and attempt to piece together clues to determine whether or not the werewolf rumor is true, and if not, who is really responsible for the crimes. 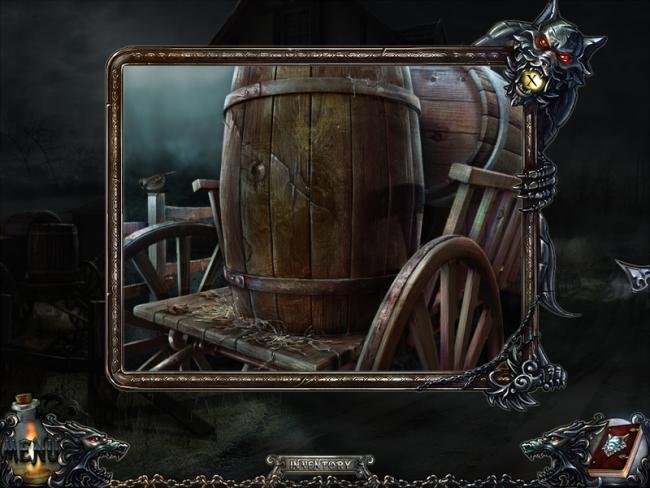 There are very few characters in the game’s story, making each one all the more important. Full voice acting accompanies the subtitles, and while most are adequate, there is one particular voice actor that spoils the entire bunch – a female voice that sounds as though she is reading her lines for the very first time, after just learning how to read. It’s a laughable inclusion that ruins the otherwise moody, dreary feeling of the game, but only when she’s on-screen.

As for the gameplay itself, it’s your standard hidden object faire, but it performs well. You’ll travel from location to location completing hidden object scenes, which become much more frequent in the second half of the game, but never quite reach the point of being burdensome. You’ll search most of these scenes more than once, and while the images remain mostly the same (you may need to click on drawers or bags to open them, etc.), the items on the list do change. After each scene, you’ll receive an item that can be used elsewhere in the game. Shadow Wolf Mysteries challenges your reasoning and logic, as you’ll need to use items in sometimes unorthodox ways in order to accomplish tasks.

Along your journey, you’ll activate additional pages in your journal, which gives you hints as to where you need to travel next, but there is a very nice stretch during the middle portion of the game where a flow is achieved. You’ll receive one item at a time, and you’ll know exactly where that item needs to go, quickening your progress and adding to the enjoyment you can have with the game. It’s only at the end of the title when the extra backtracking might become a bit annoying, but by then, you’ll likely want to continue on to see how the story ends. 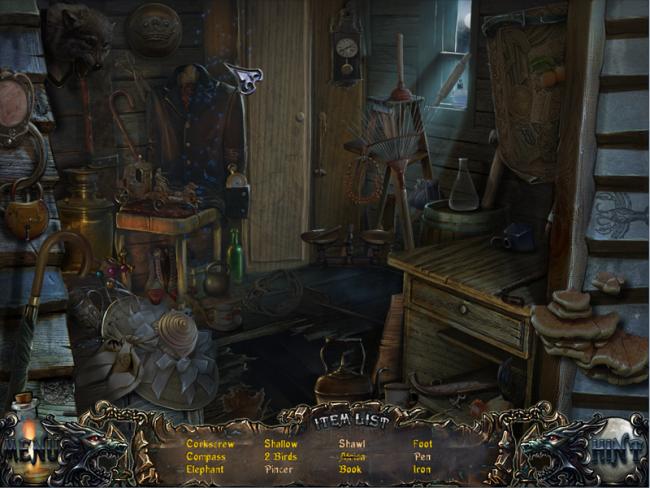 In addition to the hidden object scenes, you’ll come across a few standard puzzles (tile sliding or tile swapping puzzles), but will also find a few that are a bit more unique, like one that has you dragging a series of pegs around the screen as you try to line up each color-group of pegs on its like-colored track. These puzzles are mostly lengthy affairs, not due to the fact that they are overwhelmingly challenging, but more so because there is simply a lot to do to solve most of them.

Technically speaking, Shadow Wolf Mysteries has lovely graphics, and the characters’ voices mostly match the movements of their lips, which is a rare thing. There is an odd inclusion of breathing animations on the otherwise static characters, which is an interesting choice, and some of the hidden object items are a bit too hard to find, due to the fact that there might be multiple brushes (as an example), or even kinds of brushes (paint brush, a woman’s hair brush, animal grooming brushes) in a single scene, and all you’re told to find is “Brush.” Still, with the hint system, you’ll never truly be stuck.

All told, Shadow Wolf Mysteries: Curse of the Full Moon is another example of ERS Game Studios’ knowledge of hidden object games and what makes them work. The game isn’t perfect, but is enjoyable where it counts, and offers enough gameplay to satisfy most any fan of the genre.