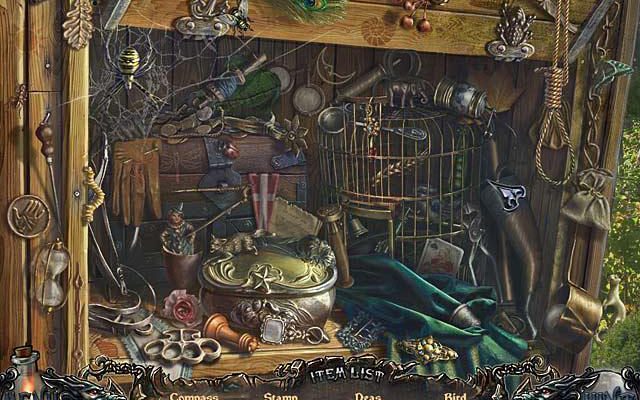 Help stop the curse of the werewolf before an entire family is doomed.

In Shadow Wolf Mysteries: Bane of the Family, we have a follow-up to Curse of the Full Moon that sees you resuming your roll as detective as you work to stop the curse of the werewolf once and for all. You’ve been summoned by a desperate woman whose adopted daughter carries the blood of the werewolf, passed down by Count de la Fer. The Count has been attacked while trying to work on a cure, so you’ll have to take over his research in order to save the young girl, the Count, and everyone in between.

Like Curse of the Full Moon, Bane of the Family focuses mainly on hidden object scenes, but the gameplay here is even simpler than that of the first game. You’ll repeat scenes frequently, with the scenes containing massive junk piles of random items. The items you find each time within a scene stay gone when you come back, and item locations remain mostly constant, making each subsequent trip into a scene easier than the first. Still, the graphics here are lackluster at best, with a hazy or blurry effect over everything that can make it especially difficult to pick out small items or details in dark corners of scenes. 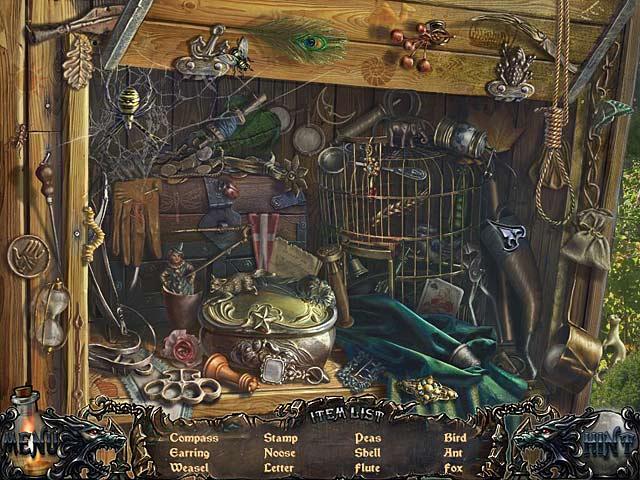 As you pull key items away from these scenes, you won’t have to hold onto many of them for long, as there are only one or two hotspots in each environment, and you’ll quickly exhaust them all just minutes after discovering them. While you’ll spend some time backtracking through environments, the gameplay is a mostly step-by-step, linear process, with only some (at times) moderately difficult puzzles to break it up. These puzzles can be anything from tile sliding or rotation puzzles to those that test your memory or even rely on a bit of luck.

While the gameplay here is straightforward and includes cutscenes with voice acting (along with journal entries that help flesh out the storyline or introduce other characters), there are some technical issues (aside from the hazy or sometimes blurry graphics) that bring the experience down. For instance, there are some click-recognition issues in hidden object scenes that force you to click on the same item three or four times before the game registers that you’ve done so.

Furthermore, while the voice acting is appreciated, the character animations are mostly over-the-top (constantly moving eyebrows or odd shifts in appendages, as examples) and the facial / lip animations rarely match the spoken dialog. In fact, you can sometimes reach the end of a cutscene to see all animation stop but the dialog still playing. Are these deal-breakers? Not really, but they’re disappointing oversights that I wouldn’t expect from ERS Game Studios, especially when the first Shadow Wolf Mysteries game worked so well in these areas. 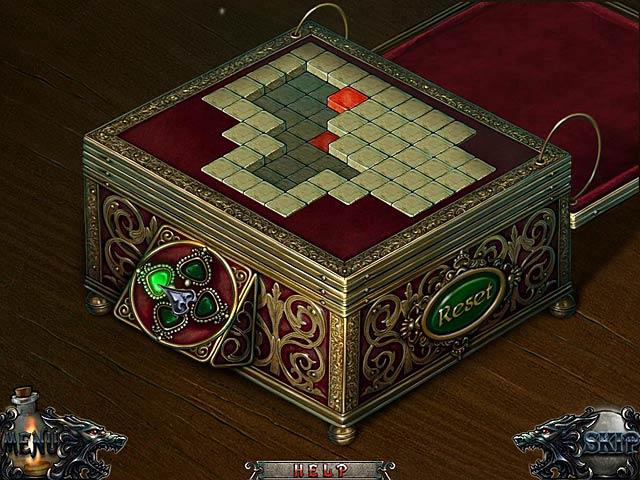 For the game’s technical issues, the mood set by the story (with the constant threat of a wolf’s family that tracks your every move) is a nice one. There are some cheap scares at points, but the game doesn’t overly rely on them. You’ll even step out into the sunlight at points, which is a nice break from the dark corridors we so often see in these kinds of games (even though they do exist here as well). When compared to its predecessor, Bane of the Family is a step backwards in terms of polish and gameplay difficulty, but with the promise of further installments looming overhead, hopefully ERS will bring the series back to top form once again.