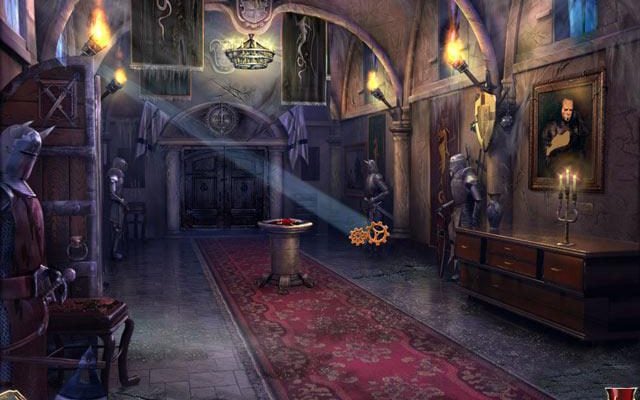 Stop a demon and save your sister before she is lost forever.

Shades of Death: Royal Blood follows the story of a young woman who has been summoned to her family’s castle after her father’s death. Upon your arrival, you find things have gone from bad to worse as your sister is also deceased. A conspiracy might be to blame for these tragedies, but not all hope is lost. In Shades of Death: Royal Blood, you’ll travel between the worlds of the living and the dead to save your sister’s soul and stop the evil responsible once and for all.

Shades of Death is, as you’d likely expect, a dark and gloomy hidden object puzzle game set in three major locations: your family’s castle, an abandoned village, and a cursed island. Each of these three locations receives its own chapter, which is filled with a nice balance of hidden object scenes and puzzles to complete.

While the game is mostly linear, meaning that you’ll need to complete one step before moving onto the next, even if you know what needs to be done elsewhere, there is an odd lack of on-screen prompts telling you what to do next. As some of the items are a bit cryptic in nature and function, this can make the going a bit tough in spots as you’ll need to use your own deductive reasoning (or mass clicks of the hint button) to figure out your next step. 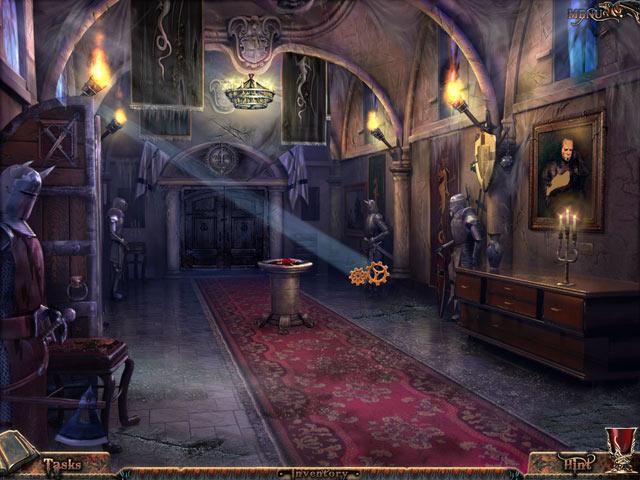 As for the hidden objects scenes themselves, they fit in with the dark theme of the game, and in a few minor cases this is actually a bad thing, as most items come in the same few shades of brown or gray and are difficult to locate. Again, these instances are few and far between, all things considered, and do little to detract from the flow that can be found when reaching later sections in the game.

You’ll come across plenty of puzzles as you make your way through Shades of Death, with these puzzles coming in a few standard varieties like tile sliding or rotation puzzles, or even ones that require a bit of trial and error, like lock-picking a chest or playing a piano. It’s the accessing of these puzzles that makes of the majority of your gameplay, as each puzzle will be missing a piece necessary to solve it, which you’ll find elsewhere.

With two completely different realms to explore – the land of the living and the land of the dead; accessible through broken mirrors that you’ll need to repair – the game takes on two different presentations in terms of the graphics. While most areas in the living world are disheveled, abandoned and filled with dusty cobwebs or broken items, the world of the dead is mostly peaceful, orderly and a bit brighter, with the occasional white spirit floating into the scene. 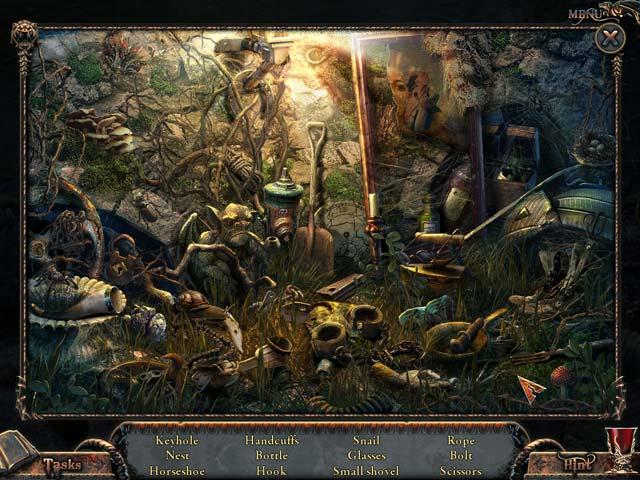 While a few cliches do pop into the story (murmurs of a vampire outbreak occur in the second chapter), the overall tale is very complex, as you’ll be able to read the many newspaper articles, notes, and journal entries that are randomly scattered about each location. There are cutscenes to view as well, which add more to the overall polish of the game, and bring the entire experience to something that can last over three hours, depending on your usage of the hint button, or if you were playing on the harder difficulty, during which hidden object scenes don’t “sparkle” to draw your attention.

All told, Shades of Death: Royal Blood has a few issues that stop the game from being perfect, but the story is such that you’ll likely look past these flaws and keep pressing on. This one is a lengthy, overall enjoyable experience that deserves a recommendation.