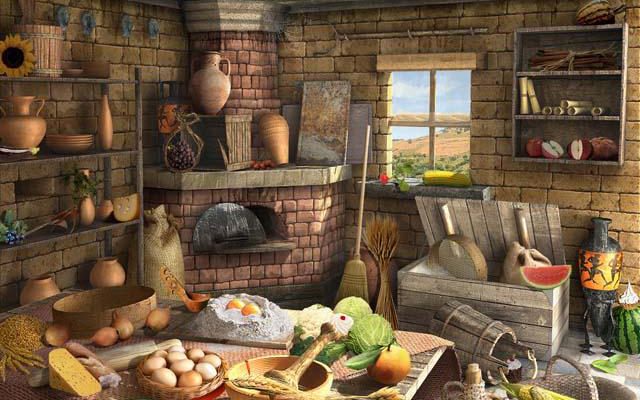 Settlement: Colossus takes the hidden object genre and fuses it with a strategy game to create something wholly unique in the space. Instead of finding random objects, your tasked with collecting resources that are necessary for survival, which makes the whole experience much more engaging. Unfortunately, it also adds a layer of unnecessary repetition that will cause some frustration in an otherwise excellent game.

The game has you taking control of a newly settled group of people as you attempt to help a fledgling society develop and advance. This is done by collecting resources, building, and researching. The resources are key to doing just about anything in the game, from making tools and building a fire to simply keeping your people fed. Things start off simply enough, as you’ll be collecting berries and sticks to keep your people alive, but the game quickly gets more complex. Eventually you’ll be investing your time and resources into building schools, farms, and, of course, religious temples. 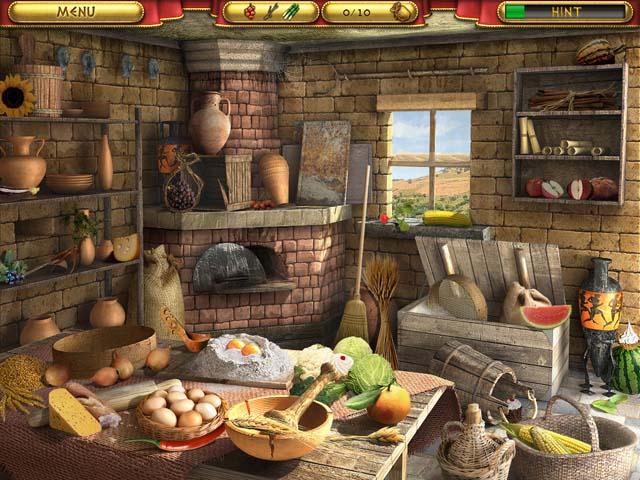 Your people advance quite a bit over the course of the game, and it’s very satisfying to see your settlement grow; it’s just too bad that the whole scenario is tied together with a bland, uninteresting story. In between each of the game’s chapters you’ll presented with a quick cutscene, which details the history of the people and how they came to be homeless in the first place. It’s predictable and generic, and worse still is told through some very ugly cut-scenes that don’t mesh at all with the art direction of the rest of the game.

But thankfully the story is easy to ignore. You can simply skip the cutscenes and focus on what’s most important: stocking up on resources and developing your burgeoning community. Settlement: Colossus is divided up into several chapters, each of which features a number of objectives. Some of them you have to complete, like building a school or a harbor, while others are optional. And doing all of this requires resources. As you progress, you’re given more and more options for what you can collect, which in turn gives you more options for what you can build. Soon enough you’ll go from foraging for sticks and berries to collecting bricks for houses and grapes for wine.

The game gives you little freedom when it comes to how you develop your settlement. Each objective requires specific resources and often can’t be completed until you’ve already finished several other objectives. And since both collecting resources and completing objectives uses up resources, you’ll constantly be forced to go back and replenish your supplies. This leads to a lot of repetition, as you’ll frequently visit the same areas over and over again in order to stock up on firewood or to mine for ore. There is the odd mini-game to help break up the action, but they are presented too infrequently to be very effective. 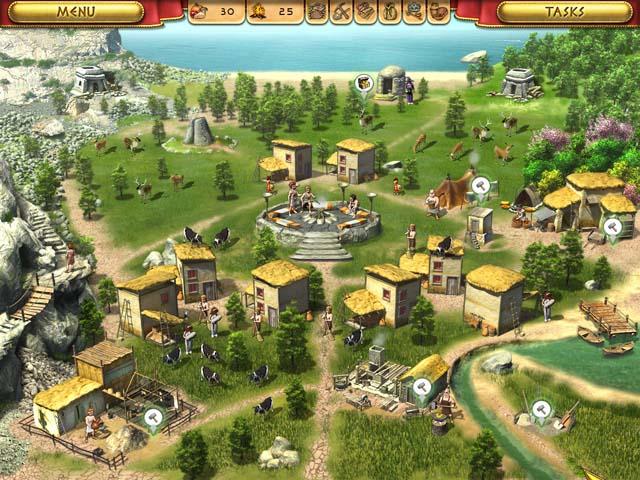 Since you’re going to be spending a lot of time staring at the forests and caves surrounding your settlement, it’s a good thing they look so good. As opposed to the frankly ugly cutscenes, the hidden object areas are absolutely stunning. The level of detail is incredible, and small touches like buzzing insects and falling rain really help make the different areas in the game feel alive. And, though for the most part they’re not all that difficult to find, the actual objects you’ll find blend in quite well with their surroundings, so they don’t look out of place at all. With the exception of those pesky lumps of clay, which blend a little too well.

In an interesting twist, Settlement: Colossus also supports Facebook Connect, allowing you to share information about the game with all of your social network friends. You can upload screenshots of your settlement, update your status, or simply let everyone know when you complete a chapter or earn a trophy. It’s a neat little addition and great way to spread the word about the game if you’re so inclined. It’s also optional, so you’re not forced to connect if you don’t want to.

But while the end result of Settlement: Colossus isn’t quite as interesting as the core idea it presents, the game is still solid and enjoyable. The gameplay, while a bit on the repetitive side, is unique and refreshing and the visuals are absolutely wonderful. The game also provides a very lengthy adventure that is sure to keep would-be settlers busy for quite some time.