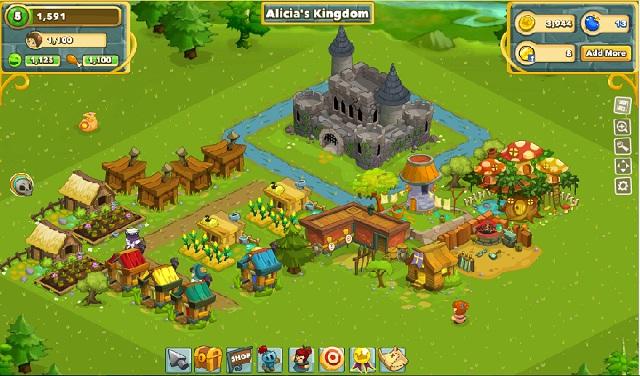 Meteor Games’s new and improved Serf Wars is an almost completely different (and much better) game than the original.

Meteor Games’ Serf Wars “updated” recently. For most games, an update means adding in a new game system or adding more items to a game’s cash shop. For Serf Wars, the “update” makes the game so radically different that previous players will be asked to start building their kingdoms over from scratch. While Serf Wars is still basically a simplified medieval castle-building sim, the game’s update expands the role of combat in the game dramatically. Overall game balance has also gotten tweaked for the better. You can now build a more interesting kingdom more quickly, with missions to guide your efforts.

In addition to missions that guide you toward how much to increase your population or how much food to produce, there’s also a wide range of achievements in the game. They reward you for doing things that in many cases you’ll want to do anyway, but achievement pop-ups are gratifying when you earn them. Early in the game you get a wide variety of missions, but this slows down as you get deeper into the game and develop more of a feel for how you progress. Where most city-builders indicate progress through population or building goals, Serf Wars ties its sense of progression primarily to combat.

Combat in the new Serf Wars is entirely different and deeper than it was in the original game. Now you can visit areas around your kingdom that act as dungeons and progress through series of squad-based battles there. Each squad holds eight units, four melee and four ranged. You recruit new units on a timer at your barracks once you’ve built it and recruit more powerful units by upgrading the barracks. You must build other artisan buildings like the chapel to support your troops with added functions like healing.

Actual battles are primarily automated, with each unit automatically using its attacks against enemies that are within range. You can have multiple units, but this just lets you do more combat missions in a row at once. If you have only one squad, you just have to wait five minutes between battles for your units to rest up. Timers factor into other parts of gameplay in intuitive ways, with activities like erecting buildings, collecting taxes, or even just cutting down weeds requiring certain amounts of time to complete. 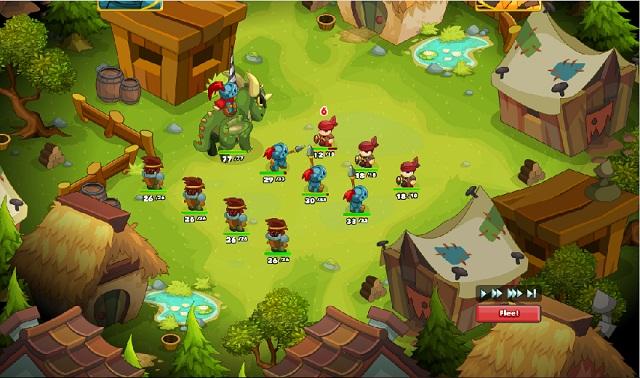 The excellent mini-games from the original Serf Wars return, but now you can obtain more of them, more quickly, and without having to spend real money. Overall, the combat-heavy revamp of Serf Wars has worked wonders for the game, making it feel more unique and satisfying. The visuals are even more striking now, thanks to the game running at much higher resolutions (but without becoming unplayable on low-res screens like laptops).

Serf Wars is a bland management game with great mini-games

Serf Wars is a medieval-themed castle-building sim that, even though it offers features like combat, is more CityVille than Kingdoms of Camelot. You can train soldiers but there’s not a big emphasis on battling much of anything. The game is mostly about designing, arranging, and maintaining a super-cute medieval kingdom that slowly generates revenue, which you spend to make your kingdom cuter. Serf Wars also places a heavy emphasis on playing mini-games, to the point where you unlock more by decorating your kingdom and can actually level up from mini-game sessions.

While Serf Wars does offer a tutorial to explain the game’s basic controls, it doesn’t offer the series of quests or missions that now typically appear in Facebook management sims. Once the game begins, you seem to be encouraged to develop your kingdom according to your whims. You do need to make sure you produce enough food to feed your population and beautify your kingdom enough to keep your peasants happy, but otherwise there’s nothing like, say, FrontierVille‘s steady progression from homestead to small town. 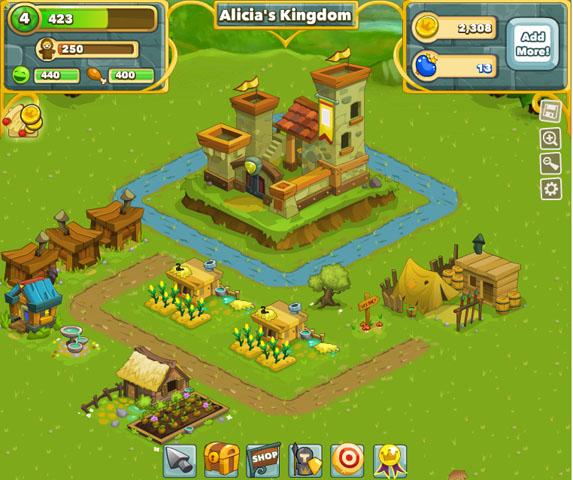 As a management sim, Serf Wars is very traditional and won’t offer surprises to anyone who’s spent a lot of time with these games on Facebook. It’s the mini-games that really set Serf Wars apart. The mini-games are all action-based takes on very typical sorts of browser games. When you start the game, you can play a side-scrolling platformer and a bakery-themed variant of Snake. These games are extremely well-implemented, both in terms of graphics and controls. Serf Wars offers tons of achievements to pursue with them and you get in-game rewards for posting high scores. You gain more mini-games by adding certain buildings to your kingdom, some of which cost real money. 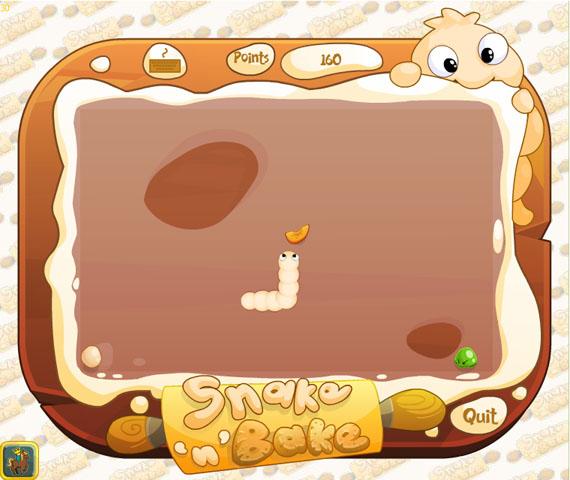 Serf Wars is almost worth playing just for the excellent mini-games. The management sim part of the game is very pleasing to the eye but is a bit bland if taken on its own terms. The integration with the mini-games is where all the fun of it lies and hopefully the game develops in that direction in the future. Serf Wars has clearly launched with some features not integrated at all, so this game is probably going to grow more complex and probably more satisfying to play in the future. If only it didn’t take so long to unlock more mini-games.