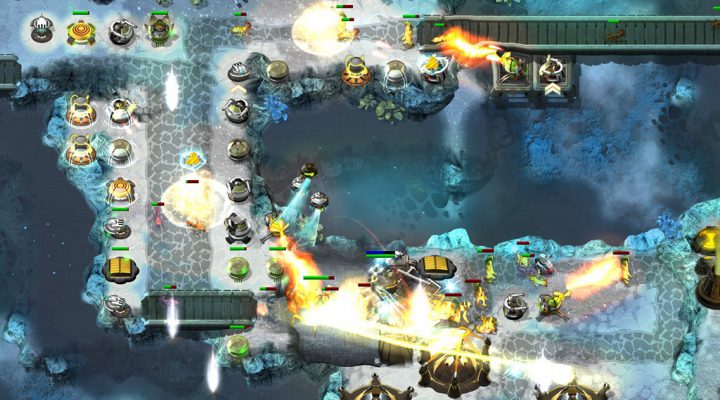 The campaign is lengthy, with rewards for replaying each level

The game is very dense, and not everything is properly explained when introduced.

Two-tiered currency in a $4.99 game – while handed out regularly – always feels like a specious proposition.

Sentinel 4: Dark Star is so large, it contains multitudes. Appropriate for the fourth entry in this tower defense series that stretches back to the earliest days of the App Store, there’s a lot of game to take in here. Sometimes the game does a poor job at making all of its myriad elements come together, but not to a degree that the game suffers too much for it. This is a big and beefy tower defense game, meant for people not afraid of depth.

To a certain degree, Sentinel 4 is a traditional tower defense game. That said, it does have some elements of open-field games, offering units that can be placed in the lanes to help damage enemies along with the standard array of towers: turrets, bombs with splash damage, slowdown turrets, and more. 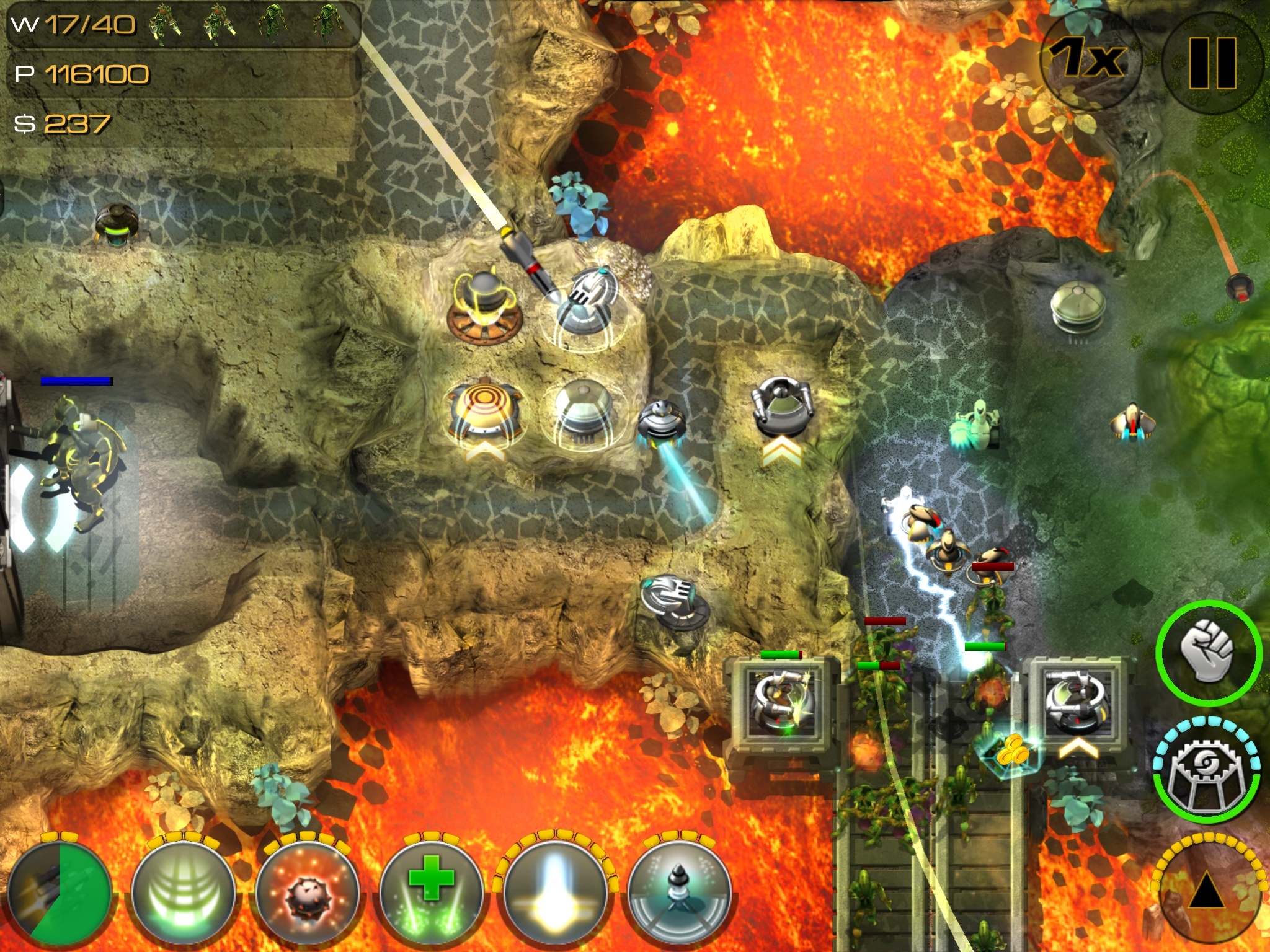 Turrets can be upgraded and sold, but also collect experience for kills that can make them stronger. Lane units, however, can’t be upgraded or sold. If two types of units with different placement rules weren’t enough, then there’s also the Sentinel, which can be jumped from wall to wall, and even to protect the main base that the enemies are trying to destroy. The Sentinel has its own abilities to deploy, and can strengthen units near it. The base can deploy repair bots, attack units, and more.

There’s a lot to manage and keep track of, making this a rather complex tower defense game – one of the more complex I think I’ve played on mobile. But hey, this is the fourth entry in the series: there’s nothing wrong with a game like this being so content-packed. Plus, the game still follows the basic conventions of tower defense. This is tower defense with familiar rules, just expanded out.

The greatest strength of the game is perhaps its greatest weakness: there’s just so much going on at any one time, and often the function of everything isn’t quite explained – it has to be discovered. What does a certain tower do? Best way is to explore and find out. The upgrade menu for the turrets explains a lot about how each one works that the game does not. For example, I unlocked the anti-air turret while playing a mission that had no air units to take it out with.

Oh, and the game doesn’t quite make clear that there’s an upgrade system to boot, though poking around the menus makes it clear. A little bit of self-discovery goes a long way in this game. I still haven’t quite figured out what the Nexus system is, though apparently rewards are in order at some point.

In terms of play, the game’s interface works well: tapping units will call up the radial menu that shows what can be done with them, including moneyed actions and abilities to use. On the iPad, some levels don’t manage to fit all their action on the maximum zoom-out level, which is a bit annoying. The music is a bit too dubsteppy for my tastes, but thankfully playing external music apps works quite well. This feels like an odd thing to note in 2014, but apparently the iOS audio APIs are at a point where this is a difficult thing for developers to set up properly, and I always appreciate a game that feels like it should support outside music. 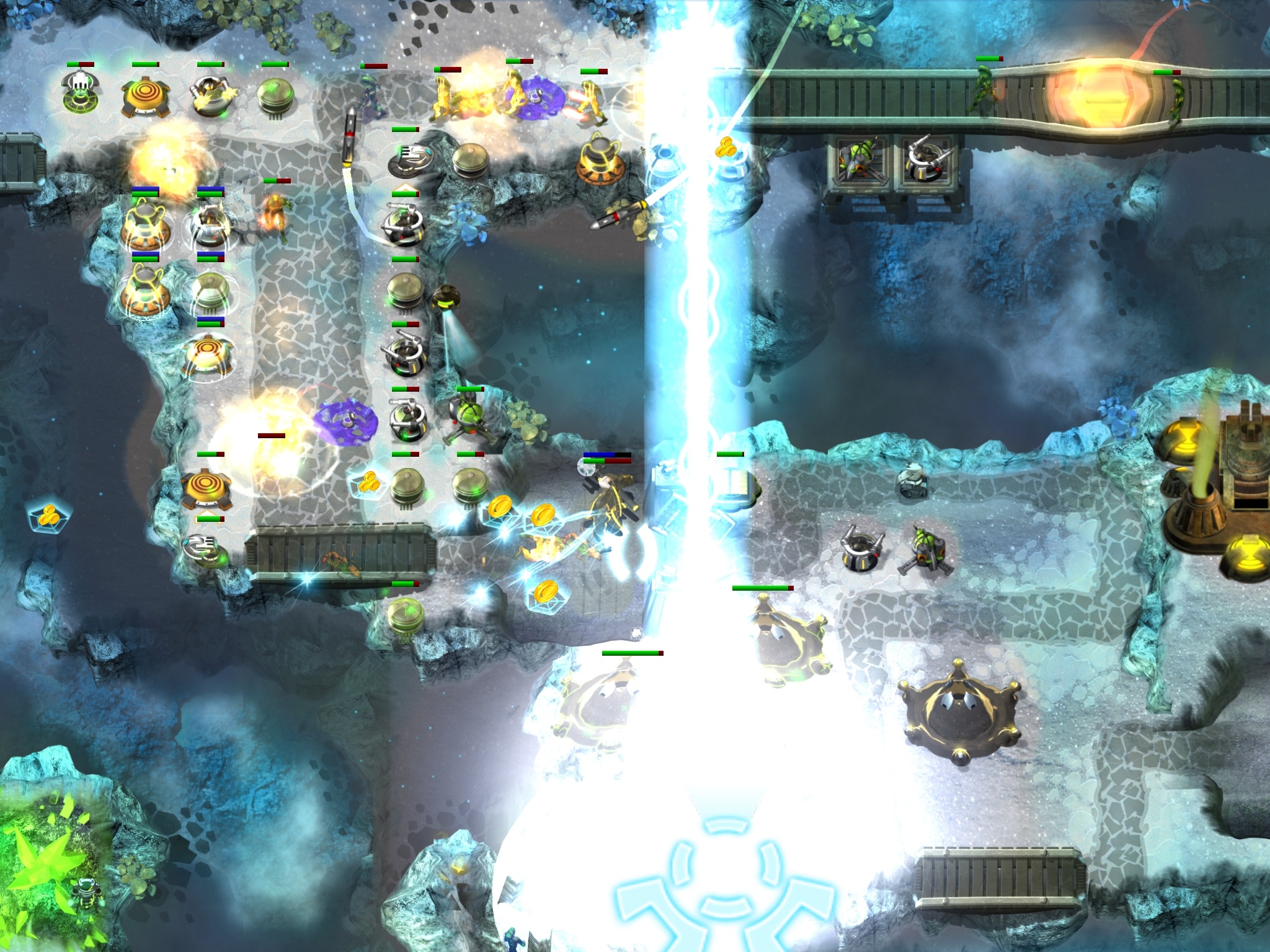 Sentinel 4 offers a rather lengthy campaign: 26 missions, and the levels are no short affairs. For the premium price, it’s easy to get a ton of playtime out of this one. There are in-app purchases with a two-tier currency system, though, with credits used to buy turret and Sentinel upgrades, and star fragments used for boosts, continues in endless mode, and exchanged for credits. Yes, these can be bought, but they can be earned pretty regularly by completing levels at higher difficulties. And really, it winds up encouraging replaying earlier missions at later difficulties anyway, and to dive into the endless mode on each level.

Sentinel 4: Dark Star is a beefy game, making tower defense as dense as possible. While the Sentinel is unique to this series, the game doesn’t otherwise muck around too much with tower defense conventions – it’s just got a lot to it. Sometimes it can be hard to get into, but it’s pretty clear who this game is for: people who love tower defense, and fans of the series who won’t mind its daunting nature. They’re going to want a game that has a lot to it. And I appreciate that such a game exists. It’s a darn fine jaunt into a familiar genre.