Secrets of the Dragon Wheel Review 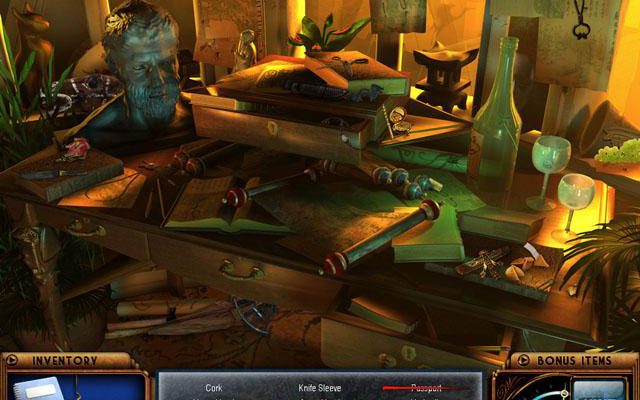 The first in a planned series of adventures starring the feisty, freckled (and rather oddly-named) Epiphany O’Day, Secrets of the Dragon Wheel is a solid but unremarkable hidden object game packed with adventure, intrigue and murder most foul. There’s some good fun to be found within but hidden object veterans would be well-advised to go in with tempered expectations, as it has very little to offer that hasn’t been seen before.

The game begins with the young Miss O’Day, an archaeological scholar, forced into academic disrepute after giving a lecture on the fabled Dragon Wheel of Shaanxi. Unamused by her steadfast belief in the mythical object, her superiors terminate her teaching position, leaving her penniless. Desperate, she contacts an old friend and professor, who invites her to join him on a revolutionary research project in Istanbul. The subject of his research probably won’t come as any great surprise: That’s right, it’s the Dragon Wheel, which as it turns out is very real indeed. 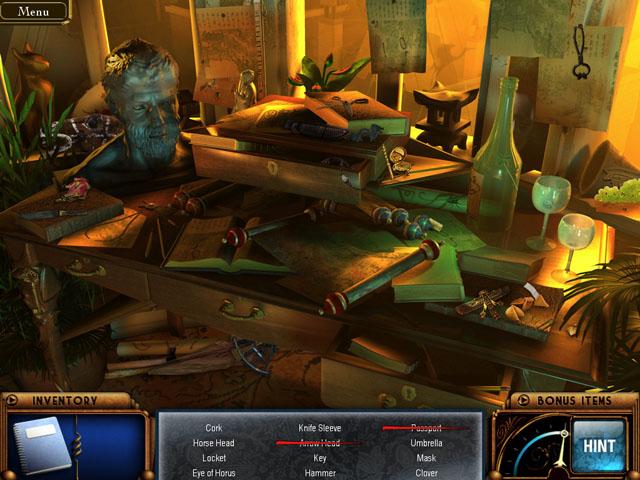 Unfortunately for all involved, other, less savory characters are also interested in the professor’s research and before Epiphany can reach him, he is attacked and murdered by an evil, weaselly little man named Caines – who, probably not coincidentally, also killed another man who was riding in the same train car as Epiphany during her trip to Istanbul. Let the pursuit – driven, of course, by searches for hidden objects and the occasional bit of puzzle-solving – begin!

Gameplay in Secrets of the Dragon Wheel is very conventional, with a dozen or so hidden objects per scene, some of which go into the player’s inventory for use in future sections. Simple puzzles come into play from time to time, breaking up the action with mostly standard fare like matching pairs of objects or repeating patterns of lights and sounds, while a rogue’s gallery of bizarre characters will keep the story moving forward. In other words, anyone who’s played a mainstream hidden object game prior to this one should feel right at home here.

Secrets of the Dragon Wheel may not break any new ground in the HOG arena, but it does earn points for its high-quality production values. It looks great, especially when the action moves aboard the Imperial Majestic, the private train that services the Chinese Emperor and his retinue and on which the bulk of the game takes place, and the occasionally Myst-like effect is reinforced by a subtle, moody soundtrack. The game’s characters are all fully voiced, although this is a bit of a hit-or-miss proposition; despite the urgency of the situation, Epiphany sounds like she’s reading off cue cards, while the rest of the characters, particularly the German Caines and the Chinese Huang, sport accents that at best can be said to be comically exaggerated. 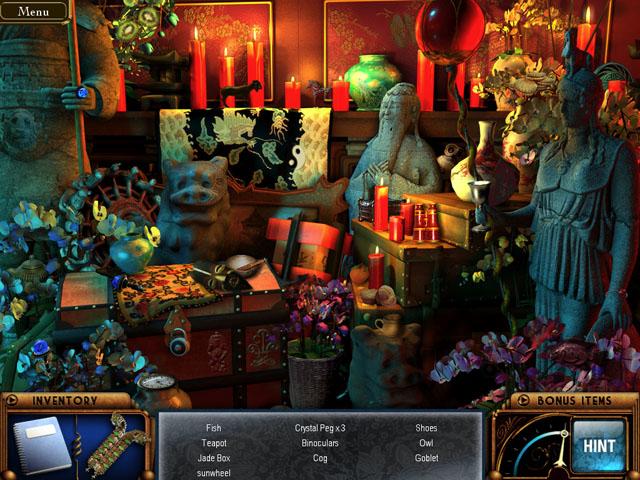 The object searches can be tough but the rest of the game is actually quite easy. Secrets of the Dragon Wheel provides generous guidance about where to go and what to do, going as far as to provide an on-screen indicator to let players know when they’re in the proper location to continue their quest. The mini-games can’t be skipped but are uniformly simple; only one, a lock-picking game, stumped me for more than a few seconds. The standard hint system recharges very quickly and although quite a bit of back-and-forth movement between locations will take place as the game unfolds, the relatively small number of rooms to explore keeps it from becoming frustrating.

The downside to that, however, is that in the later stages of the game, Secrets of the Dragon Wheel begins to repeat itself. Both hidden object scenes and, more noticeably, the hidden objects themselves are increasingly reused as the end-game approaches and while it’s hardly the first game to do so, the effect is more pronounced because it doesn’t happen until things are wrapping up, giving the vague impression that the developers were trying to pad the game’s roughly three-hour length. 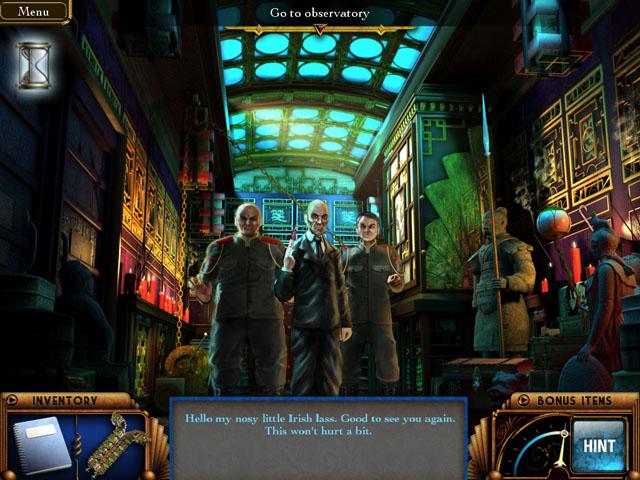 Secrets of the Dragon Wheel is also plagued by an odd technical glitch in a “bonus game” in which players are tasked with finding large candy-canes scattered throughout its levels. Players are exhorted to find them all, but the search is a tricky one because at least three or four of them don’t actually appear on-screen and can only be stumbled over through diligent pixel hunting. It’s a relatively minor issue because it doesn’t affect the main game, but it will no doubt be a point of frustration for players who feel compelled to catch ’em all.

But like so many hidden object games, the biggest knock against this one is simply that we’ve seen it all before. The puzzles, the over-the-top characters and the sharp-witted heroine caught up in a whirlwind, slightly nonsensical adventure are all familiar waypoints along a very well-trodden path. Not that there’s anything necessarily wrong with that; Secrets of the Dragon Wheel does what it does very well and most hidden object fans will likely find it a very enjoyable experience as long as they don’t expect it to do any more than that.