Home / Reviews / Secrets of the Dark: The Flower of Shadow Review – Dimensional Distress

Secrets of the Dark: The Flower of Shadow Review – Dimensional Distress 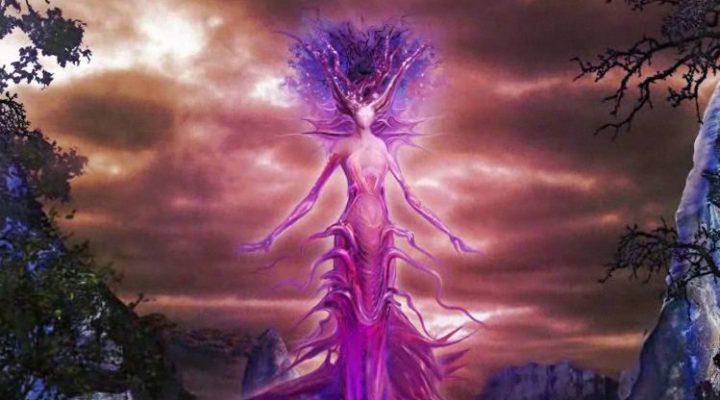 Balanced storyline with elements of the supernatural.

The hint system is not always helpful.

Ever receive a present that didn’t come with a card? It’s not so uncommon, which is why Maria started tearing off the ribbon without hesitation. Unfortunately for her this gift wasn’t a new pair of socks. It was the evil servant of an even more evil goddess that kidnapped her and took her to another dimension. Nobody saw that one coming. Except maybe the creepy psychic who lives down the block.

Secrets of the Dark: The Flower of Shadow is a casual hidden object game that’s heavy on the supernatural elements. Most of the main story points are unloaded at the very beginning, serving as the perfect gateway to a tightly constructed and entertaining experience. Everything you encounter in The Flower of Shadow feels like it belongs in this off-beat world, from items that transport you to another realm to a father who just can’t stop doing yardwork. 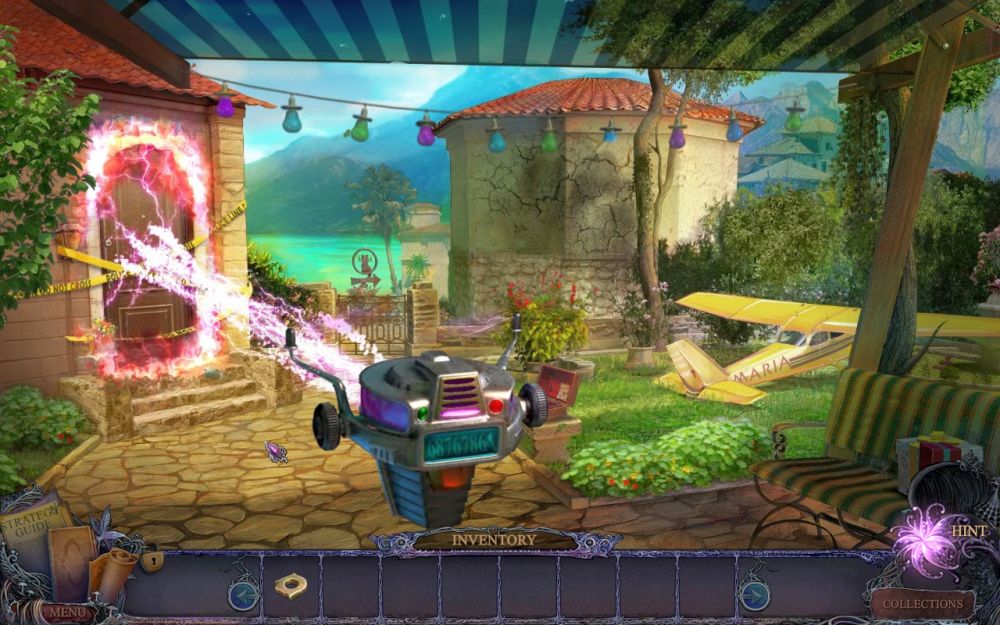 Secrets of the Dark gives you a series of small areas to explore, each laden with seemingly random sets of items. You’ll do a lot of back and forth trekking as you slowly unlock new spaces to check out and remove barriers in your way. Mini-games crop up quite frequently as you progress, giving you plenty of excuses to stop and play with sliding toys or mechanical frogs.

Hidden object scenes aren’t too common in Secrets of the Dark. When you do stumble across one, it feels more like a glorified mini-game, which is totally fine since The Flower of Shadow does these extraordinarily well. Use the item outlines at the bottom to hunt for objects at the top of the screen. Most of the time you’ll need to do some interaction in order to assemble or uncover the item in question. 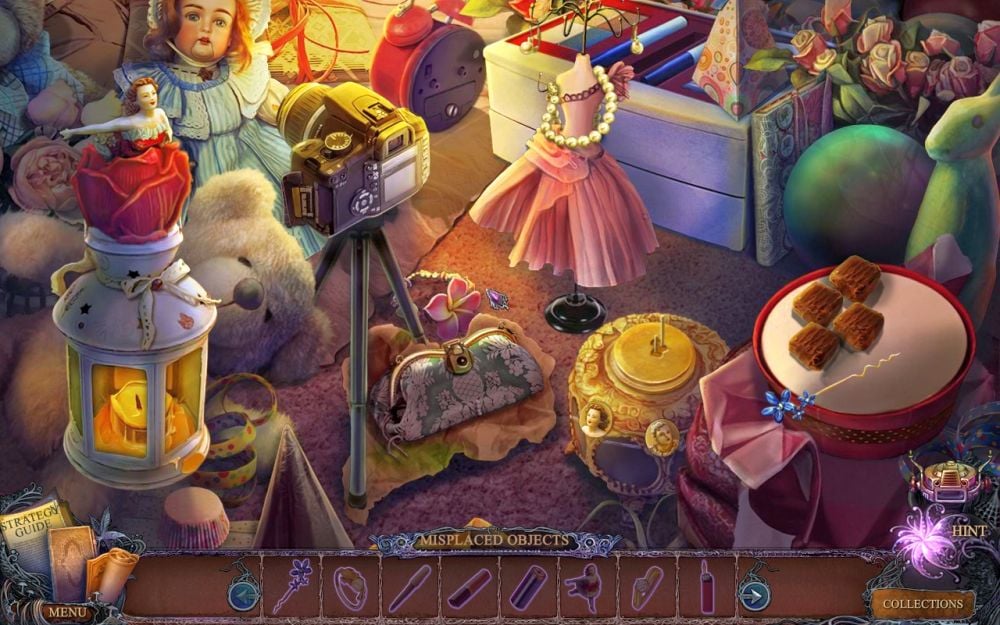 Certain places in Secrets of the Dark: The Flower of Shadow are blocked by an otherworldly energy. Good thing you’ve got a code breaking robot that follows wherever you go. Simply activate your little buddy and twist the dials to match the numbers on screen. It’s barely a mini-game, but it’s oddly entertaining all the same.

For a game that relies on dimensional travel and ancient evil spirits, Secrets of the Dark: The Flower of Shadow feels remarkably cohesive and down-to-Earth. The puzzles are a joy to solve, the mini-games keep you guessing, and the visuals hit the sweet spot between realistic and artistic. The game also has a bit of a sense of humor that keeps the experience lighthearted. It may not have any wow features to dazzle the masses, but Secrets of the Dark is one well-built casual adventure game.