Home / Reviews / Secrets of the Dark: Temple of Night Review

Secrets of the Dark: Temple of Night Review 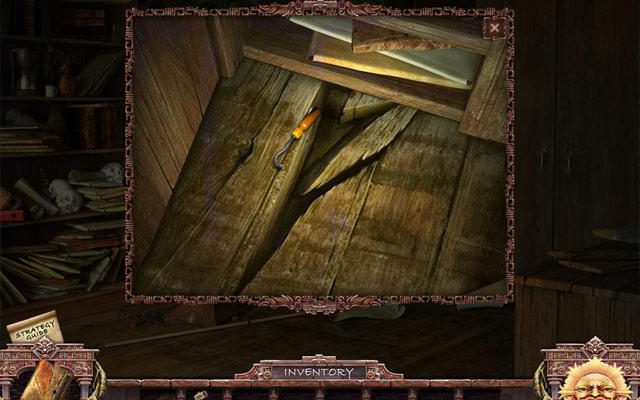 Secrets of the Dark: Temple of Night is a competent but uninspired HOG

Another day, another demon bent on turning the world into a churning pit of ash and fury, and luckily for all of us who prefer it the way it is, another hidden object hero(ine) who just happens to be sitting around at home with nothing to do when the call comes in to save the day. That’s the setup in Secrets of the Dark: Temple of Night, a new, determinedly-decent game that drops players into the middle of supernatural shenanigans in a small Mexican town.

You like meatloaf? I do. A good meatloaf is tasty, it’s filling, there’s usually leftovers and hey, let’s face it, it’s not exactly brain surgery in the kitchen to put one together. But even the best meatloaf, when you get right down to it, will always be meatloaf; it’s gastronomic potential is inherently limited by its very nature. Secrets of the Dark: Temple of Night is kind of like that, too. It does what it does reasonably well, it just doesn’t do very much. 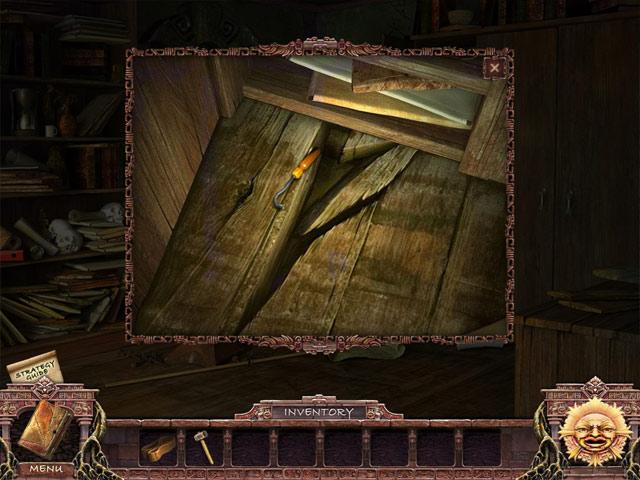 Things get started when your friend Peter, the world’s worst journalist, goes off to report on strange happenings in a small, isolated town. His bumbling ways soon land him in the hands of the local devil-worshiping cult, which is hard at work trying to resurrect some long-forgotten Aztec nasty-boy. Peter is able to get off a panicked call begging for help before an evil spirit whisks him away and you, being the stand-up pal that you are, make haste to his last known location.

The twist in Temple of Night, and it’s one we’ve seen before, is that many of the game’s locations actually have two aspects, changing from their normal modern-day appearance to something out of the ancient Aztec empire when the sunlight is shut out, a reflection of the growing influence of the dark god struggling to arise. Changes in one aspect have a direct and immediate impact on the other, so a particularly stubborn lock in one realm, for instance, can be bypassed by opening its more cooperative equivalent in the other. You can expect to move back and forth between the two realms quite often.

Conventional hidden object searches are the order of the day but there are a few “reverse” searches as well, in which you’ll enter a scene with an inventory full of items and need to put them into their proper places. Mini-games also feature prominently, most of which are fairly familiar – hidden pairs, reverse the tiles, Towers of Hanoi and so forth – and while they’re fairly easy in the early going they do get tougher as things progress. But in most cases that increase in difficulty comes at the cost of repetition, as the puzzles generally don’t get better, they just get bigger.

That’s due in large part to the fact that, geographically speaking, the game is pretty small. Yet that’s actually more of a benefit than a problem in the long run, because you’ll be doing a lot of back-and-forth running around and the relatively few number of places to go makes it easier to remember (or figure out) what you’re supposed to be doing. The hint function isn’t much use in that regard, telling you only that you need to search elsewhere if there’s nothing to do at your current location, and although your in-game notebook does a decent job of keeping track of what’s happening, it’s not particularly insightful when it comes to sorting out what to do next. On the upside, that shouldn’t prove to be too much of a problem for most players. Secrets of the Dark serves up a distinctly mid-range level of difficulty, with nothing about it too overly taxing on the ol’ grey matter. 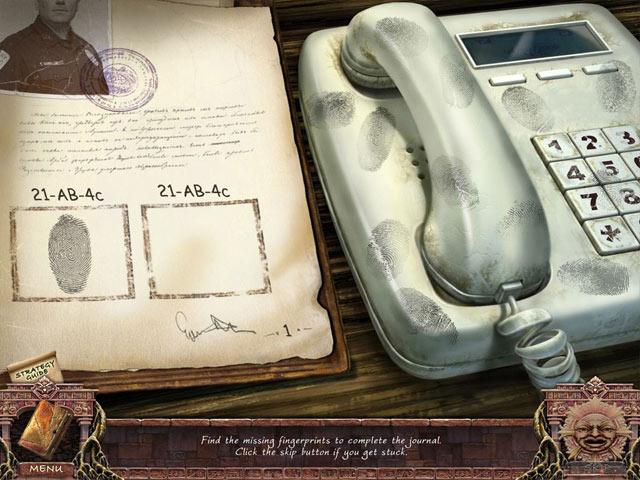 Secrets of the Dark is a collector’s edition which comes with a fairly conventional array of extras: a built-in strategy guide, about a dozen wallpapers (in a single resolution, so be prepared for some stretching and warping), direct access to eight mini-games and not just one but two bonus adventures, each of which will tack an hour or so onto the game’s roughly three-hour running time. It’s a lot of play time but sadly, the second bonus level is really just a re-hash of the original game, using the same locations, puzzles and hidden object scenes. Even its ending is virtually identical to that of the main game. More is better, I suppose, but is it too much to ask for a little bit of effort to be put into it?

Ultimately, Secrets of the Dark: Temple of Night succeeds as much as it does by aiming low and keeping things simple. The graphics are good, the music is catchy, the hidden object scenes look nice, the mini-game mix is decent, the collector’s edition bonus content won’t leave you feeling cheated; it’s an uninspired but competent package that most hidden object fans will play, enjoy, finish and forget. If “good” is good enough, then this one certainly bears a look.