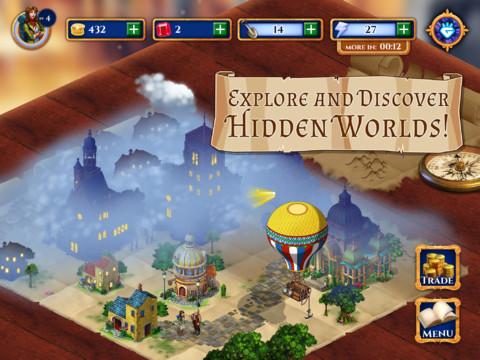 While Secret Passages: Hidden Objects from Pocket Gems isn’t the first free-to-play hidden object game on iOS, it is one of the prettier options available. This mystery adventure takes players through secret passages connecting different eras and great civilizations as a young girl tries to solve the mystery of her father’s disappearance years before. Secret Passages has lots of charm, and lots of lovely hidden object scenes to complete, but it ultimately suffers from its free-to-play model.

Each scene in Secret Passages is heavily themed, depending on its era and location. The present day includes cluttered libraries and offices containing items that depict a world traveler, while others may take players to an Imperial Palace or Pagoda, as examples. Large chunks of the world map, as well as scenes within those locations, are locked until certain criteria can be met. Usually, this is nothing more than the collection of coins in bulk, but it can also include collecting keys, shovels, and more which are used to gather additional materials before moving on.

Scenes themselves are lovely, and there are multiple varieties of hints to help players find the trickiest of hidden items. Unfortunately, each variety of hint, save for the basic flashlight, is practically useless. One lasts only a few seconds and forces players to drag a magnifying glass around the screen to find “hot and cold” areas based on their current distance from a key item, while another simply shows a visual picture of one of the items within the scene, and not its location.

Relics are collected from each scene, with varying combinations of relics being required to turn in for coins. This forces players to replay the same scenes over and over again to earn more relics (and therefore more coins), and this repetition can quickly become boring. At the same time, the game’s energy system is far too skewed, giving players just four or five minutes of play time before running out of energy and being forced to wait until it recharges. Furthermore, if you happen to start a hidden object scene and then place your device aside for a short period of time, the scene will automatically fail, wasting all of your energy and forcing you to wait for it to recharge before trying again. 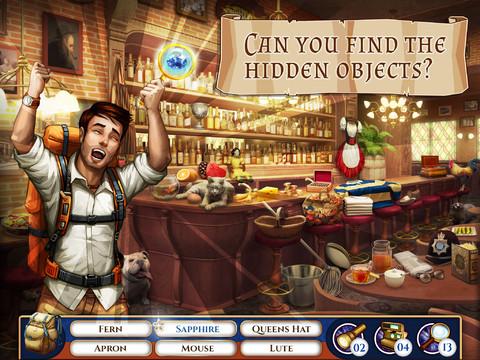 Of course, Secret Passages offers plenty of monetization options, as players can purchase energy packs, finish timed tasks instantly (like land exploration), and so on; but unlike other games in the genre (like Game Insight’s Mirrors of Albion, for instance), Secret Passages doesn’t offer enough premium currency as players make progress to entice continued purchases.

These frequent and expensive paywalls are really the biggest issue with Secret Passages. While the game’s text windows come with some grammatical errors, and you may need to tap on hints or objects more than once for the game to recognize that you’ve done so, all of those issues could easily be overlooked if progress were easier to obtain. As it is, this is a game that requires multiple short gameplay sessions per day to make considerable progress, and that’s far too much micromanagement to expect from players, especially considering how repetitive and unoriginal the game quickly becomes. 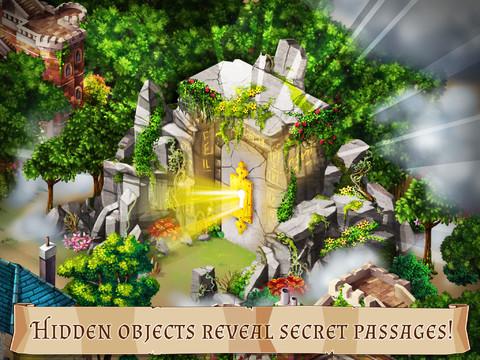 Secret Passages: Hidden Objects is a lovely example of how hidden object scenes should be designed on iOS devices, with large items and clear graphics. But for everything the game does right, it does something much worse in its effort to earn players’ money. The game isn’t horrible by any stretch of the imagination, but we’ve also seen plenty of better options released in the space.