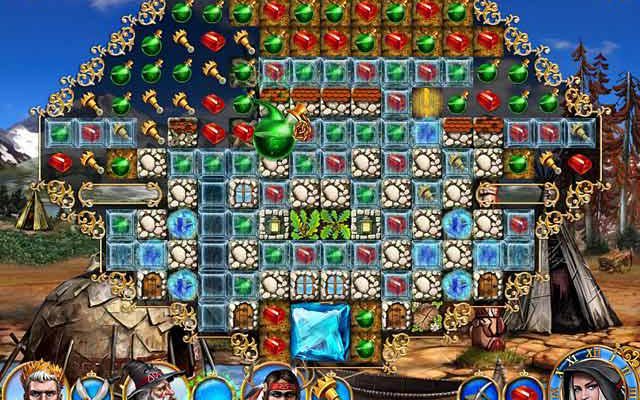 I’m still amazed that after all these years I can still be so addicted to match-3 games. I mean, it’s such a simple concept you think it would’ve run its course long long ago. Yet, here I am… spending more than a few hours matching blocks in Season Match: Curse of the Witch Crow, just as addicted to it now as I’ve ever been. If you’re a fellow match-3 fan, read on because I think you’ll like what you hear.

If you’ve played a match-3 game in the past then you’re already more than likely keenly aware of what you’re going to find here. Different items drop down from the top of the screen, filling up different shaped play areas. If 3 or more alike ones are adjacent to each other, click them with the mouse and they vanish and pieces fall down to fill in the pieces. Rinse and repeat. 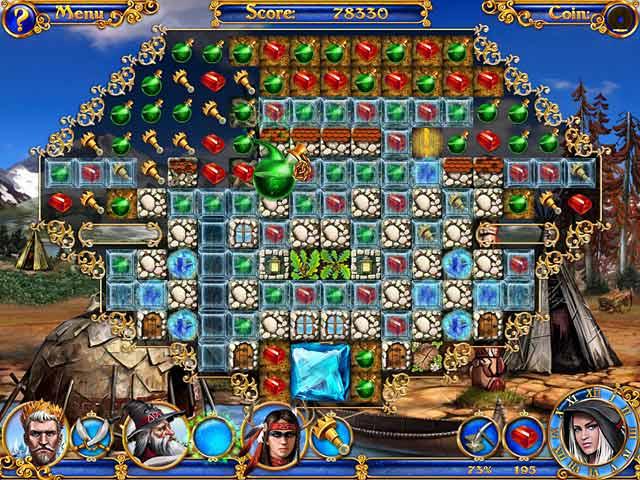 Of course you’ll gain bonuses for groups larger than 3, so you’re trying to get as many like pieces together at once before you clear them. In Season Match: Curse of the Witch Crow on most levels you’ll have to clear a set number of each kind of item, so it’s a mad dash to click click click groups to clear them as fast as possible.

Season Match: Curse of the Witch Crow in that respect actually has one of my favorite aspects of these match 3 titles… speed. You don’t need to wait for the pieces to clear and stuff to fill in the spaces before you can click again. You can just speed click and work as fast as possible, leaving a trail of cleared icons in your wake. Since the game gives bonus points for speed there’s actually a good reason to do so.

The storyline is so-so but really in a match-3 game it’s tacked on anyway. The Witch has cursed the months of the year (represented as people here) when they gather to ring in the new year and has basically frozen everything in an eternal winter. It’s your job to free the spirits starting with January in order to vanquish the witch and get everything back to normal. The real plus about saving the spirits is that each one has a special power you can use while clearing matches off the board. 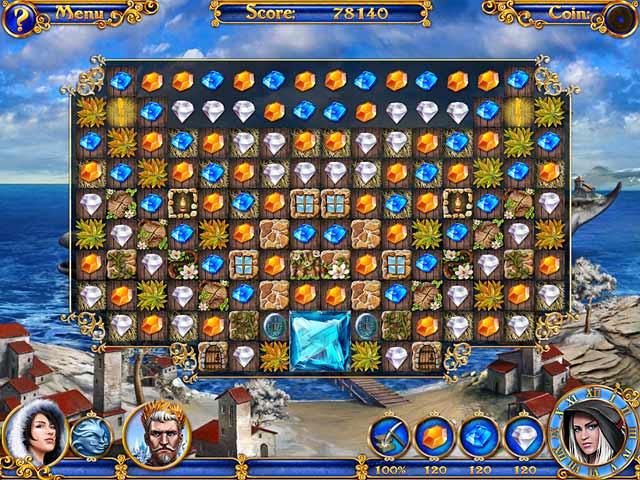 The real downside of the storyline is just how rote it is. Every level starts with them telling you that you need to recover such and such an item. Then you get it and end the level then you move on and have to find something else. There’s never any deviation from that, at all. So don’t go into this game thinking you’re going to get some decent narrative out of it. It services the game in the sense that it gives you a reason to play the next level. It’s just not a good one.

As a nice change of pace in between a good chunk of the levels you need to do a little hidden object finding. At first I really enjoyed these diversions even though they were pretty simple. Sadly I figured they would get harder over time but it never really happens. The novelty wore off when I never ran into a challenge. This caused the HOG sections to never move beyond diversion and into a genuine gameplay element.

Overall I’ve enjoyed my time with Season Match: Curse of the Witch Crow even though it really doesn’t break any new ground. If you enjoy your match-3 games this one is a decent title to add to the collection, even though there are a bunch like it. Expect a good time, just don’t expect to be blown away.