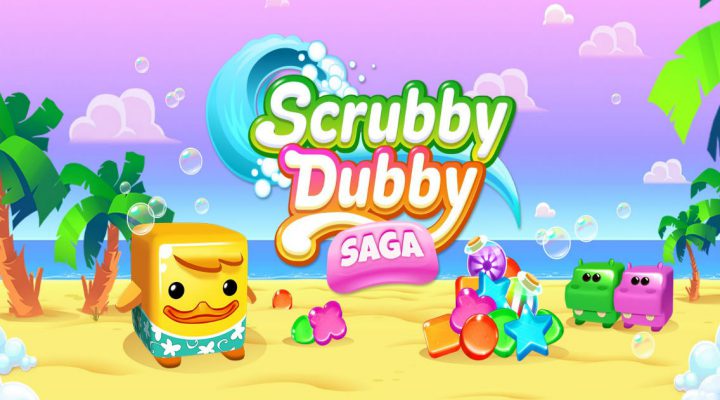 If you’re a fan of King’s match-three games, then you’ve probably been doing a lot of candy-gobbling and pet-frolicking over the past few months. That’s sticky, messy work. It’s time to clean yourself up with another King title: Scrubby Dubby Saga.

While Scrubby Dubby Saga is indeed another match-three title, it features a bit of a twist next to its candy-coated cousins. Instead of swapping tiles to match things up, you slide rows and columns to line up like-colored pieces.

Though it’s a small change, it should still be enough to keep King fans interested for a while. In fact, the game’s a bit more forgiving than many of King’s other match-three titles, though you can still expect to run into the standard free-to-play puzzle game trappings by the time you hit level 25 or so. 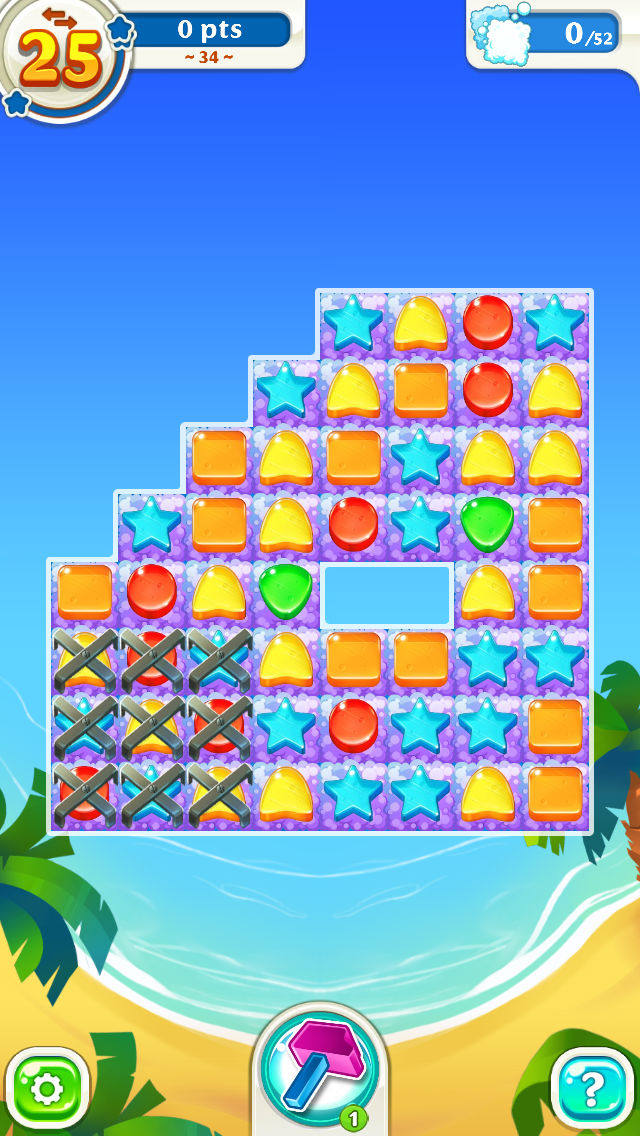 Scrubby Dubby Saga takes place in the squeaky-clean realm of Soapland, a happy place where soap animals surf and frolic. One day the fun comes to a halt when a mysterious foam begins running downstream.

What’s the cause? Perhaps it’s runoff from the disintegrating bodies of soap animals sloppily disposed of by the soap mafia. OK, probably not. It’s up to you to uncover the real reason for the mess.

As previously stated, you can’t swap single pieces in Scrubby Dubby Saga. If you move one piece, the entire row or column is going along for the ride.

This makes for some pretty interesting gameplay, as game pieces can exit one side of the board and re-emerge on the other side. Successfully completing your task requires you to take a good look at the entirety of the playing field instead of focusing on immediate matches.

Each level has different requirements for victory. Sometimes you must match up a certain number of specific soaps (they look shiny and tasty, but do not eat them), clear away foam by making matches, or rescue pals by matching up their cage colors with pieces of the same hue.

Scrubby Dubby Saga isn’t as merciless as the Candy Crush games. While getting three stars on a level is still difficult, performing the initial clear isn’t too bad. At any rate, I rarely found myself stuck for hours on a single board, which is something that happens to me regularly in Candy Crush titles. 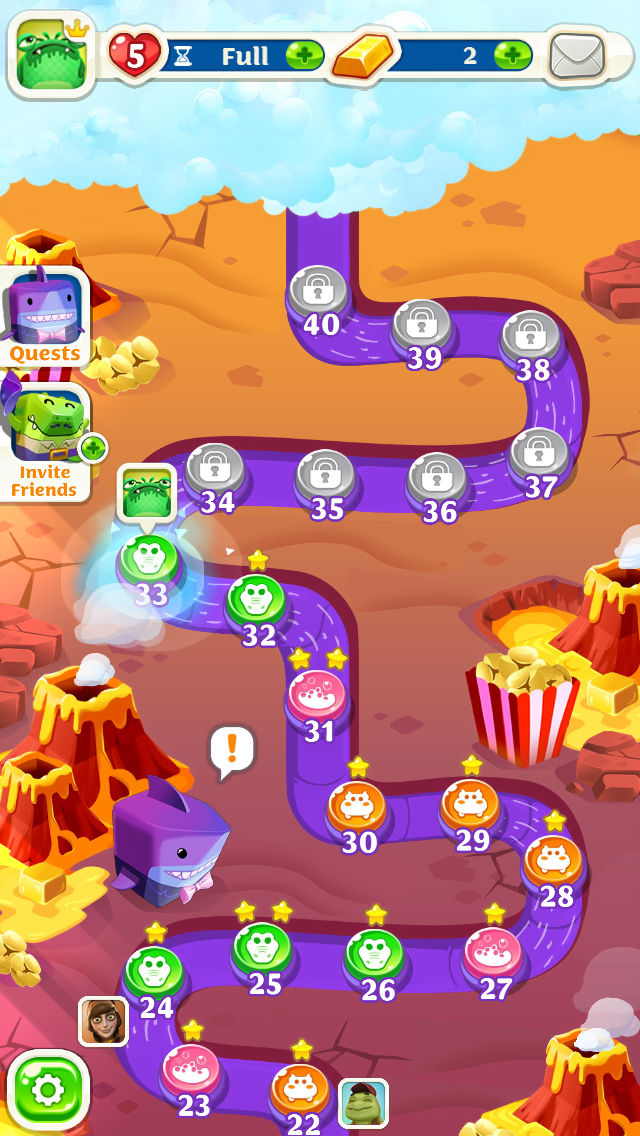 I’m not sure if King is being merciful, or if Scrubby Dubby’s sliding mechanic simply offers up more paths for victory. Either way, it’s OK by me.

Not to say you’ll never get stuck, of course. There are still plenty of moments that make you say “Ugh, if only I had one more move,” to which King is happy to say “Hey! You can solve this problem with a bit of cash!” Standard stuff for a free-to-play match-three puzzle game, in other words.

Scrubby Dubby Saga is a cute and addictive distraction that’s perfect for the bus — or the bathtub, if you’re one of those people that like to risk everything. Fans of King’s games will definitely dig it, and even people who are fed up with match-three games may enjoy slipping and sliding columns instead of swapping game pieces.