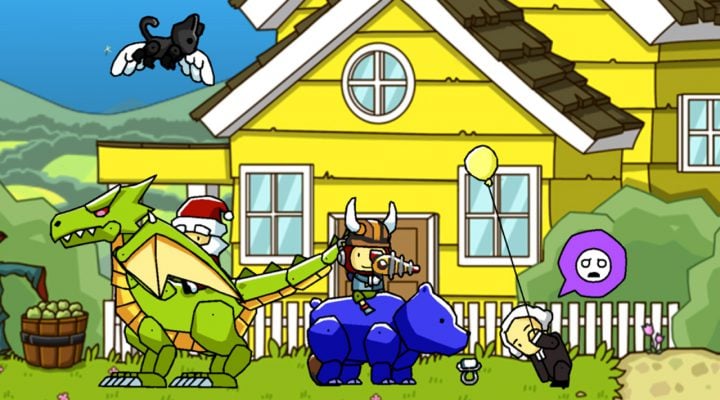 An impressive amount of items to summon.

The game lets you decide how you want to play it.

Tons of little puzzles to solve.

Some things don't work how they could.

If you are new to the franchise, Scribblenauts is a game series about a little boy named Maxwell who has a magic notepad. Whatever he writes in the notepad appears in the game, ready to be used. The game revolves around solving little puzzles that involve helping people or completing tasks by summoning appropriate objects.

For example, in one of my least creative moments, I came across a woman whose cat was stuck in a tree. With the power of imagination at my fingertips, I sat and stared into my magic notebook trying to think of an amazing way to rescue this cat. Instead, I found myself typing, l-a-d-d-e-r. A ladder poofed into existence. I climbed it, rescued the cat, and completed the puzzle. I shamefully erased the ladder and quietly moved onto the next puzzle. 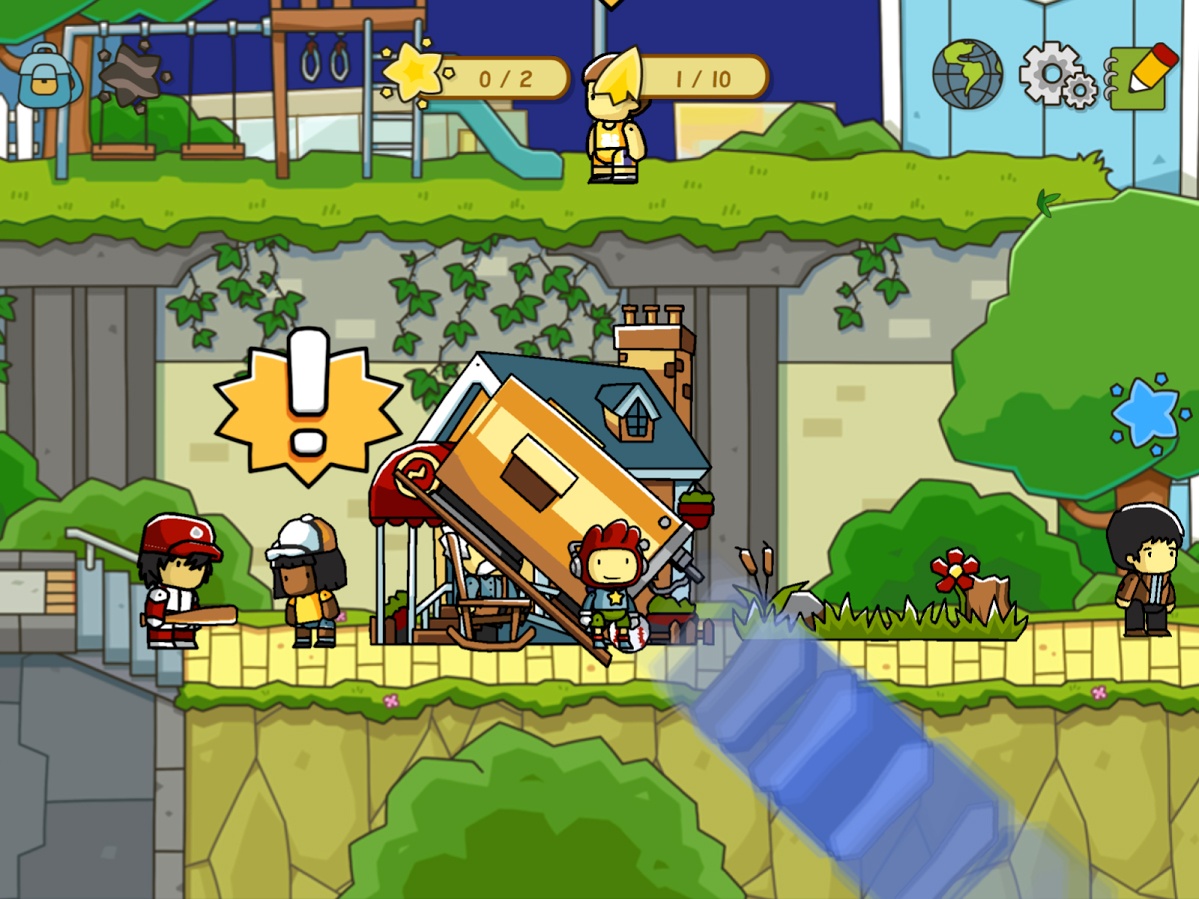 I redeemed myself later though. A kid had hit a baseball into a grumpy old man’s yard and I had to figure out how to retrieve the ball without setting foot on the old man’s yard or else he’d run out and snatch the ball away from me. At first I tried to use a fishing pole and a basket but no luck. So, as the saying goes, “go big or go home,” I went big and summoned down a tractor beam that almost sucked the old man right out of his chair. I was able to save him from doom in the nick of time by just haphazardly dropping the entire thing on him. He survived and I was able to return the baseball to the kid.

That’s the thing with Scribblenauts Unlimited, the game is what you make of it.

You can play the game like I did with my ladder example, going from puzzle to puzzle and solving them with the first thing that comes to your mind: an exterminator to kill bugs or a sports car for a guy going on a date. Or, you can flex your creativity and play Scribblenauts Unlimited the way it is meant to be played: ride around on a blue bear and kill bugs with your laser pistol, or send the guy off on his date in a battle tank. Chances are, if you’re having a boring time in Scribblenauts Unlimited or find that the game is too easy, you need to be a little more creative. After all — you’re the one telling the game what to do.

Scribblenauts Unlimited does suffer a bit when the artificial intelligence isn’t cooperative. Summoning living creatures (particularly carnivorous ones) can cause quite the mess as they tend to just run off and gobble up any NPC in sight. I found that if you use the adjective “happy” to describe the creature before you summon them it prevents them from being super aggressive, but even then, nearby NPCs still flee in terror.

Also, some things you simply can’t use the way you want to. A carnival game puzzle had me summoning objects to throw at some balloons. I summoned a frog, but even though it was roughly the same size as the baseball I just threw, I could not throw the frog at the balloon. Little limitations like that really illuminate the game’s invisible walls, and make Scribblenauts Unlimited feel rather, well… limited.