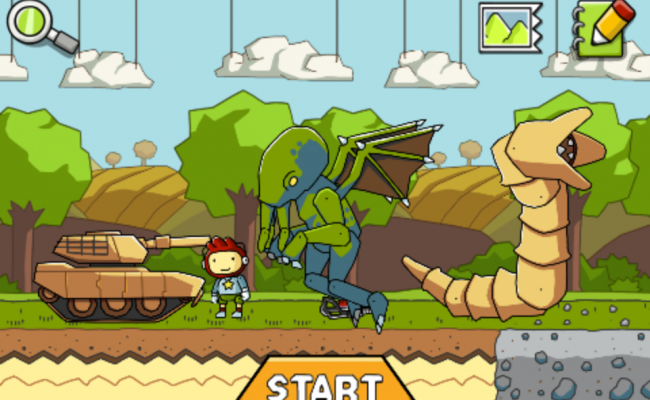 Scribblenauts Remix is as fun as you are creative

18 months ago, I wrote the article 7 Nintendo DS games we’d love to see on the iPhone. It’s not often that I get an opportunity to gloat, but it hard not to given the circumstances. Sure I’d pegged that Scribblenauts should be ported to the iPhone, but that was a no brainer. No, the reason I need to gloat has to do with the specifics. You see, as I sat down to write this review, I couldn’t help but realize I’d written the exact same words before – back when I was arguing why Scribblenauts was such as great fit for the platform.

Rather than describing the gameplay, it’s almost best to give you an example. Let’s go back to that star in the tree. It’s the first puzzle you’ll encounter in Scribblenauts, and it does a pretty good job of summing up what this title is about. Maxwell could always climb a ladder to get up the tree, so to give him one, you’d type “ladder.” But why just use a ladder when you could do something a little more fun? Why not give into your destructive nature and type “fire” and burn that sucker to the ground? Or type “Pegasus” and ride a majestic flying steed to the treetop? Or maybe just “chainsaw”? You’re really only limited by your imagination.

The puzzles aren’t always as simple as “figure out how to get this star.” Sometimes you’ll need to do things like make two brothers play sports together, or create a collection of things that you’ll need to start the school year. The challenges are wonderfully varied and have no problem keeping you on your toes from one level to the next.

As hard as it is to believe, there really isn’t anything I can dream up that Scribblenauts Remix can’t create. The range of its dictionary is staggering.

Remix also allows for adjectives in all of its puzzles, which is something that wasn’t introduced in the original series until Super Scribblenauts. So you don’t just have to ask for a “car,” you can ask for a “big car.” Or a “big red car.” Or a “gigantic red car.” And each time you’re going to get something a little different. 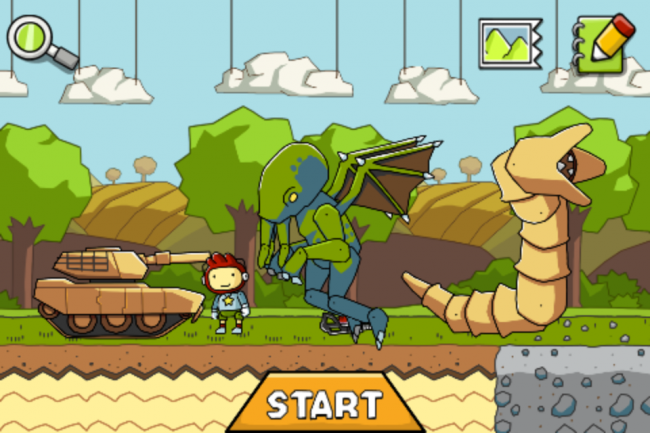 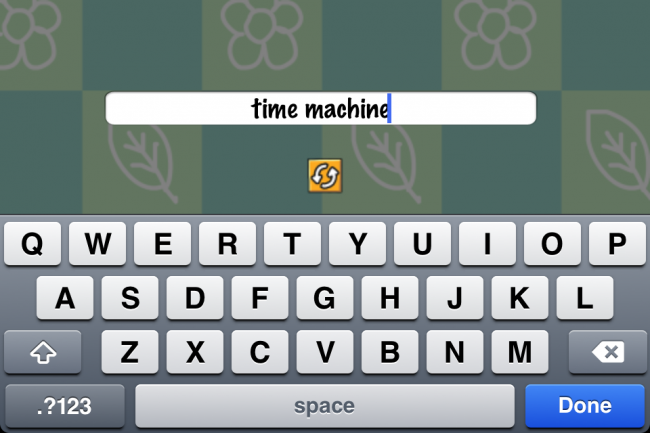 Now – let’s get back to what I said 18 months ago. The original DS game was great, but it also had its problems. By why should the me of today tell you about it? Here’s what the me of 18 months ago had to say: “You create whatever you can think of by typing it in, and on the DS this felt… less than comfortable. The iPhone’s on-screen keyboard is a perfect fit for this one.” Yep – turns out I was bang on with this. iOS gamers are more than used to using a keyboard. DS gamers are not. In this regard, Scribblenauts feels wonderfully natural on the iPhone.

In fact, in all regards Scribblenauts feels wonderfully natural on the iPhone. Not only does Remix make appropriate use of the keyboard, but they’ve made controlling Maxwell feel less clunky, cut out the weaker puzzles, and delivered it all at an iOS gamer friendly price.

Once again, the me of 18 months ago hit the nail on the head: “Honestly, we’re amazed we haven’t seen this happen yet. It’s the type of game that wouldn’t stop selling on the App Store, the quick play nature of each puzzle is a perfect fit for iPhone gamers, and publisher Warner Bros. has yet to have a runaway hit on the device. This should have happened by now. Somebody is really dragging their heels on this one.”

In less than 24 hours since its release, Scribblenauts Remix has already skyrocketed to #3 on the App Store – just behind Angry Birds. I think “runaway hit” status has safely been achieved. Now if only I could predict the lottery numbers…