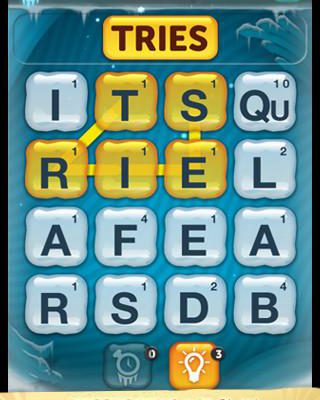 The “With Friends” series keeps getting better with Scramble With Friends

Scramble With Friends is an asynchronous multiplayer word game where you compete with friends and strangers to make up the biggest words and rack up the highest score. Sound a lot like Words With Friends? Well, that’s because the two games are structured nearly identically. it’s just the way you create words that works differently.

Whereas Words With Friends was a mobile (and later Facebook) take on the popular Scrabble, Scramble With Friends is essentially a twist on the Boggle formula. You’re presented with a four by four grid filled with letters and in order to make words you’ll need to connect letters that are touching one another. The process of dragging your finger to connect letters in intuitive and satisfying. 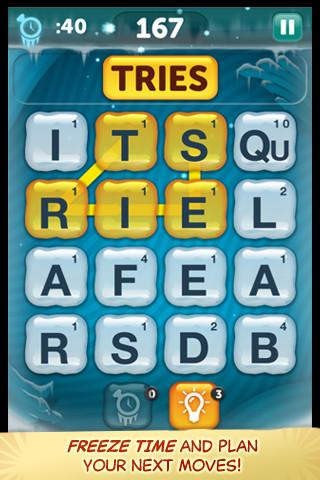 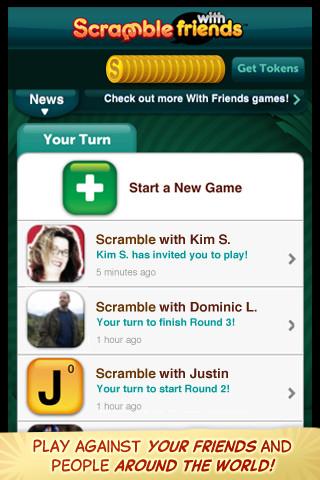 Of course, the real fun of the game comes with playing with friends, and on that front Scramble With Friends doesn’t disappoint. You have the same options available as in other “With Friends” games, which means you can play with Facebook friends, search by username, make Twitter posts asking people to play, or simply play against strangers. The matches themselves are divided into multiple rounds. Each round consists of two minutes, and you’ll be faced with the exact same board as your opponent. Different letters have different point totals, and in later rounds the game introduces double and triple letter and word tiles. Whoever has the highest cumulative score at the end of all three rounds is the winner.

Scramble With Friends also livens things up with the introduction of three different power-ups that you can use at any time in a round. They do everything from temporarily freeze time to rotate the board, giving you a different perspective on things and, hopefully, helping you see words you otherwise might have missed. The power-ups are helpful without feeling they’re doing all of the work for you, which makes them a nice addition, especially when you first start playing. 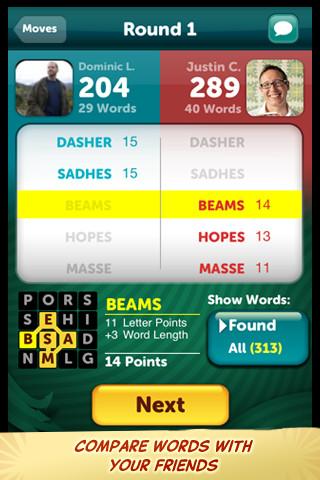 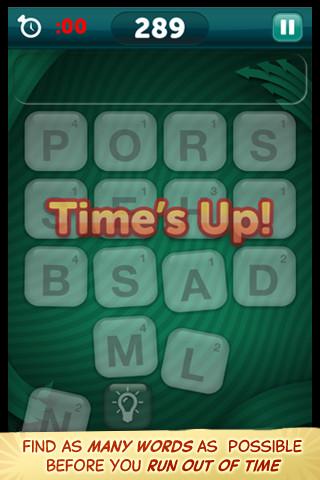 As with past games in the series, this all amounts to a fun and challenging way to play games with your friends, and the asynchronous nature makes it ideal for mobile. The only real annoyance is the inclusion of tokens, which serve as a sort of energy system. You’ll need them to play a round (and they can also be used to take a second power-up into a game) and you can either purchase additional ones with real money or wait for them to regenerate over time. If you’re only playing a few games at a time you’ll likely never even notice them, but they can become a real annoyance when you’re forced to either wait or pay because you have a lot of games going on simultaneously.

Aside from that though, Scramble With Friends offers what might be the most ideal word game in the series yet. The rounds are long enough to be engaging but short enough that you can play them in between other things. This coupled with the refined and accessible “With Friends” structure makes Scramble With Friends one of the better asynchronous mobile games available today.