Home / Reviews / SCRABBLE Pics Review: A Picture is Worth a Thousand Letter Tiles

SCRABBLE Pics Review: A Picture is Worth a Thousand Letter Tiles 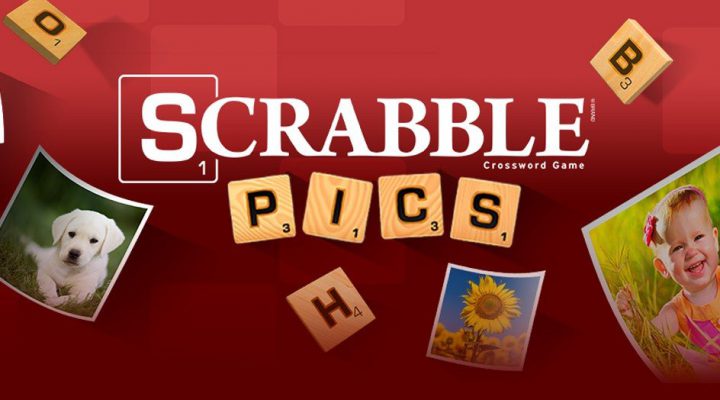 Some puzzles are questionably cryptic.

SCRABBLE Pics is the sort of game you could hand your technologically-inept Grandparent and have them effectively playing the game in seconds. If they can do a crossword puzzle, they can play SCRABBLE Pics.

As fans of fun, accessible mobile games, we consider this to be very much a good thing.

If you’re a fan of word games, you’ll find that, ironically, SCRABBLE Pics has more in common with a traditional crossword puzzle then it does with the game SCRABBLE itself.

In each level players are given a selection of images that they must ascertain a specific word from. There are pictures that run up and across both the x and y-axis of the puzzle, so the words intercross, just like a crossword puzzle. More akin to SCRABBLE, players are also given a handful of letter tiles that they must use to assemble the words to complete the puzzle. So imagine a crossword puzzle where instead of short phrases as clues, you have pictures as clues. That is SCRABBLE Pics in a nutshell. 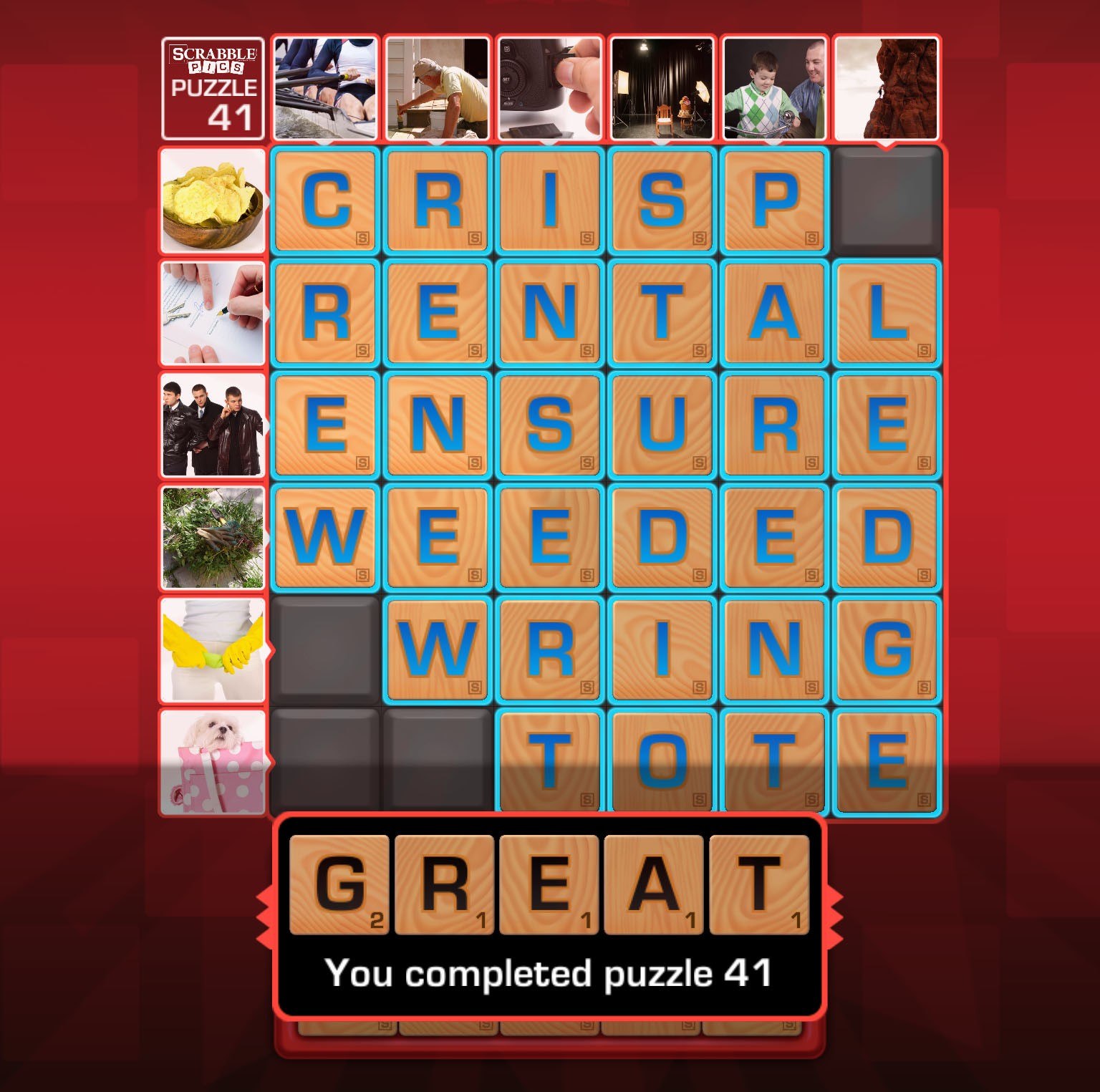 The problem is that some of the picture clues are a stretch, and some are not even correct.

In the first puzzle, for example, is a picture of a Barbary Macaque (you don’t want to know how many animal websites I had to dig through to figure that out), and the solution for the picture of the Macaque is the word “APE”. But, Macaques are monkeys (they have tails…none of the guys in Planet of the Apes have tails, if you recall). The Barbary Macaque is often, incorrectly, referred to as a Barbary Ape.

Later, in the twenty-sixth level, there is an image of a power button that looks suspiciously like the sort seen on the front of an Xbox 360. However, the word solution is “RESET” for a picture of an object most people would refer to as a Power Button. While it isn’t completely wrong, it doesn’t seem like whoever put together these puzzles really paid much attention to the images they were selecting; or at the very least, they colored a little too far outside of the lines when attempting to create a meaningful challenge. 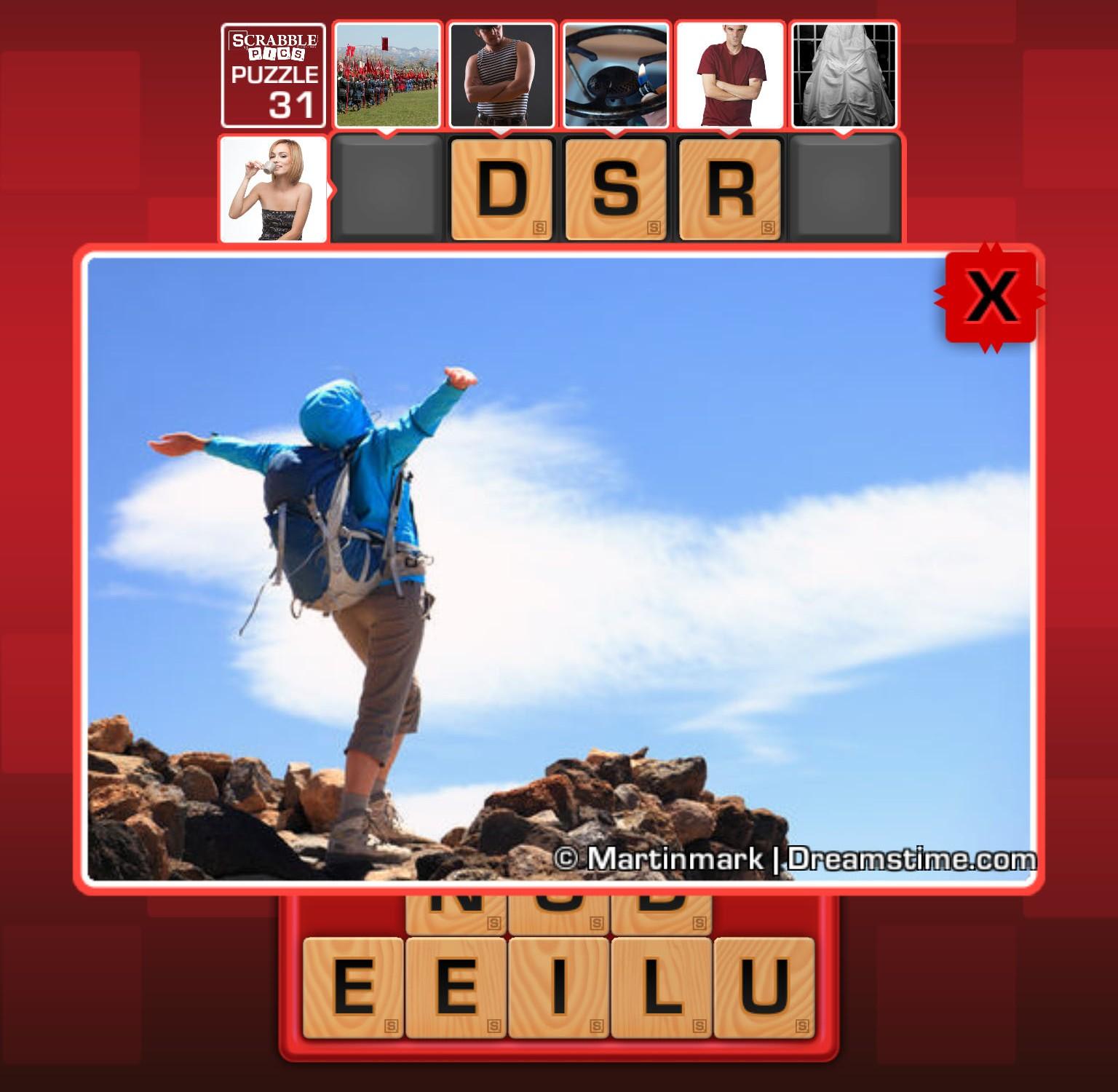 “ALIVE” for the image of a woman standing at the edge of a cliff, “ELITE” for people running in a race…you get the picture. Some of the words are definitely a stretch for their associated images. SCRABBLE Pics isn’t just about finding the words for the pictures; it’s about thinking of the range of words that each picture might represent.

The game doesn’t get harder as the levels go on. The words tend to get longer in the later levels, but there are still some super easy word puzzles in the later levels – puzzle 48 features a bunch of cactus plants, the solution is obviously “CACTI”.

If you don’t know a solution or find yourself stuck, though, SCRABBLE Pics has one fatal flaw that keeps any puzzle from leaving you stumped for long. Because there are only so many letter tiles per puzzle, once you have solved a few of the words, it is very easy to simply re-arrange the letters until a word appears.

That is pretty much what I did in most of the levels; figure out what I could, and just keep sorting the letters around I completed the puzzle. This method doesn’t come with the same sort of satisfaction as solving a crossword puzzle comes with, since you technically have the solution in front of you already. You just have to put it in the correct order.

SCRABBLE Pics is an easy word puzzle game to get into, and it’s fun to play, but there’s no denying that it’s marred by the occasional questionable word-choice and a difficulty level that is lukewarm throughout.

Battle Slimes Review: Have a Goo Slime with Friends