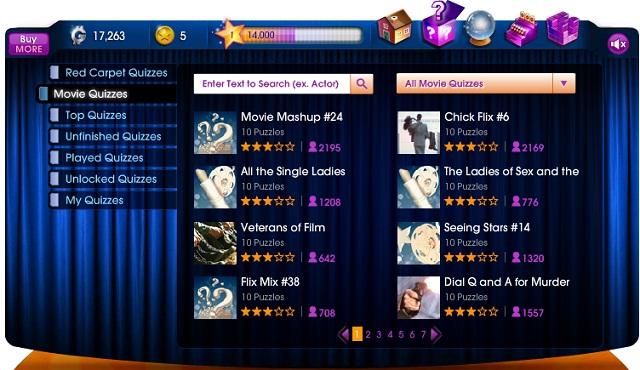 Scene It? on Facebook is a much poorer trivia game than the DVD original.

There’s a school of thought which speculates that the next generation of Facebook games will be dominated not by quick-growing publishers like Zynga who push original IP like FarmVille, but long-established developers that can use popular brands to drive traffic to their games quickly and cheaply. If games like Scene It? for Facebook are all big brands have to offer, though, this probably isn’t going to happen.

Much of the appeal of the original Scene It? board game was the DVDs of film clips and questions that it came with. Based on that, you’d expect a Scene It? social game to incorporate some sort of video clip into the gameplay, even if they were at grainy old YouTube resolution. This is not the case, though. Scene It’s film trivia questions are accompanied by nothing more interesting or immersive than film stills. Even this feature means the game can’t be played by users outside the USA, due to copyright restrictions.

For those of us that can play Scene It?, it’s pretty typical of the sort of film quizzes you get in online games. The questions themselves aren’t terrible and there’s no pronounced problem with question repetition. This is in part due to the fact that some quizzes are user-uploaded, a feature that could transform Scene It into something special in the long run. Right now, though, it’s a little too difficult to distinguish really good quizzes from poor ones. There is a star rating system, but few quizzes are rated anything but three or four stars. 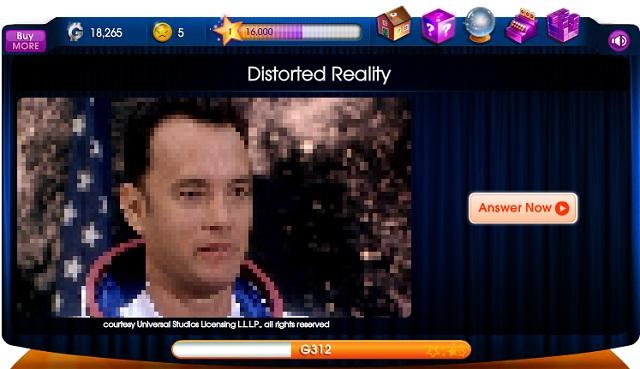 The goal of the game is to answer as many questions as you can as quickly as you can to earn Glitz, which you can spend on customizing your avatar and your virtual Hollywood home. Well, in theory that’s what you do with Glitz. In practice, a simple clothing item like a hat costs more than most players would ever earn in a single day’s play of the game. Most of the virtual goods you’d actually want in Scene It? are prohibitively expensive, which means there’s little incentive to play the game so you can see a virtual space grow or even just have a cool avatar. Instead it will really come down to how well you like trivia for its own sake.

Scene It? tries to go for visual appeal with its flashy interface, which features a lot of animations and the aforementioned movie stills. Despite being less visually demanding than Tycoon and Simulation type games like FarmVille, Scene It runs poorly. It seems to leak memory if you leave the game open for too long, but this isn’t really a title that’s friendly to being played in short bursts. If you’re in the mood for trivia then generally you’ll want to be able to play for at least around an hour. 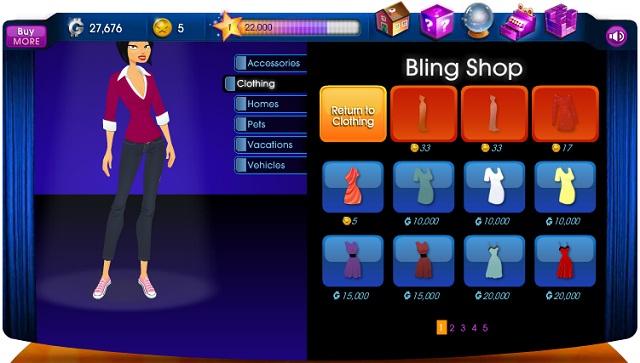 Scene It? is a game that could turn itself around in the future, though. It has a Predictions feature that asks a player to make a prediction relating to a certain pop culture or movie trend (as of this writing, you’re challenged to guess winners for the MTV Movie Awards). This feature updates rapidly and generally there’s a new quiz added on most days. Most of Scene It?‘s other problems could be easily dealt with in game updates, too. So while Scene It is not really worth a player’s attention now, that might change over the course of the next few months.