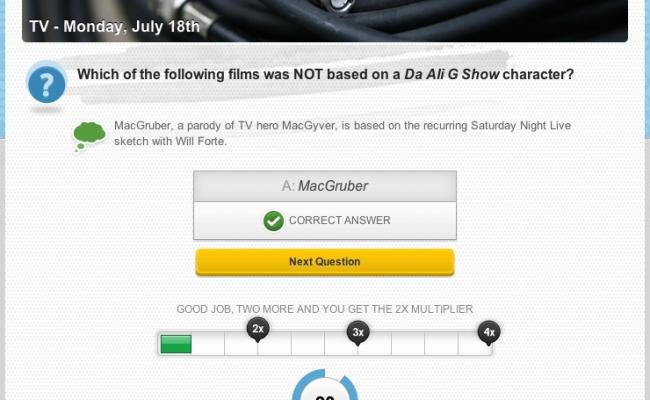 Scene It? Daily is a simple trivia game with some Scene It? branding

The Scene It? series is best known for incorporating video clips into DVD-based trivia games. You watch a clip, and then answer a question based on what you just saw. It’s simple, but it managed to spawn a wide-ranging franchise that covers everything from film and television to music and sports. Scene It? Daily, eschews the video portion, and instead presents a barebones triva game about celebrities and pop culture. It’s surprisingly feature-light and in many ways doesn’t really feel like a Scene It? game at all.

As the name implies, Scene It? Daily presents new quizzes each day, which fall under four different categories: movies, TV, music, and celebrities. Each daily quiz consists of six multiple choice questions. You’ll be timed, so while the option to simply Google the answers does exist (even if it does ruin the fun a bit) you’ll need to be relatively quick to do it in time. You can go back and play through quizzes you may have missed in the last five days, and there’s an overall leaderboard to see who has amassed the most points thanks to their pop culture knowledge. 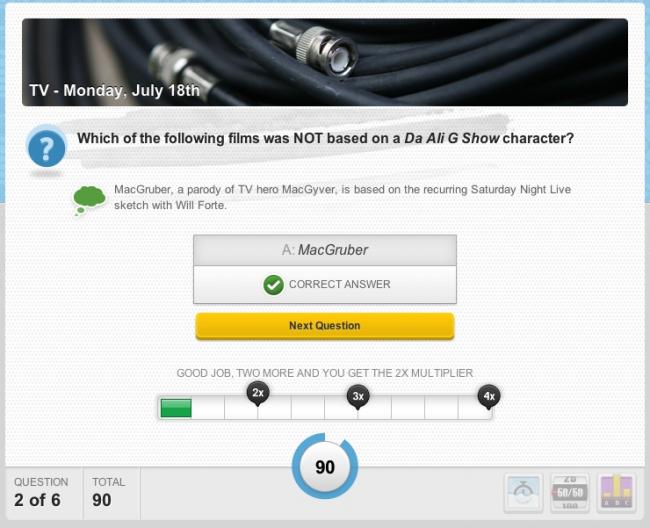 In order to play through a quiz you’ll need a ticket. You get two free tickets each day, but the rest you’ll need to pay for. The tickets are actually pretty reasonably priced, but at the same time the two ticket restriction does feel a bit stingy, especially considering how short the quizzes are. If you don’t plan on spending any money on Scene It? Daily you have maybe two or three minutes worth of gameplay to look forward to each day.

And that’s about all there is to it. There’s no visual or audio component to the game, it’s simply answering multiple choice questions on pop culture. And while the questions are relatively well written, and extremely current thanks to the daily structure, it all feels a bit lacking especially if you’re going into the game looking for a traditional Scene It? experience. 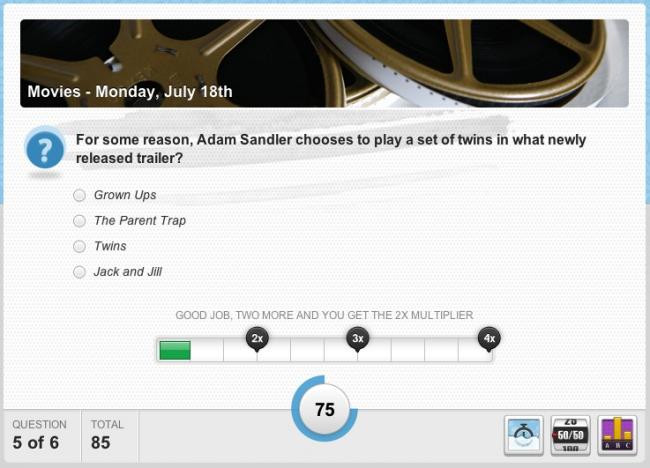 One place where the game does succeed, though, is with its seamless cross-platform play. You’ll get the exact same experience whether you’re playing on Facebook or your smartphone, and thanks to Facebook Connect your progress carries on between the different versions of the game. From what we can tell the game plays identically on all platforms, aside from some noticably long loading times in the iOS version.

Of course, while cross-platform play is a great selling point, it doesn’t mean much when the game isn’t that fun to begin with. Scene It? Daily is little more than a simple pop culture quiz with the Scene It? branding. The daily structure means that the questions are up to date and timely, but in the end that’s all they are: questions, with no video or audio component to make this anything other than a simply trivia game.